When Instagram started, in 2010, probably no one would ever imagine how this smartphone app would grow to be so influential. Instagram is an online photo-sharing, video-sharing and social service available on iPhone and Android smartphones, who has reached now more than 150 million users. With Instagrams, users are able to record and share not only pictures, but also short videos lasting for up to 15 seconds. Its distinctive feature is that it confines photos to a square shape, similar to Kodak Instamatic and Polaroid images, in sharp contrast to the 16:9 aspect ratio normally used by mobile device cameras.

The success of Instagram has been attributed to it´s easy and intuitive interface that is perfectly adapted to the quick pace of our days.  It makes photos that capture the most remarkable moments of our lives, transforming these into stunning photographs, with a series of filters that you can opt to apply in seconds.  Instagram’s most popular settings make your photos look like they were taken with old-fashioned cameras, like the ones my father used to make of my childhood, spent during the seventies. Curiously, younger generations, such as Millenials and the ones after, also feel compelled to blur, tint and reframe pictures transforming them into snapshots that strangely resemble the ones taken by the seventies  Instamatic cameras or the Polaroid cameras. New generations of instagramers bring back the past into the “now” and construct a labyrinth of images tinted by the colours of the Golden times of “Kodak”. When we quickly choose to apply a filter to our photograph, we are not only applying a filter: A filter transforms the photography into a meta-commentary — a thoughtful aesthetic and narrative choice.  Instagram plays with the cyclic longing for the past, a past that is nostalgically seen as “nicer” by filtering the present. By transporting the images of our contemporary lives into a filtered past, Instagramers become time travellers navigating a photographic time machine, that transform the casual picture into a story.

But it´s not only Nostalgia that explains the success of Instagram. The app  integrates effortlessly with other social sharing platforms such as tumblr, facebook, pinterest, and an increasing number of websites and platforms allow Instagram users to share and buy physical products of images.  It connects and entertains people and it allows them to tell their story in a “arty” way.

Instagram was launched in October of 2010, created by Kevin Systrom and Mike Krieger. In January of 2010,  Kevin decided to show a mobile app named Burbn (after his drink of choice) to a couple of investors at a party. The concept of his app was still slightly undefined: it was a location-sharing app similar to  foursquare that had a photo-sharing functionality. The investors became interested and decided to invest $500,000. Systrom began looking for a co-founder and found Mike Krieger, a Brazilian coding expert who was as well a Stanford Graduate that had studied symbolic systems.

Kevin Systrom and Mike Krieger, the founders of Instagram

After a short time working together, they realized that Burbn as a product wasn’t possible, as the idea was too complicated, but Systrom, who was interested in photography, decided that the company should focus on the side photo component they had been developing. When Apple’s iPhone 4 came out, they found the perfect device to match the app they were developing. Users could use their app to take a photo, make minor adjustments, add a note and share it. They renamed the app Instagram, as it was an instant telegram. Instagram experienced tremendous success on its launch, as it gained 25,000 users in the first 24 hours.  In April 2012 Instagram was bought by Facebook for approximately US$1 billion in cash and stock, which rouse astonishment as the  company was characterized as having “lots of buzz but no business model”. The price paid by facebook to acquire Instagram sharply contrasted with the $35 million Yahoo! paid for Flickr in 2005.

On December 17, 2012, Instagram updated its Terms of Service, granting itself the right to sell users’ photos to third parties without notification or compensation starting on January 16, 2013. This notice prompted a large wave of criticism leaded by privacy advocates, consumers, National Geographics and even celebrities like Kim Kardashian.  Instagram decided to retract by publishing a statement cancelling the controversial terms.

Lately, Instagram has been discovered by Business. Various businesses started to use it and some of these are corporate brands such as Starbucks, NASA, MTV, and NBC News.  Instagram even started a tumblr dedicated to provide the latest news and developments happening with Instagram that can be used to improve or make branding of businesses, and last October they  launched an image that previewed how sponsored images on instagrams could look like.

Instagram success as a business tool might have to do on a timeless truth that is strongly conveyed  by the app:  Nostalgia sells. Businesses and advertisers have known for years that nostalgia sells, that the products popular during a person’s youth will influence their buying habits throughout their lifetime. Nostalgic images in advertising permeate the market. David Sprott, an associate professor of marketing at Washington State University and the author of several studies on the topic of Nostalgia refers how: “When things are uncertain in the present time, looking backward is a comforting thing for people to do”.Nostalgia permeates the marketplace, for instance in the form of retro-branding, but also with new brands that aim to evoke nostalgic feelings. Nostalgia has been described as “an individual’s longing for the past, a yearning for yesterday, or a fondness for possessions and activities associated with days of yore”, and it  refers back to the Greek words nostos and algia meaning ‘to return home’ and ‘pain’. According to this view, nostalgia is a bittersweet emotion caused by a longing for returning home, that evokes the paradise lost. Evidently, Instagram builds on this longing for a rose-tinted view of our lives. As Amanda Petrusich says: “Instagram’s neatly and easily updated nostalgia is, in many ways, its biggest selling point, finding new ways to mimic the past”.  Businesses are as well entering and contributing to the gigantic wave of instagramers, that are transforming our world in a wonderfully tinted labyrinth of images that play with time.

More information about the history of Instagram can be achieved in this beautiful timeline, done by visua.ly. 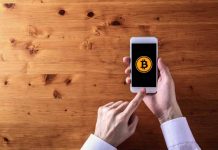 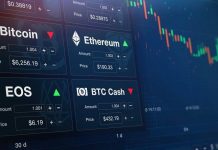 Best Apps For Trading Crypto In 2021

How to Keep on Top of Data Security This Year

Why Are Huddle Boards Important For Collaboration?

Credit Score Improvement – Find Out If You Should Utilize a...