It has been an exciting year in Business Intelligence and business analytics. Many leading BI companies and providers are finding innovative solutions to the mobile and big data challenges that lie ahead. In keeping with last year’s trends, BI companies have continued development in Big Data analysis, cloud computing and mobile BI integration.

However, within the past year, there have also been notable acquisitions, exciting announcements and rebranding efforts, that have affected the world’s largest vendors of BI technology and analytics, including IBM’s rebranding of its Cognos BI software, QlikTech’s acquisition of Swedish company NComVA AB, and SAS’s wave of new High-Performance Analytics software.

Both the global BI mega vendors and the smaller rising stars of the BI and information management world, have begun looking beyond last year’s trends, focusing now on offering a wider array of tools and analytics to companies of all sizes, delivering deeper understandings of data and improving the business process, while reducing costs.

The top Business Intelligence companies are continuing to focus on enhancing collaborative BI, user-friendliness, and self-service capabilities. That’s what IBM says is behind its recent rebranding of its Cognos Insight Self Service BI platform, first released in early 2012.

Its updated IBM Cognos 10.2 Enterprise has a new Cognos Workspace dashboard interface and also features Mobile and Cloud capabilities along with a new Visual Recommender in the Cognos Workspace that applies data visualization theory in order to aid users in selecting the appropriate charts and graphs to display their data.

Another exciting development has been with SAS, which recently made three major announcements at the Global Forum held in San Francisco this spring, as it prepares for the launch of six new high-performance analytics products in June. The push by SAS to deliver more powerful in-memory analytics processing and open-source BI solutions has been a major part of its strategy, following up on its upgrades to its Visual Analytics Apps last March, says Doug Henschen, in SAS Makes Triple Play.

“Critical to QlikView’s success is that it is both gorgeous and genius,” says Deighton. “We call the visualizations gorgeous and the associations genius, and you would not want to have one aspect without the other. NComVA’s technology and its people will help broaden our advances in visualization … It’s the freedom to ask additional questions and see new relationships revealed through visuals and associations combined.”

QlikTech’s emphasis on beautiful design has put it among Forrester Wave’s list of companies that are quickly becoming the competition of the global leaders in ADV platforms. According to Forrester Wave’s report (Q3 2012), the leading ADV business intelligence vendors, based on 29 criteria, include Tableau Software, IBM, Information Builders, SAS, SAP, Tibco Software, and Oracle. However, it says that along with QlikTech, Microsoft, MicroStrategy, Actuate, QlikTech, Panorama Software, SpagoBI, Jaspersoft, and Pentaho are the rising stars that are “close on the heels of the Leaders.”

Among the rising stars is Pentaho. The “High Growth BI Software” company recently earned a high ranking from its customers based on a 2012 Wisdom of Crowds® Business Intelligence Market Study conducted by Dresner Advisory Services, LLC. According to its press release, Pentaho Earns High Ranking From Customers in Business Intelligence Survey, it was named Best in Class for “sales flexibility/accommodation, contractual terms and conditions and follow up after the sale; also forintegration with third-party technologies, customization and extensibility, technical support continuity of personnel and time to resolve problems andconsulting continuity of personnel and value,” and was also called a “standout” for increasing its performance across all measures.

Last but not least, another exciting emerging Business Intelligence vendor is Yellowfin, which for the second year in a row ranked first in Dresner Advisory Services’ 2013 Wisdom of Crowds® Business Intelligence Market Study. According to Yellowfin’s press release, the company earned a perfect Recommend score as well as “best in class” on all around measures. Yellowfin offers a vast range of options for data visualization, including increasing user-interactivity with the graphs and charts they create.

It is clear that to be competitive in 2013, Business Intelligence companies must embrace self-service, mobile BI and advance data visualization in innovative and cost effective ways. 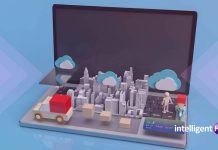 The Trends Transforming The Financial System For The Advent Of Web 3.0

Search Engines for the Mobile Era

8 of the Biggest Fortunes Ever Lost