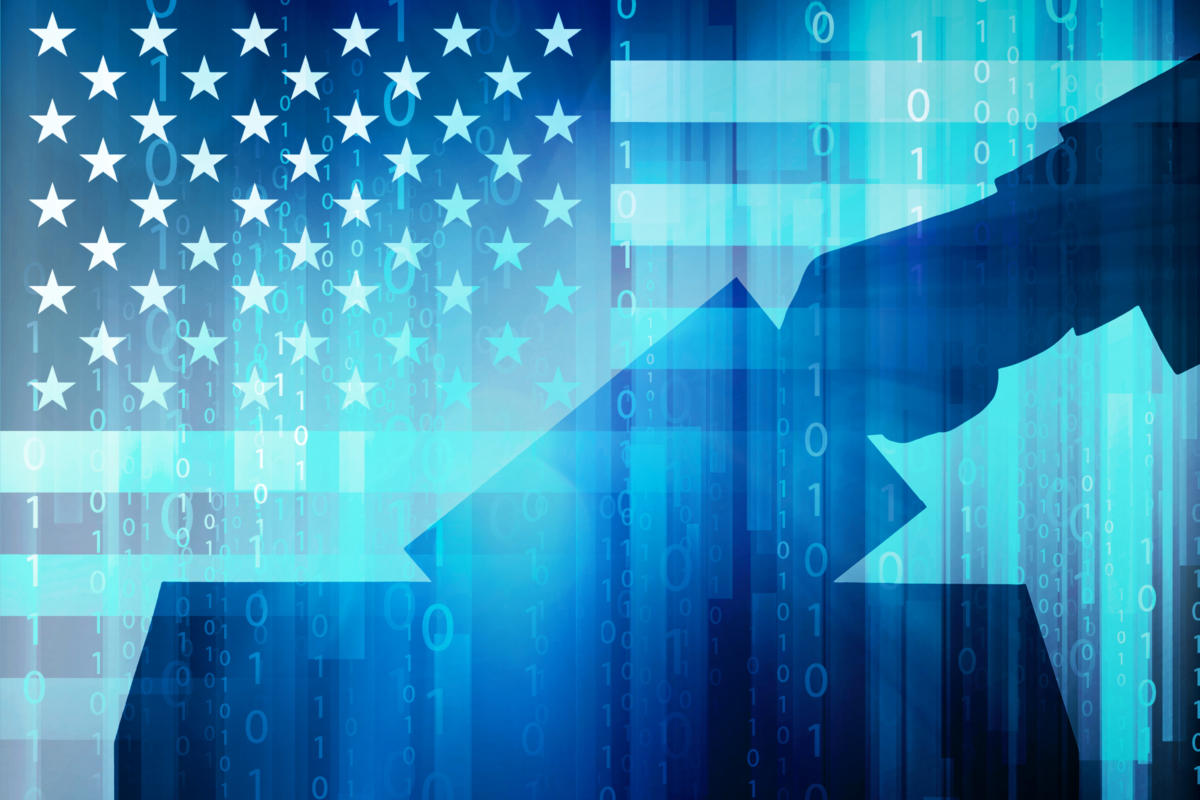 Using the latest models in analytic science, RavenPack is analyzing sentiment, media attention and historical voting patterns to predict the U.S. presidential election in 2020. And now this U.S. Elections Monitor Tool is fully integrated in citiesabc.

The United States will hold its 59th presidential election on November 3, 2020. COVID-19 and an unsettled economy have added a new proportion to what may have already been a landmark U.S. election cycle. Binding President Donald Trump (R) is running for re-election, while with a plurality of pledged delegates, Joe Biden became the presumptive Democratic nominee on April 8, 2020, after Sen. Bernie Sanders suspended his presidential campaign. Two more candidates complete the roaster, Howie Hawkins (G), who became the presumptive Green Party presidential nominee on June 21, 2020; and Jo Jorgensen (L), who was selected by the Libertarian Party as its presidential nominee on May 23, 2020.

The race is on and traditional and new predictive models are at full speed to try to figure out who is winning the presidential race. To date, traditional election prediction models have typically relied on polling data to forecast the winning party candidate, with varying levels of accuracy. Under-sampling and over-weighting of certain groups, socially desirable
responding and other biases have proven problematic to correct for when collecting and analyzing polling data.

In fact, US voters casting their votes early with the number of 40% or by mail in 2016 and a growing tendency among voters to not reveal they’re true voting intentions on Election Day, exit polls have become largely unstable. Exit polls in 2016 suggested that the UK had voted to stay in the European Union, while U.S. voters were forecast to have elected Hillary Clinton to the White House.

That is one of the reasons why data analytics platform for financial professionals RavenPack launched a new U.S. Election Monitor Tool using the latest models in data science and analytics to correct such issues. Using historical state voting percentages as a benchmark, RavenPack simulates thousands of state-level election scenarios in our probabilistic model by applying tilts to the baseline percentages according to a set of indicators derived from RavenPack News Analytics. As of today, this model correctly predicted the winning candidate in four out of five elections, with a confidence greater than 75%.

The tool, fully integrated now on citiesabc, uses a methodology that takes into consideration different data points and sources. “Given the nature of the U.S. electoral college and the fact that many states typically vote in a relatively predictable pattern, each election outcome comes down to the final results from a handful of swing states. It is, therefore, reasonable to use the results from the previous election cycle as our prior baseline distribution. In 90% of cases, these results offer a reasonable guess as
to how the people in a given state are going to vote in the following election. Starting with the percentage of votes from the prior election cycle as our benchmark, we simulate thousands of election scenarios by applying tilts to the baseline percentages using random variables drawn from distributions based on a set of RavenPack News Analytics indicators,” the company stated in a White Paper.

The US Election Monitor Tool offers the fastest and most reliable election results:

· We count and verify returns and winners for president, U.S. House and Senate, governor and other statewide offices

· Language options include Spanish, Chinese, German and French (others available on request)

Trump vs Biden: who is leading the 2020 US election polls?

The winner of the 2020 presidential election will be declared into office on January 20, 2021. Overall government in election results may involve more than one candidate’s success, and it may influence divided vs. unified government likely is a better predictor of future policies, than which party’s candidates come out on top. It will take 270 electoral votes to win the 2020 presidential election.

Before the election with just three months ago, national polls show the previous vice-president Joe Biden and the Democratic Party’s supposed candidate, at a vital advantage over incumbent Republican president Donald Trump. Due to the US Electoral College system, the result will become down to a few key states. Currently, Mr. Biden is polling ahead of Mr. Trump in key battlegrounds like Florida, where COVID cases have risen in recent weeks. White seniors, in particular, a group that helped impel Mr. Trump to victory in 2016, have shown signs of disapproval towards the president’s handling of the pandemic.

2020 US Election: 5 themes to Watch for Investors

US Elections have a massive impact on global investment as candidates have different approaches to solve challenges. That is why is so important to have accurate predictive models before the US Elections actually takes place. For this year’s election there has been a major worldwide crisis: the coronavirus crisis. “We incorporate two new developments since last November former Vice President Biden as the Democratic party nominee and the societal impact of COVID-19 into our ‘plausible policy paths’ framework to help investors make sense of the upcoming U.S. election,” says Michael Zezas, Morgan Stanley’s Head of U.S. Public Policy Research. “Our approach focuses less on gaming out the election and more on the post-election policy path. We think this is more important for investment strategy, both pre- and post-event, as it helps investors avoid mistakes.”

In the US election following are the five themes to watch for investors:

This cycle is much higher than in past elections. It offers equally even odds for Biden and President Trump; although a recession usually weighs on the mandatory, Biden isn’t a shoo-in. Trump and Biden are also viewed as net trusted on different, but crucial, issues, such as the economy, healthcare, COVID-19 response and China policy.

It is a likely side effect of plausible policy paths in either “party sweep” scenario one party gaining control of the White House, Senate and House of Representatives. However, neither party is considered likely to secure anything beyond a slim majority control of Congress. As a result, the laws that can be enacted are limited to those favored by consensus within the controlling party. In short, legislative power would accrue to moderates, making it tough for either side to enact bold policies.

3. The election will act as a catalyst

It is influencing the economy, macro markets and key equity sectors. One reason: Voter choices will ultimately dictate what kind of fiscal stimulus “boost” could be used in early 2021 to mitigate COVID-19’s economic damage. Biden’s more progressive policy platform could bring greater government involvement in healthcare and a climate-change agenda that may significantly affect the macro and equity sector outlooks.

4. Investors may misread the “Blue Wave.”

The potential for a unified government outcome, particularly a Democratic one, are higher than in recent cycles, and markets could become more reactive in anticipating a Democratic sweep. Those who see a Biden win as bullish could be disappointed if market rallies in consumer staples and machinery stocks stall on a China policy that could wind up relatively unchanged. On the macro side, a Democratic sweep may result in demand-side stimulus policy, which could have a meaningful multiplier effect for economic growth.

This is between the U.S. and China. The report notes that voter skepticism about China has been rising on a bipartisan basis for many years. Given policymaker actions on both sides of the aisle, the report questions the notion that a Biden win would ultimately bring meaningful change to U.S.-China policy.

Check out the US Elections Monitor Tool on citiesabc to know more.

Blockchain As An Environment Game Changer?

How the Online Marketplace Model is Changing the Luxury Goods Sector

Reasons to Get Insurance