Share
Facebook
Twitter
Linkedin
Telegram
WhatsApp
Almost half of the UK’s workforce want to go freelance according to ETZ Payments, but the rapidly growing sector has little support from government.

The recent proposals made by the UK Government have set out some broadly positive messages for freelance workers and also the wider community that is the gig economy. But looking beyond the grand proposals, what is actually being done to safeguard the rights and livelihoods of these workers?The proposal of a National Infrastructure Strategy to improve nation’s digital could help the increasing number of freelancers across the UK who require high speed internet connections in order to carry out and deliver their work to a high standard, while the recent announcement of a new Pensions Bill, introducing a pensions dashboard to enable freelancers to bring their savings together in one place, could also help many self-employed workers to simplify their savings. However, while these commitments are seemingly positive, the government to this point has done very little to support the burgeoning population of freelancers.

Proprietary research from ETZ Payments reveals that over a third of Brits – 35% of British workers – would rather have flexible working options than a pay rise, while nearly half of the UK workforce – 47% of British workers – would convert from 9-5 to working flexibly if they knew that they would get paid regularly. It is clear that the rise of the freelance worker is only going to continue, but it seems like there is little tangible support from the government to encourage this growth.

In 2019, more than 700,000 self-employed workers missed the January 31 tax deadline due to a lack of knowledge and support. And, this picture is likely to get worse; In April next year, the new IR35 tax legislation will directly impact a large proportion of freelancers and could spell disaster for thousands of freelance workers and sole traders, but most are still confused about what they will need to do, as the government has made little to no attempt at providing simple and accessible information about the legislation change.

Furthermore, the financial struggles faced by freelancers represent a source of constant problems which hold back the sector from flourishing. IPSE research has found that freelancers spend an average of 20 days a year chasing invoices for late payment, whilst young people choosing this type of employment are often exploited, with almost half having completed work they were never paid for. Research from ETZ Payments found that 15% of freelancers in the UK have had to turn to payday lenders due to inconsistent payments from their work. In London, this results in 1.4 million people turning to short term finance to help them balance their books.

Nick Woodward, CEO and Founder of ETZ Payments, has commented on what more banks, financial service providers, and recruiters can do to help freelancers:

“In the UK, the demand for highly skilled flexible workers is at an all-time high, with more and more small businesses looking to employ workers on short term, flexible contracts. However, gig economy workers at every skill level can be victims of unfair treatment purely due to the nature of their work. Yet, where one would expect government legislation to protect and support freelancers in their efforts, given the growth of the sector, freelance workers are let down by the government and financial institutions alike.

Banks are extremely cautious when lending to freelancers, even if they are earning six figures a year, as a result of the irregular payments that gig economy workers receive. That is why ETZ Payments is advocating and adopting same-day payments for the freelance recruitment sector to help stabilise potential payment issues for high-skilled flexible workers. I also strongly believe that the government must recognise the growth of the freelance sector and recognise its potential – in the future, flexible and freelance working is likely to take over as the most popular and prosperous form of working, but this transition could be immeasurably more efficient and profitable if the government were to facilitate it.” 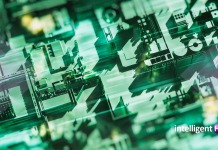 Building The Noah Archive Of The Mind: The Human Brain Project

Cryptoeconomics: Education Of The Future

Interesting And Random Facts And Uses For Bar Codes