• Four Facebook-owned social platforms appeared among the ten most downloaded apps of 2020, with a combined figure of more than two billion downloads

• A recent poll suggests that approximately 60% of Facebook users will access the app at least once a day – but in America, almost 40% feel that it has a negative impact on society

• In the UK, one in three residents feel that social media negatively affects their mental health 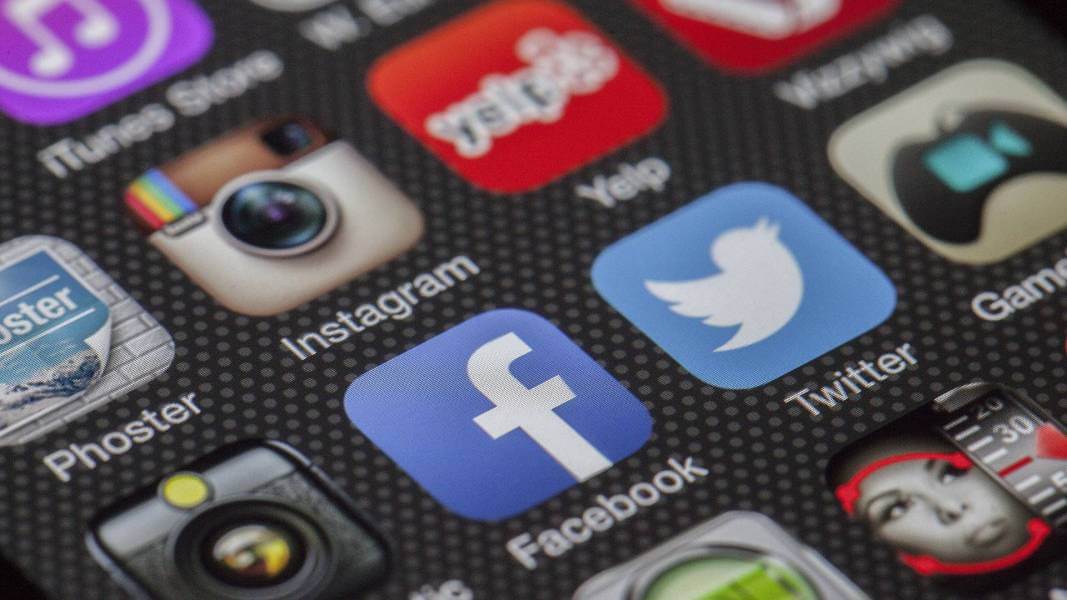 During a week populated with social media outages and data leaks, a new study shows that while Facebook dominated the 2020 app market in terms of global download figures, public opinion on social media – and its effects on society in general – is far from positive.

Research conducted by app development company Bacancy Technology shows that Facebook-owned apps took up four spots in the Top 10 most downloaded apps of 2020, with a combined total of more than two billion downloads – a figure that accounts for 46% of the total numbers within the top 10 list.

Further research conducted by Techjury.net shows that the average Facebook user spends two hours and 24 minutes each day on the app. In the UK, 57% of adults over 16 used social media apps in 2015, which had increased to 70% [AM1] – around 38 million UK residents – as of last year.

Despite statistics showcasing the monumental popularity and usage of social media apps in general, opinion polls have surfaced in the wake of the recent outages of Facebook, Instagram and WhatsApp, revealing the global “reality” that exists for social media users.

A country-wide poll within the United States suggests that 39% of American adults see social media as having a negative impact on society. Furthermore, 95% of readers of a Washington-based news website voiced the opinion that social media was bad for one’s health. Returning to the UK, a YouGov poll indicates that one third of the country’s adult population – just under 18 million residents – report feeling that social media has had a negative effect on their mental health. This statistic has rested around this percentage since at least 2019, and the most recent figures (drawn from July of this year) indicate that those aged 24-49 represent the highest percentile of this opinion – at almost 50%.

It seems that Facebook itself is not unaware of the potential dangers of its platforms; The New York Times recently reported that the social media giant had halted development of an app aimed towards children, as a result of such concerns:

“Facebook said on Monday that it had paused development of an Instagram Kids service that would be tailored for children 13 years old or younger, as the social network increasingly faces questions about the app’s effect on young people’s mental health.

“The pullback preceded a congressional hearing this week about internal research conducted by Facebook, and reported in The Wall Street Journal, that showed the company knew of the harmful mental health effects that Instagram was having on teenage girls.

“Facebook said it still wanted to build an Instagram product intended for children that would have a more “age appropriate experience,” but was postponing the plans in the face of criticism.”

Regardless, smaller studies conducted by regional news sites indicate that despite these statistics, use of social media apps remains a daily ritual for many. A poll of over 13,000 individuals hosted on Irish news website thejournal.ie reveals that a little over one third of participants report using Facebook at least once a day. A Canadian news outlet covering the province of Ontario collected data from users earlier this year indicating that a majority of 38.67 % participants use the app “several times a day”.

With many expressing the view that social media has a negative impact on society and their mental health, yet openly admitting regular daily usage, the question arises of whether social media usage has the potential to develop into an unhealthy addiction. Presently, there is no official medical diagnosis for social media addiction; the American Psychiatric Society does not class it as a behavioural disorder. In the current Diagnostic and Statistical Manual of Mental Disorders (DSM), “internet addiction disorder” is listed as a “condition for further study”. Even so, the websites of America’s Addiction Center and Healthline are among a number that now house sections dedicated to offering advice and support on the subject.

Commenting on the findings, a spokesperson for Bacancy Technology said: “Social media has become a part of everyday life, and it is vital that we are able to trust those holding the “keys” to our modern social interactions to act with society’s best interests at heart. That said, individual users should also be conscious of the amount of time spent on these apps, as well as the nature of content they are both consuming and creating. The globe-spanning connectivity offered by social media apps still has the potential to offer overwhelmingly positive implications, but it should be treated with care and used wisely to avoid any possible negative effects.”

Entrepreneurs Beware: Don’t Be Caught Out by Rookie Financial Mistakes