Why is it that some people can become entrepreneurs while others don’t? They have in many explanations some experimental some psychological and even economic. All of these factors are somewhat plausible, if you accept that entrepreneurship is a complex subject and no single rationale for its existence can be complete. Entrepreneurship is one of the most important phenomena in any modern society and the findings of this Ewing Marion Kauffman Foundation survey shows that the entrepreneurial instinct like many other human behaviors is imitative. 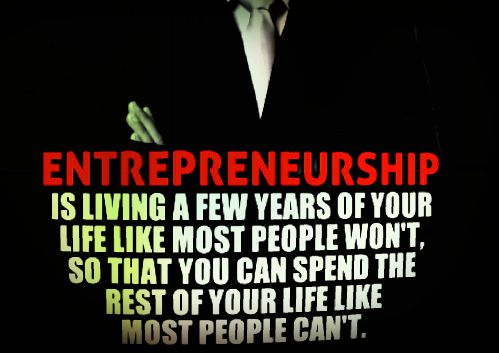 Just like a good video, entrepreneurship is spreading and has the ability to go viral, according to the recent U.S. Survey. There are two types of entrepreneurs, those who concentrate on fast growth companies and those who dedicate their skills to running tiny localized businesses. The Kauffman Foundation looked at entrepreneurs who learned less than US$25, 000 and those fortunate enough to whom approximately US$100, 000 to 150,000. Those in the higher income bracket were twice as likely to know a growth entrepreneur than those in the lower income bracket.

The new paper “Getting the Bug: Is (Growth) Entrepreneurship Contagious?” presents the results of a survey of 2,000 Americans asking whether they knew entrepreneurs – both in general and specifically “growth” entrepreneurs whose ventures add more employment and wealth to the economy – and if they themselves were entrepreneurs. The data then was analyzed by age, gender, geographic region and income level.

“Our goal was to discover whether entrepreneurship is an imitative behavior,” said author Paul Kedrosky, Kauffman Foundation senior fellow. “If so, increasing people’s exposure to entrepreneurs – particularly growth entrepreneurs in areas like software, the Internet or biotechnology – could generate more new entrepreneurs and by association, more economic growth.” Kedrosky said, this preliminary research has clear implications for future entrepreneurship programs.

“While the results don’t show specific causality, the connection between knowing and being an entrepreneur is strong,” he said. “Funding and programs to encourage entrepreneurship and wealth creation can have an impact simply by bringing together entrepreneurs and non-entrepreneurs, particularly among those groups who have the least exposure currently, and helping it go ‘viral.’”

How to Make the Right Decisions for You

9 Wise Moves for Those Stuck in Student Loans

Zero Latency: A Dream For Businesses

How AI can help small businesses