Banking institutions that fail to invest in mobile technology and crowdfunding platforms risk being sidelined by a wave of ‘disruptive innovation’, according to economists at US bank BBVA Compass. BBVA Compass is a Sunbelt-based financial institution that operates 688 branches, including 352 in Texas, 90 in Alabama, 78 in Arizona, 64 in California, 45 in Florida, 38 in Colorado and 21 in New Mexico.

The financial industry faces its most dramatic transformation in modern history because of increased online and mobile device usage, which will make banks more productive but also boost competition from nonbanks, BBVA Compass economists say in their latest report. This “transformation will result in a more efficient financial system that will be in a stronger position to support economic growth and wealth creation,” the economists say.

Every quarter, the bank’s economic research team publishes its Economic Outlook, a report focused on a variety of issues that affect the U.S. as a whole as well as the Sunbelt states where BBVA Compass operates.

In the recently released second quarter outlook, the economists examined the U.S. economy, interest rates and technology topics, including mobile banking and crowdfunding, also known as crowdsourcing. The increasingly popular trend of crowdfunding allows businesses and individuals the opportunity to raise money from a large pool of people and provides an unprecedented source of capital, the bank’s economists say.

“To succeed in this new hyperconnected and competitive environment, banks will have to follow a customer-centric approach and offer simple, user-friendly and effective products, with a high level of transparency and security,” Chief Economist Nathaniel Karp wrote.

Banks are ahead of the curve in mobile technologies, the bank’s economists say, after examining a 2012 Federal Reserve Board survey about mobile banking.

“Mobile banking will increase the productivity of the industry as banks will have more information and ways to efficiently target users; however, these technologies are also bringing more competitors: highly sophisticated platforms with innovative business models and very low operating costs,” according to the economists.

Economists also conducted a state-by-state budget analysis in the wake of the recession that led to unprecedented fiscal imbalances. The fiscal situation has improved greatly, with states such as California reporting budget surpluses for the first time since the recession. However, states need to make tough longer-term decisions about how to manage crises and balance fiscal prudency with broad initiatives on infrastructure and education, among other choices.

The economists’ fiscal stress test, which measures the cyclical and structural risk factors as it relates to a state’s fiscal situation, found Tennessee the least stressed and California, despite its progress, the most stressed. Texas and North Dakota also measured well in part because of strong oil and gas industries.

Karp and his team analyze the U.S. economy and Federal Reserve monetary policy. For their analyses, the economists create models and forecasts for economic variables such as growth and inflation, as well as for monetary policy and other industries. 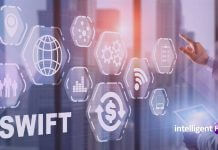 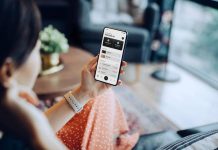 How To Prepare For Your Next Career Move

This year’s European Social Innovation Competition is to Reimagine Fashion by...

Openbusinesscouncil Summit Is Live Focusing On the Impact of Covid-19 and...