According to a recent study, by American Express, the number of U.S. businesses owned by women has increased to 59% and generated more than US$1.3 trillion in revenue, while employing approximately 7.8 million people. The report is titled State of Women-Owned Businesses Report from American Express Open, a small-business arm of the company. Other key takeaways, include the fact that women owned firms in the United States, exceed the overall sector grew treats in seven of the 13 most populous industries and that one in five US firms would revenue of over US$1 million is owned by a female.

The woman versus work controversy continues to rage. There have been many reports that some sectors remain firm barriers to women, technology being one of them. The media have focused quite a bit on prominent female business leaders such as Yahoo’s Marissa Meyer on her work policies or or the debate Sheryl Sandberg’s Lean In book continues to generate. Entrepreneurship remains still a traditional male dominated arena and female business owners may still find there are significant obstacles. 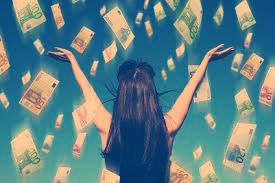 Some may even think they need to act like men to overcome them, since as a business owner, you in a constant state of deal negotiation perhaps with a lot of male executives, it can be intimidating and some women may think they need to project a stereotypical male attitude. This is definitely the wrong approach to take. Even as the paradigm of sex-based work success continues to shift towards recognizing the power and potential of women in the workforce, an open mind can actually help women pick up a few tools from the “old boys” toolbox and capitalize on them in today’s fast-paced market.

Beth Willers, a PR professional offers some insight below, based on her own experiences, coupled together with feedback from fellow professional women on how “man-erisms” can help women stay competitive and continue growing to reach professional goals.

2. Do Not Demean or Make Fun of Yourself.

4. Believe in Yourself, But Don’t Be a Know It All.

7. Stand Up for Yourself by Telling, Not Asking.

10. Always Have Your Elevator Speech Ready.

Bethany suggests on point number 10 to create and have a small speech that inspires people to want to work with you. She says “For instance, as the Founder and CEO of ShopAddiKt, I tell people, “I am the CEO of a startup fashion tech company called ShopAddiKt that embraces a concept similar to a Priceline for fashion.” Missing from the list in my opinion would be to “not be afraid of failure”. If you are going to be an entrepreneur you need to prepare for failure in order to have massive success, in other words it might take 15 No’s to get one yes but that one yes, may change your reality forever.

Serious Legal Businesses Need a Solid Foundation:  Does Your Firm Have...