Despite a significant amount of scams in the crypto industry, the hype around ICOs doesn’t die down. This procedure is still not regulated in most countries, so it’s possible to launch a project without a minimum viable product, raise the funds and then disappear with no legal consequences. The ICO scam list analysis reveals the most widespread scenario when users invest money in ideas that are never meant to be realized.

How can non-tech-savvy investors spot the signs of a scam and avoid money losses? Read this article to find out.

What is an ICO and how does it work?

First, it’s important to define how ICOs work and how they are different from traditional methods of fundraising.

An ICO is a kind of capital-raising activity in the crypto and blockchain environment. It can be compared with IPOs but in the cryptocurrency sphere. The core difference is that ICOs have removed intermediaries from the fundraising process and significantly facilitated the process for all parties.

The lack of a regulatory framework along with the general novelty of the underlying technologies makes ICOs vulnerable to fraud and cryptocurrency scams. According to the report issued by Coinfirm in March 2021, the crypto crime conducted in 2020 has totaled more than 10 billion USD. Roughly 70% of this sum has been generated by scam projects.

Scammers usually create a website, tell about their blockchain innovations and organize a tech coin ICO. The organizers of cryptocurrency fraud promise profit without extra effort. Users only need to invest in ICO tokens and sell them after a certain period.

The problem with scam coin projects is that they may look quite reliable for their supporters. The ease of devising ICO fraud schemes was even demonstrated by the SEC in 2018 as the authority released an example showing how easily users can fall prey to Ethereum scams and fake cryptocurrency projects.

The list of the most widespread scammers strategies includes the following:

It is also worth mentioning a notorious Ponzi scheme that is also often used by scammers along with those listed above. 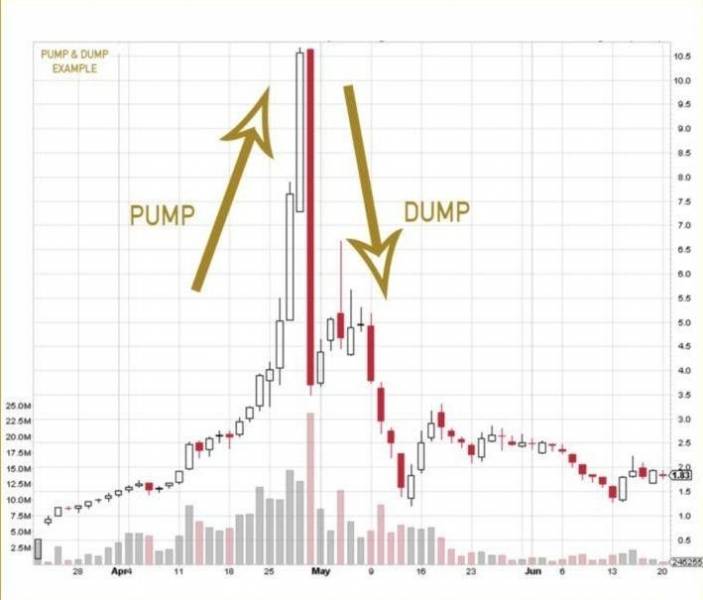 A classic example of a pump-and-dump scheme: the price of a coin is artificially pushed upward, traders give in to emotions and lose everything when the price drops back

So what signs should make you wary of an ICO scam? If we analyze the most famous incidents, the following common features can be distinguished:

Sometimes scammers can copy the whitepaper of a successful project to pursue their goals. There was a fraudulent project PlexCoin that presented a convincing whitepaper that managed to raise more than 15 million USD before its activity was suspended by the SEC. Here’s what can be done to avoid money losses.

Follow these simple rules and watch out for the signs of a scam before you make your final decision and invest your money in such a risky industry.

The second boom of the year