The world’s is evolving and changing faster than work can keep up, warns the CIPD as it launches debate on the future trends that will shape work and working lives. This should come as little suprise given the pace that technology is evolving. A number of “Megatrends” over the last century have changed the world of work beyond recognition, according to a new report. However, the question remains whether businesses are sufficiently aware of, or prepared for, the future trends that will shape the way we work and the performance of our organisations and economies in the next decade.

“Megatrends: The trends shaping work and working lives” is this week published by the CIPD, the professional body for HR and people development, as it launches a debate on the “megatrends” that are likely to shape the world of work, the workforce and the culture and organisation of workplaces in the near future.

The report highlights key changes that have shaped work in recent times, including:

Looking to the future, the report identifies four new “megatrends” that could have similarly dramatic impacts on the world of work within the next decade.

RAND researchers Lynn Karoly and Constantijn Panis sought to answer this question as well and came up with this tech angle:

“The pace of technological change — whether through advances in information technology (IT), biotechnology, or such emerging fields as nanotechnology — will almost certainly accelerate in the next 10-15 years, with synergies across technologies and disciplines generating advances in research and development, production processes, and the nature of products and services”.

“In the IT field, for example, advances in microprocessors will support real-time speech recognition and translation, and artificial intelligence and robotics are likely to advance further. The use of more intelligent robotics in manufacturing will support the ability to quickly reconfigure machines to produce prototypes and new production runs, with implications for manufacturing logistics and inventories. Further technological advances are expected to continue to increase demand for a highly skilled workforce, support higher productivity growth, and change the organization of business and the nature of employment relationships”.

A series of follow-up reports in the coming weeks will ask:

Peter Cheese, chief executive at the CIPD, comments: “Work’s changed beyond measure in the 100 years since the CIPD was formed. But the pace of change today is unprecedented. The future of work, the changing nature of the workforce, and the organisation and culture of the workplace are among the biggest challenges facing organisations and their leaders, and if HR doesn’t provide the answers, they’ll find them elsewhere.

“These are big challenges. If we get them right, we can deliver better work and working lives and stronger, more sustainable organisations. But to do that, as a profession, we have to develop our analytical skills, so we’re better at ‘seeing round corners’ and helping our organisations identify the next big questions and challenges.”

Mark Beatson, chief economist at the CIPD, adds: “Our report reveals how much the world of work has changed in recent years.  But the world does not stand still and new trends will emerge that will have equal, if not greater, impact. We highlight just a few of the questions that business leaders might find themselves having to address – sooner rather than later.

“We’ll be delving deeper into these emerging trends in the coming weeks to see whether these are truly new and emerging forces that will stay with us or the consequences of the troubled times we live in. But we’re also asking the profession to highlight the other future megatrends they see taking shape. This report is the start of a conversation designed to help the profession get better at anticipating and adapting to a world that is changing faster than our approaches to the organisation, management and conduct of work have been up until now.” 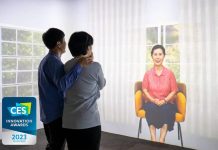 How To Map Who You are? Guide to Personal Leadership Part...

Pandemics, Politics And The Impact Of Women In Leadership Roles