To understand the human brain is one of the greatest challenges and desires of current 21st century science. How would it be like if we could look inside the human brain, zooming in to it as if it was a “Google maps” of the brain ? If we were able to translate in a visual way how the brain structure and function is related ?  If this hypothesis sounds interesting,  it might seem a quite impossible dream to most of us.

But maybe it is not.

The Human Brain Project, which  is a large scientific research project directed by the “École Polytechnique Federale de Lausanne” and largely funded by the European Union is exactly trying to do it:  to understand the structural organization of the human. The project will simulate the complete human brain on supercomputers to better understand how it functions. Among other goals, the project aims to build a full computer model of a functioning brain to simulate drug treatments.

The Human Brain Project is a cross disciplinary project that is directed by the  École polytechnique fédérale de Lausanne (neuronal stimulation) and co-directed by the University of Heidelberg (computer), the University Hospital of Lausanne and the University of Lausanne (medical). The project is coordinated by Professor Henry Markram and it is based in Geneva, Switzerland. Prof. Henry Markram who is the main leader of this project was inspired by his son’s autism,  into trying to understand the secrets of consciousness by using ‘big data’ to trace the electronic signals  that might happen between neurons. He first presented his idea at TEDGlobal conference in Oxford four years ago, but his plan was received with skepticism, as his peers believed the brain was too complex, and that there was no computer fast enough to engage in such a huge task. But last year,  the European Union awarded the project a gigantic grant, and the Swiss Government gave the project a state-of-the-art IBM Blue Gene computer. And the project launched.

In an interview given to “The Guardian” last October (2013)  Henry used “big metaphors” to speak about this project: “It’s going to be the Higgs boson of the brain, a Noah’s archive of the mind,” he says. “No, it’s like a telescope that can span all the way across the universe of the brain from the micro the macro level.”

Human Brain Project, plans to build a working model of the human brain – from neuron to hemisphere level – and simulate it on a supercomputer within the next 10 years. According to Markram, the project aims to:  “we mine all existing data in the literature and in databases organize the results and analyze it for patterns and its value in helping to specify models more and more biologically accurately”.

It will involve 86 institutions across Europe and will receive one billion euro in funding over ten years,  as a large-scale European research initiative involving hundreds of researchers, from 135 partner institutions in 26 countries. Its total costs are estimated at 1.190 billion €,  funded by the European Commission through its Future and Emerging Technologies (FET) Flagship grant

Its main goal, is to gain profound insights into what makes us human, to develop new treatments for brain disease and build revolutionary new computing technologies. The mission of HBP is told very clearly : “The goal of the Human Brain Project is to build a completely new information computing technology infrastructure for neuroscience and for brain-related research in medicine and computing, catalysing a global collaborative effort to understand the human brain and its diseases and ultimately to emulate its computational capabilities.”

According to Prof. Seth Grant, another researcher that is part of the team, from University of Edinburgh: “A key goal of the Human Brain Project is to construct realistic simulations of the human brain – this will require molecular and cellular information and from that we will be able to model and understand biological and medical processes. In addition, we will be able to use that information to design and implement new kinds of computers and robotics.” Some of the areas approached in this project will be:

The project aspires that designing the artificial human brain will also lead to developments in the engineering of computer chips and in developing new supercomputing and energy-efficiency techniques,  modeled with the human brain serving as an example. Such computational developments can be extended into other areas and fields such as data mining, telecommunications, appliances, and other industrial uses. 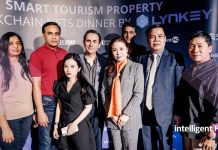 The Venus Project: Redesigning The Future Of Cities With Technology

Why are cryptocurrency casinos becoming more popular every single day?

The Role Of Stakeholders And Investors In A Net-Zero And Zero...