Warby Parker, the eyewear retailer launched in 2012, has created a ripple effect amongst the way consumer wear and purchase glasses.  And they sell their high-quality, stylish headwear online for less than a $100.  The two CEOs and Co Founders, Neil Blumenthal and David Gilboa, give 5 business lessons they’ve learned along the way. 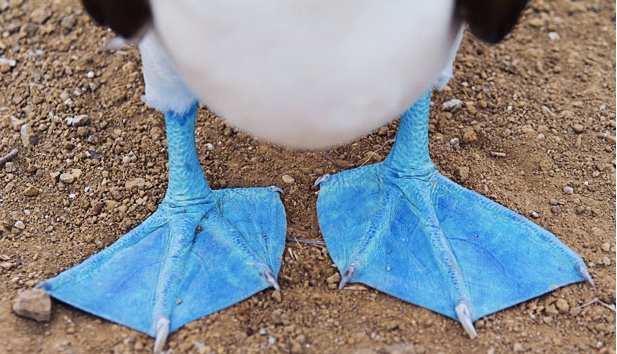 Prior to launching Warby Parker, Neil Blumenthal served as the Director of VisionSpring, which is a non-profit social enterprise that offers low-income women training on how to start a business that sells affordable eyeglasses to people for less than $4 a day.  The business was aimed to target people in developing countries where poverty is still very prominent.  He was named a Fellow for Emerging Leaders in Public Service at NYU Robert F. Wagner School for Public Service in 2005, and was named Young Global Leader by the World Economic Forum and one of the 100 Most Creative People in Business by Fast Company in 2012.

David Gilboa was an Associate at merchant bank Allen & Company before Warby Parker, and before that he worked at Bain & Company.  He was also a special assistant to the Founder and CEO of the TriZetto Group and has held strategy and business development roles at Genomic Health and Crescendo Bioscience.  In his past, he Gilboa has worked with nonprofit organizations and served as a founding member of the Entrepreneur Board of Venture for America.

Both Gilboa and Blumenthal received MBAs from Wharton Business School, which is where their idea originated.  One day, they were sitting around with a group of friends, when Gilboa mentioned how the price of glasses was way too high.  They then got into a lengthy discussion of if the prices could be lowered while still maintaining quality, and if the  idea might somehow work as an online business.

Blumenthal recalls “I remember going home and just constantly think about this idea, having trouble going to sleep at night”.  They soon founded the web retailer in 2010, and now, three years later, the company is a major success.  It has received $55 million in funding by combining try-it-on-at-home innovations with high-end, chic design.  The company is now expanding to brick-and-mortar with hopes to expand their customer base and grow even further.

When talking with FastCompany, Blumenthal and Gilboa gave them 5 lessons they’ve learned as their new, innovative business grew:

1.  Branding Sophistication is Worth the Effort

They said that they went through over 2,000 possible names before deciding on Warby Parker.  Their goal was to differentiate the company from other retailers, who were selling glasses in a very literal sense – for instance, thirtyninedollarglasses.com, framesdirect.com, eyebuydirect.com.  Gilboa stated:

“We wanted a proper name to connote the fact that this was a fashion brand.  We didn’t think Gilboa Blumenthal really rolled off the tongue”.

It’s true, they aren’t the most phonetically friendly last names.  After a couple of attempts at crazy ideas, such as using solely an “umlaut”, or the Swedish word lagom, which means “just kind of just right”, they settled on Warby Parker, which were the combination of two names found in Jack Keroac’s diaries.

They said they tested the name on 1,500 friends and asked them “do you have a negative, neutral, or positive reaction to it?”  The positive results were through the roof.  It resonated a credibility and a lot of people claimed that they’ve heard of it before.

Blumenthal and Gilboa decided on their pricing strategy through research.  They found that there was a threshold at about $100, and above that mark, different thought processes start to come into play.  Blumenthal exclaimed that $99 just sounds cheap and discounted, but when you get below $100, people are simply more likely to buy.  So they settled on $95, a price that doesn’t sound like a pair of $150 glasses that have been discounted to $99.  Blumenthal stated:

“$95 is deliberate, visually;; it’s more appealing.  You sometimes have to make tradeoffs to do something creatively and beautifully versus always just going for profits.  In this case, we’re trading $4, but we think that the upside is bigger”.

“One of our core principles around design and how we’re thinking about building the company is just cimplicity and focus.  We think if we introduced ties or almost any product, it would make money, but at this point, it would be a huge distraction, so we’ve really tried to stay focused” – David Gilboa

J. Crew’s Mickey Drexler recently joined the Warby Parker board, but the company isn’t looking to expand its product base.  According to the two CEOs, they’re building a “lifestyle brand” that stands for fun purpose, sophistication and design.  It’s the same way Target has positioned themselves as a high-end store with affordable prices.  Warby Parker offers high-end eyewear at affordable prices, and they do it with ease and simplicity.  That’s hard to beat.

4. Borrow from the Best

While creating the company structure, Blumenthal and Gilboa referenced other successful companies who have progressed with the same sort of structure they were looking for.  Zappos, an online shoe retailer known for outstanding customer service was one company they studied deeply.  Blumenthal said “They created this awesome internal company culture that then impacted the customer experience and their brand”.

They also used Apple as a reference, considering their massive success in the past 15 years.  Gilboa pointed out that Apple built an entire brand on the basis of designing beautifully made products that are really easy to use.  Other brands looked at by Blumenthal and Gilboa were Patagonia and Nike for their pro-social initiatives, collaborative workplaces, defining missions and brand identities.

The two CEOs made it very clear that its okay to look at other companies and play copy cat, just as long as you interpret whatever they’re doing and make it yours.  If you make your organizational culture a fun, innovative one, your organization will be interpreted as a fun innovative one.  Whatever you want to do, embrace it and run with it.

The blue-footed booby has become the center of the brand image for Warby Parker.  Since both Blumenthal and Gilboa love to travel, they discovered the aquatic bird when traveling to the Galapagos.  Blumenthal said “It’s sophisticated, because it’s found in these far reaches of the globe, and part of the Warby Parker brand is being worldly and informed.  They also often have these quizzical looks on their faces, and part of the brand is being curious and constantly learning; taking your work seriously but not taking yourself seriously.”  They look of the bird demonstrates everything Blumenthal and Gilboa have envisioned for the company:  Intellect, curiosity and style.  It also adds a little bit of fun and excitement to the brand image. 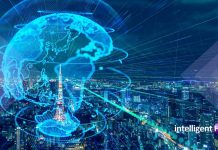 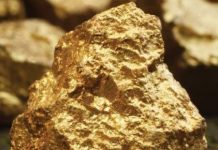 How to Correctly Calculate When Trading Stocks

A Top Five Of Legal Disrupters

Beyond Cloud Video Interview with Jo Radcliffe, MD at 404 Team