Since Marissa Mayer has celebrated her first term in office, it would be fair to say that her term has been met with mixed responses in terms of performance. Criticisms aside she did fix the logo in the end.  Earlier in February, we were treated with news that Yahoo’s CEO Marissa Mayer issued a directive that all employees give up telecommuting and report to the office. At the time we were treated with a snapshot of the internal memo:

To become the absolute best place to work, communication and collaboration will be important, so we need to be working side-by-side. That is why it is critical that we are all present in our offices. Some of the best decisions and insights come from hallway and cafeteria discussions, meeting new people, and impromptu team meetings. Speed and quality are often sacrificed when we work from home.”

This all occured, dispite a  Stanford study, released on the same day as Yahoo’s memo, reported that call center employees increased their performance by 13 percent when working from home.

The idea of working remotely has been a hot topic in the news and has continued to trend on social media and the blogosphere, inspired by the media coverage, afforded to Marissa Mayer’s recent changes to the company’s remote work policies. She argues that employees have more creative ideas and make better decisions when they have instant access to their colleagues. The problem with this argument is that numerous studies, such as the recent experiment published by Stanford University, show an increase in productivity and numerous other benefits to working remotely.

As many companies continue taking the opposite path of Yahoo, cloud computing application provider BizAnytime is an example of a firm that continues helping employees make the most of work outside the office.

Mayer’s decision to disallow employees to work remote was based on the idea that people collaborate and communicate more efficiently and effectively in person. In contrast, the recent Stanford Study, “Does Working from Home Work,” shows evidence of just the opposite from a Chinese experiment. According to the experiment, many employees reported being able to get more work done from home, such as making phone calls, because the environment was quieter and had fewer distractions. The study also showed an improvement in employee performance, cost savings, and numerous other benefits. Similarly, 91% of respondents to a recent survey by BizAnytime say virtual work saves their company time and money.

The shift towards a virtual business culture doesn’t appear to be slowing down, despite what’s happening over at Yahoo. Just consider the statistics a recent national study by WorldCom found: 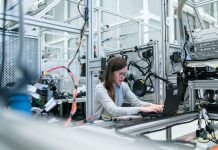 Do You Own A Manufacturing Business? Here’s How To Improve It 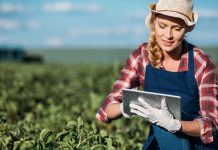 Is Agricultural Data The Future For The Food Supply Chain? 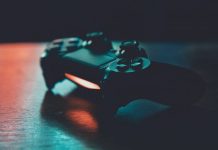 How Does Gaming Fit With SaaS Businesses?

A Few Thoughts for this Generation of Africans in 2021: Be...

Hacking The DNA of Humanity with Blockchain and AI

Prepare and Keep the Best Business Affirmations for your businesses!!