How do you ignite the creative energies inside of you?  Where are you when creativity strikes the hardest?  Mason Currey, author of the book “Daily Rituals:  How Artists Work”, enlightens us with the daily rituals of the most creative artists to ever walk the earth.  These savant-like artists come from all areas of the creative world; composers, writers, philosophers, and musicians like Beethoven, Kafka, Chuck Close and John Cheever are among the hundreds included.

Many of the artists performed unique, shockingly morbid behaviours, such as early 20th-century writer Thomas Wolfe who “fondled his genitals” while working, claiming that it fostered such a “good male feeling” and fed his creative energies.  Or Francis Bacon, who lived his life in a hedonistic twister of rich meals, a constant state of drunkenness and a teenage schedule of partying until 4 a.m. every night.  Despite these inappropriate behaviours,  all of the artists shared relatively similar qualities and managed to keep a routine schedule of work.

Currey discusses the most common rituals creatives have in common, why loving what you do during the day can help you in the creative process and the importance of personal hygiene and producing content.

Every artist examined by Currey found time at some point every day to produce or practice their creative work, whether it was early in the morning, on a lunch break in mid-day, or late into the night after arriving home from their day job.  Also, each artist worked anywhere from 30 minutes to three hours during the day, but no more.

Gertrude Stein worked for only 30 minutes at a time.  Some claimed that working more than two to three hours would take way from their creative thoughts the next day.  Either way, whenever each artist did do their work, they did it at the virtually the same time.

All of these artists found ways to manage their time effectively.  Laura Vanderkam, author of the book “168 Hours“, shows how to get the most out of the 168 hours we have every week.  A spreadsheet on her website allows you to keep track of your time and utilize it effectively.  Research shows that the most successful people wake up by 6 a.m. and plan their days effectively.  They begin to cherish their mornings and moments in between work, and become aware of how they are spending each hour.

So many of the world’s creative leaders perform ridiculous, awkward behaviours before, during and after their creative processes.  Igor Stravinsky did a headstand in between composing sessions.  Thomas Wolfe had his weird, sexual display of masculinity.  A lot of composers took very long walks to clear their mind.  No one can write, paint, sing or do anything else creative for endless hours.  The mind becomes tired, just as your body does, and every single creative leader had a distinct activity that served as their “time-out” from work.

Your day job can fuel your night job .

The busier people learned how to fit their creative work-time into their schedules, and their day job served as a space-filler in between creative sessions.  Ernest Hemingway once said in an interview with Paris Review that the hard part for him wasn’t the three or four hours of writing every day, but filling the gaps in between.  Joseph Heller wrote Catch 22 in the nights when he would get home from working as an advertising executive who did campaigns for magazines.  He said that he found much joy in writing Catch 22, and exclaimed that he couldn’t imagine what else Americans do at home at night, other than write novels.  Currey also noted that once Heller eventually quit his day job, he still only wrote for two to three hours a night.

Showering:  A form of meditation

A lot of people connected their bathing habits with their creative processes, and claimed that many of their greatest lines and ideas surfaced in the depths of the bath tub or under the shower head.  Beethoven would stand at the washstand, pace back and forth and continuously go back to put a little more water on his head.  Novelist Somerset Maugham would plan out his first two sentences each day while soaking in the tub.  The shower is such a regular routine that it allows the mind to be completely relaxed with minimal distractions.  It makes sense; our best ideas come to us when we’re in a comfortable, distraction-free environment. 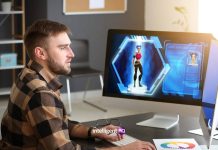 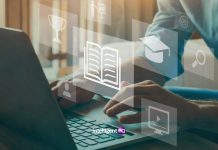 What You Can Still Do Online in 2023, Even After Covid is Over: From School, Work, to Entertainment! 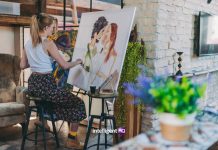 How to Sell Your Used Professional Equipment Online

Nearshore Development Firms: Why Are Businesses Making the Change?

How is the Car Buying Process Changing?