With no baseball yet on the horizon, we recall words from Casey Stengel.  Stengel, a colorful major league player and manager for six decades, capped a Hall of Fame career by managing the New York Mets at a time when they were one of the worst teams in major league history.  Their ineptitude prompted his famous quote that’s the title of this article.  Perhaps Stengel’s quote applies equally to most of the world’s countries, as we consider their handling of the spread of COVID-19.

The graph below shows daily new COVID-19 cases worldwide since March 1, broken out by major regions of the world, and stacked roughly in the order that the pandemic hit them.  Note that the western hemisphere is split into one region that is just the U.S. and Canada, and the other that’s all of Latin America plus the Caribbean.  Russia’s share of Europe’s total is also visible.  The numbers are exponentially smoothed, an averaging technique that emphasizes recent datapoints more strongly.  This approach tones down peaks and valleys, but also smooths out the bumpiness and makes trends visually easier to spot.

Worldwide new cases rose dramatically in March and early April, as the pandemic took hold in Europe and North America, even as China, Korea, and Taiwan got their outbreaks under control.  New cases began to level off in late April, but since early May the pace has accelerated yet again, especially throughout the developing world.  Looking at the regions individually:

EUROPE.  The dramatic increase up to mid-April was driven by the explosion in new cases in Europe and North America.  Since then, daily new cases in Europe have dropped significantly.  That drop is even larger if we separate Russia – which currently generates more than 50% of Europe’s new cases – from the rest of Europe.  And if we further separated the rest of Europe into western and eastern, you would see that new cases in western Europe have slowed even more – to just a trickle, other than in the U.K. and Sweden.  Sadly, while the countries of western Europe have recently done a terrific job in slowing the number of cases, they have also experienced the world’s highest per-capita death rates from the pandemic.

U.S. & CANADA.  The rate of new cases in the U.S. and Canada has declined somewhat from its late April peak, but not nearly as much as Europe declined over that same time period.  With almost all U.S. states in the process of opening up completely again, this continuing high rate of new cases should give us all cause for concern.  Moreover, the U.S.’s overall death rate from COVID-19 is one of the highest in the world.

ASIA.  The Far East remains largely under control – though the incredibly low numbers reported from China have to be somewhat suspect – but new cases are rising dramatically elsewhere in Asia.  The Indian subcontinent – India, Pakistan, and Bangladesh – has seen an increase of nearly sevenfold in total COVID-19 cases since the beginning of May.  And over that same time period, the countries on the Arabian Peninsula have seen an increase of nearly fivefold in total COVID-19 cases.

LATIN AMERICA & CARIBBEAN.  The increase in new cases in Latin America and the Caribbean is equally dramatic.  Since the beginning of May, total cases in this region have increased about sixfold.  Brazil has gotten much of the press because of the turmoil in their government and the antics of their president, but three other countries – Peru, Chile, and Mexico – have total cases that rank them in the top fourteen nations in the world as well.

AFRICA.  The rate of new cases in Africa does not yet stand out, but on a percentage basis its recent increase is comparable to Asia’s and Latin America’s.  This will be a region to watch over the next couple of months.

OCEANIA.  This is not a populous region, and its two principal countries (Australia and New Zealand) have largely kept COVID-19 under control.  So while Oceania is shown in the legend, its numbers aren’t visible on the graph.  As they say in Australia, “Good on you, mate!”.

Other Articles from Randall Bolten

Randall Bolten: What Can We Learn from Scandinavia’s COVID-19 Experience?

These dramatic increases in the developing world are worrisome.  How will those densely populated, relatively poor countries be able to contain the spread of a pandemic?  And can their healthcare systems effectively treat the sick?  The high death rates we’ve seen in western European – in spite of advanced healthcare systems – show how much damage COVID-19 can do when a country’s healthcare system is truly stretched.  One small silver lining is the age of the populations in the developing world, since COVID-19 seems to hit the elderly the hardest.  Compared to median ages of 42 in Europe and 38 in the U.S. and Canada, median ages in the other regions are 31 in Asia and Latin America, and an incredibly low 20 in Africa.  And as the pandemic spreads to the developing world, what is the moral responsibility of the wealthy west to help, not to mention the practical responsibility motivated by concern for another worldwide wave of illness?

Throughout the whole world, only China, a handful of nations in the Far East, and western Europe have effectively managed to control the spread of the pandemic.  And while the spread of the disease now seems under control in western Europe, those nations have suffered high death rates in the process.  As Casey Stengel pleaded, “Can’t anybody here play this game?” 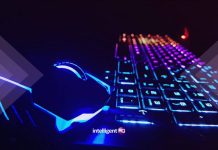 New Study Reveals The Most Popular Online Games In The US

5 Jobs That Appear to be Safe from AI and Robots