Recent data states that the world has reached an average record temperature in 2017, breaking the marks of 2015 and 2016. That means that the last three years have been the warmest of all recorded-history so far.

To be exact, the average rising temperature in this last three years has been of 1,1º Celsius overall. If the 2015 Paris Agreement committed the world to limit the global temperature rise to well below 2° Celsius, the data released recently, leaves little to imagination, climate change is happening, and faster than we thought.

More importantly than the reality itself is how to tackle such urgency and the will to do it. Warnings have been made for years now but just too little has been done and even less achieved. We all should be committed to help a drowning world that is crying out for help.

Individuals, companies, statesmen and stateswomen and international institutions all have the obligation to push towards an environment friendly relationship with the world. But unless the economic powers start doing their moves, nothing will be accomplished.

One of those moves made by governments is through financial help to become less dependant of fossil fuels. In this context, and how it is tipped out by The New Economics Foundation, a number of initiatives have been launched to help stimulate financial support for achieving the transition to a low-carbon economy. These market-orientated initiatives focus mainly on mobilising existing private capital from institutional investors. Unfortunately, so far, the results have been disappointing and the low-carbon investment ‘gap’ remains huge.

That is why “the role of central banks and the banking sector more generally in supporting the transition to a low carbon economy has been largely neglected. This is striking given the significant influence central banks have over our economies, and it must be rectified,” according to The New Economics Foundation.

Actually, the foundation has released a full report of the role that central banks and financial institutions play about this top level concern.

Without going any further, we are talking about one of the major players in our current economic system. In modern economies, the banking system creates between 85% and 97% of the money supply. Whilst governments and non-bank financial intermediaries – like pension funds – tax and spend existing money, banks create new money and purchasing power via the act of lending. At the aggregate level, their lending decisions have the power to shape the long-term trajectory of the economy.

Central banks also have responsibility over large swathes of financial regulation and their powers enable them – should they choose – to influence the allocation of private-sector credit and financial flows.

And the foundation tip out that “while central banks have played an increasingly interventionist role in our economies since the financial crisis, this has not coincided with any significant adjustment of their policies to support a low-carbon transition. With few exceptions, there has not been notable pressure for this to change from politicians, the media, civil society or citizens. Monetary policy and financial regulation are generally viewed as technocratic fields, best left to experts.”

It is time to save the world

It is therefore clear that without their fully commitment, too little can be achieved when talking about climate change real progress.

The long-researched report can be summarised in the following key points:

This report also highlights the principal foe in terms of fighting climate change. While companies and governments are subdue to economic flows and profit-focus economy, combating the rising temperature sounds like a high risk investment that none or little companies are willing to get into.

However, the key here is to make attractive the idea of fighting the climate change. If society starts condemning companies bad-praxis in relation with the environment, they will be forced to see and sell the ‘going green’ slogan. It is in our hands then, that the world can keep going the way it is going, for years to come. 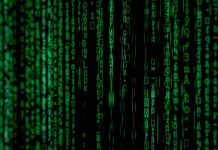 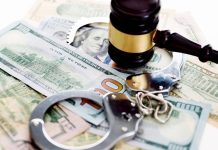 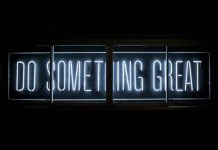 Social Media and the Markets: the New Frontier

What Might Be The Future Of A Working Environment? Reinventing Collaboration...