If you’ve ever played online shooters or gambled at a virtual casino, you might be familiar with in-game currency and assets. In most cases, you buy them with real money to use them in the given environment.

With the development of blockchain technology, it has become possible to validate the currencies and assets and bind them to the blockchain instead of the individual game. Online platforms that embrace this non-fungible token (NFT) technology can face a network effect, inviting players from various places to interact. Even nytt casino websites can join and take advantage of the existing infrastructure.

As an expert in gambling-related human behaviour, Nina Olsendburg aims to educate people about in-game money and assets. Today, she’s indulging us in an article about the benefits of gaming NFTs.

What are Non-Fungible Tokens?

These tokens are virtual or real-world assets that are encrypted in the blockchain. Their unique nature and indivisibility differ from the fungible or interchangeable utility tokens like cryptocurrencies. You can exchange Bitcoin for Ethereum or divide it into satoshis. You cannot do either to NFTs. No two NFTs are entirely alike.

These characteristics allow for a few practical implications, including NFTs in games and online gambling. Let’s dive in.

When it comes to in-game assets like skins, armour, vehicles, and whatnot, gaming companies own them and can make any changes to them whenever they deem necessary. This is because they exist in the game servers and belong to the company. So if the game shuts down, you lose whatever you earned. Still, if the players trust the game, they make a hobby out of collecting assets.

The NFT games change the perception of ownership. Even if it’s virtual, the non-fungible asset has real value in the crypto environment it’s built on. The public ledger validates that it belongs to a specific person. It can also be bought and sold.

Still, there are many legal problems with blockchain technologies. Cryptocurrency trading and initial coin offering (ICO) creation are technically unregulated in Europe, and the governments aren’t rushing to make it fully legal either. Norwegian authorities are some of the slowest to embrace it. Still, being in the legal gray zone doesn’t stop NFTs from developing.

Most NFTs are scarce and only exist in the blockchain. Although they might be intangible, they possess proof of authenticity embedded in the immutable public ledger.

The natural uniqueness of an NFT is an excellent way to prove that what you own is rare. Hollywood celebrities have always been keen on selling one-of-a-kind items like a prop from a film, a dress someone wore in a famous scene, or their personal belongings. A recent trend among actors and singers is to convert their assets into NFTs and sell them in auctions.

One of the latest examples is Johnny Depp selling a poem he wrote for Wynona Ryder in the form of an NFT in an auction. Twenty-five percent of the price was donated to an environmental charity.

In centralised games, most in-game tokens are invalid outside the environment. One of the massive benefits of gaming NFTs is the ability to create networks of platforms with unified blockchain-based tokens.

This is especially useful for gambling corporations. It’s a fact that a good chunk of European online casino brands belongs to a few large companies. If they embrace NFTs in online gambling, they’ll be able to build assets that would be interchangeable and interoperable across their platforms.

The non-centralized nature of the NFTs breaks borders and traditional perceptions of gaming or other virtual assets. But what makes them even more powerful and safe is their immutability. This is why blockchain has been so robust for building decentralised monetary systems. As the transaction and ownership sequence of an asset is bound by the blockchain (each block has characteristics of its previous one), nobody can alter, duplicate, or delete it from the ledger.

Suppose a person holds a rare NFT sword in an online medieval battle game. Even if the platform stops existing, this person will still have their asset instead of losing it like in traditional games.

You might be asking yourself: why aren’t NFTs in games already mainstream? While they have many benefits, there’s room for fraud and speculation. Similar to rare items like original paintings or collectables, in-game assets might be used as an investment rather than a means to get further in the game. Most development companies wouldn’t want their platforms to stagnate like that. 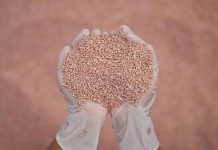 Social Responsibility in the Workplace: How a Volunteer Program Can Strengthen...

The Startup Game – The Importance of Cohesive Foundational Systems When...