What if we lived in a world, where businesses operated in a completely different way? What if businesses ultimately aimed to find purpose and meaning besides looking for profitability? Can we anticipate the landscape of business in the XXIst century? Meaning is an international annual event that tries to answer these and many more questions. The NixonMcInnes curated event gathered pioneering business leaders from across the globe who believe in better business in the 21st century, at Brighton’s Corn Exchange, last Tuesday, 18 November. This year’s inspiring event was the biggest conference to date, selling a record number of tickets.

The Meaning conference started in 2012, and is a project organised by NixonMcInnes, a people and culture consultancy that helps businesses become more purposeful, innovative, collaborative and focused on customer needs.

Tom Nixon, founder of NixonMcInnes, explains what led him to open the agency:

“I founded NixonMcInnes in 2000 as an expression of my need for freedom and agency in the world. That’s why freedom is in our DNA here. It’s why we have a culture based on democratic principles; it’s why we work with large organisations to build more openness and humanity in business;”

Some of the agency´s clients include Barclays, O2, Cisco, FirstGroup, BBC and the Foreign & Commonwealth Office. NixonMcInnes’ own unique culture has seen the company awarded a place on the WorldBlu List of Most Democratic Workplaces in the world every year since 2009.

A quick journey into the future with Mark Stevenson, the unemployable dilettante

The event invited participants to listen to world-class speakers share their projects, and their views on ways to do better business. It started with Mark Stevenson’s rapid and hilarious talk. Mark Stevenson, who entitles himself ” an unemployable dilettante”, guided us on a 20 minute journey on how the latest technological advances are transforming our world upside down. “Technology and new technology is hitting somebody’s brain right now and changing it forever!” said Mark. Stevenson also alerted us to the importance of thinking about recent debates such as whether genetically modified food really is only bad for us or not. Mark’s discourse emphasised how it was important to break with old institutional mind sets, and to be more open and prepared to what technology is bringing us. “Reality is that when you stop believing it, it doesn’t go away” quoted Mark, when mentioning the hopeful example of solar energy, that is becoming increasingly cheaper, which will in the long run inevitably bring power to the common citizen. With power though, comes responsibility.

Learning about the creation of money – Ben Dyson

The following speaker was Ben Dyson, founder of the interesting project Positive Money. Ben Dyson was inspired to found Positive Money after having read the book: The Grip of Death – A Study of Modern Money Debt Slavery and Destructive Economics. Ben’s talk informed us on how debt is a way to invent money. As he explained, if we were all to pay back our loans today, there wouldn´t be very much money left in the world. To live in a world where money is created through debt, isn’t beneficial to the population, so how could we change the status quo of this situation? Ben mentioned a historical episode that occurred during the 1840s, which led to a profound crisis in the UK, because banks could create money. That episode, which originated considerable debate regarding the role of monetary changes in financial booms and crises, led to a major monetary reform in 1844, known as the Bank Charter A, which restricted the powers of British banks.

Fast forwarding to our present moment, Ben Dyson proposed the creation of an independent body committee to create money that is free of debt. Such an idea seems to be gaining momentum now. Recently the Financial Times published an article entitled “strip banks of their power to create money”. Dyson also announced that the 20th of November, 2014) the first parliamentary debate in 130 years would take place on this subject.

Another interesting speaker was Stefania Druga, founder of HackIdemia, who started her talk by mentioning how she would like to talk to us about people. Stefania grew up in a village in Transylvania, she went on to work for Google, but disappointed with the corporate culture, she left, aiming to develop her own project. She then founded HackIdemia, an organisation that fosters learning and creativity in kids, through play, workshops and low budget maker kits. Druga’s workshops teach kids and adults basic skills on how to become inventors. You can learn, for example, how to build microscopes from old webcams with Arduino boards and sensors.

A recent project mentioned by Stefania Druga was the itinerant project “Afrimakers- making is a cultural manifesto in Africa.”  Some of the participants in Afrimakers, travelled afterwards to Europe, to participate in a Maker Faire in Berlin.

Afrimakers seems to have been a valuable experience for Stefania, who mentioned how she learned that our desire to help doesn’t always actually translate to helping people. As she said: “It is important not to impose our values on other people”. In order to do so, one should “get rid of expectations and learn how to trust the process”. In other words: “empty your cup, so it can be filled again.”

Soon, a book will be launched about the Afrimakers project. Some of the participants in her workshops moved on to do great things in their own countries of origin. Druga mentioned Opemipo, who organised 13 workshops and Sherif Rashwan, who started his own company, entitled reshalaser.org , having invented a new concept for laser cutters.

Stefania concluded her inspiring talk inciting us to play together, and she mentioned an equation of her own creation:

Make money and have fun while doing it.

An interesting aspect of this event was that it combined speakers that approached businesses in totally diverse ways. This was the case with Bob Doak who works for W.L Gore & Associates, a company that specialises in products derived from fluoropolymers. The company was founded in 1958 by Genevieve and Bill Gore. Gore is still privately held and makes over $3 billion annually in sales. Its staff comprises of more than 10,000 associates in 30 different countries. It’s one of only five companies to be on every “100 best places to work” Fortune’s magazine list since 1984. Gore is widely recognised as an innovating organisation and its products can be found everywhere, from clothes, aircraft and full cells.

Gore has a unique culture developed by its founder entitled the “lattice” structure. Bill Gore further explained what he meant by lattice, in a paper published three decades ago: “The Lattice Organization – A Philosophy of Enterprise.” The four key elements of Gore’s culture are:

– Trust in the Individual
– The encouragement of self-direction
– Small teams, where there is a strong emphasis on personal relationships
– Fostering collaboration, by having minimal bureaucracy (even though they are spread around 30 countries)

The company´s reward compensation process is secret, and ultimately what they are aiming for is “to be internally fair and externally competitive”. And ultimately, “to make money and have fun while doing it”.

Bringing Wisdom to the Work Environment: Joel and Michelle Levey

What if we could combine wisdom and ancient mindful techniques with the “busy” environment of business? That is what Joel and Michelle Levey, the founders of Wisdom at work have been doing for the past three decades. The Leveys are pioneers in their field, and their inspiring talk provided us with stories about how they introduced mindfulness in various organisations spanning from large corporations such as Google or NASA, to small businesses. One of the most interesting workshops delivered by them, they told us during their talk, was the Jediwarrior project, with American soldiers, that helped them love their enemy, and stop a war inside of themselves.

With this and many other mindfulness workshops they´ve helped transform the lives of many people and organisations. According to the Leveys, we live in interesting times, what they call the VUCA era (which stands for volatile, uncertain, complex and ambiguous). What is curious is that VUCA means “wake up” in the Zulu language. So it is about time to train our brains to cope with our era, and an excellent tool to do so, is through mindfulness.

Mindfulness helps us to sharpen our attention, intention, and attitude. As you train your mind, you engage in an effortless process that will change the circuits of your brain, a process that is entitled neuroplasticity. If you transform yourself, you feel better, and you transform the world.

Looking at money as a mirror

After a wonderful vegetarian lunch, one could attend various workshops. They covered organisational design and structure, workplace democratisation, conscious business, 21st century leadership, the future of money, steady state economics, and sustainability in business and technology. I attended the one entitled “What is Money” and joined a little crowd in a packed room, that kept gathering more and more people to the astonishment of Charles Davies, the workshop´s leader. He asked us in dismay: “do you really care so much about money?” setting with his sentence, the motto for his thoughtful workshop.

In this very amusing workshop, we were challenged to “spend some quality time with our money”, by emptying our wallets into our hands, as a way to look at what was really there. “Money is clear and empty”, said Davies, pointing out the undeniable truth that a myriad of meanings are present in the word “money”, depending on the angle we look at it. Those various meanings were quite clear on a poster filled with cards where everyone had written what they though about what money was. Davies also taught an interesting and useful tool to deal with money, which can also be applied in our business operations. He entitled it: Happy story money game. When in a situation that one needs to settle a dispute about money, the goal can be: “Everyone has to leave the story happy. Likewise all should try to find the most ingenious deal.”

What is Money? Workshop led by Charles Davies

If you would like to know more about this amazing event visit www.meaningconference.co.uk where you can see clips of the talks from this year and the previous years.

Meaning will return to Brighton’s Corn Exchange on 12 November 2015 with more inspiring stories and ideas for a better and transformed business environment.

You can also check the video interviews given to Intelligenthq by Tom Nixon and other speakers:

‘A Call To Action’: Natasha Mudhar, From The World We Want, Asks For Public-Private Partnerships To Achieve The UN’s SDGs

How To Embrace AI For The Sake of Your Business

Smart Strategies For Increasing Productivity With The Help Of Data Recovery...

5 Tips for a Holistic Ecommerce Strategy

The IoT and Blockchain: Finding Solutions and Opportunities 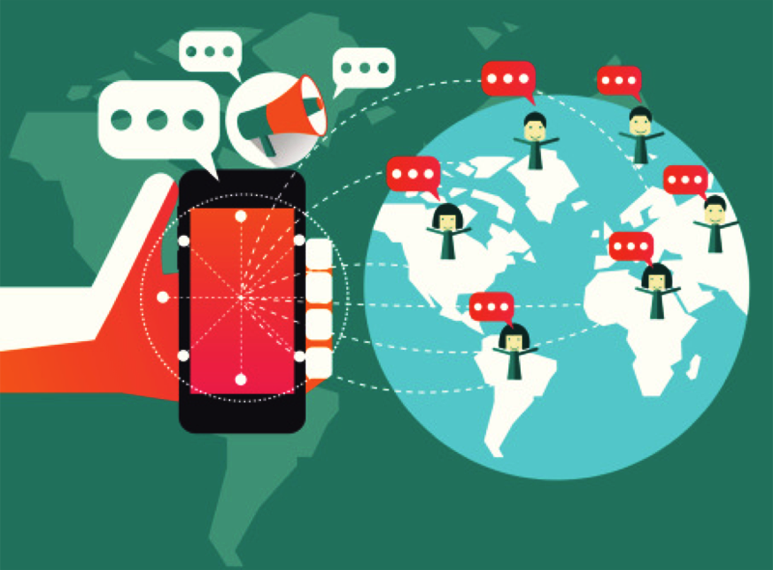 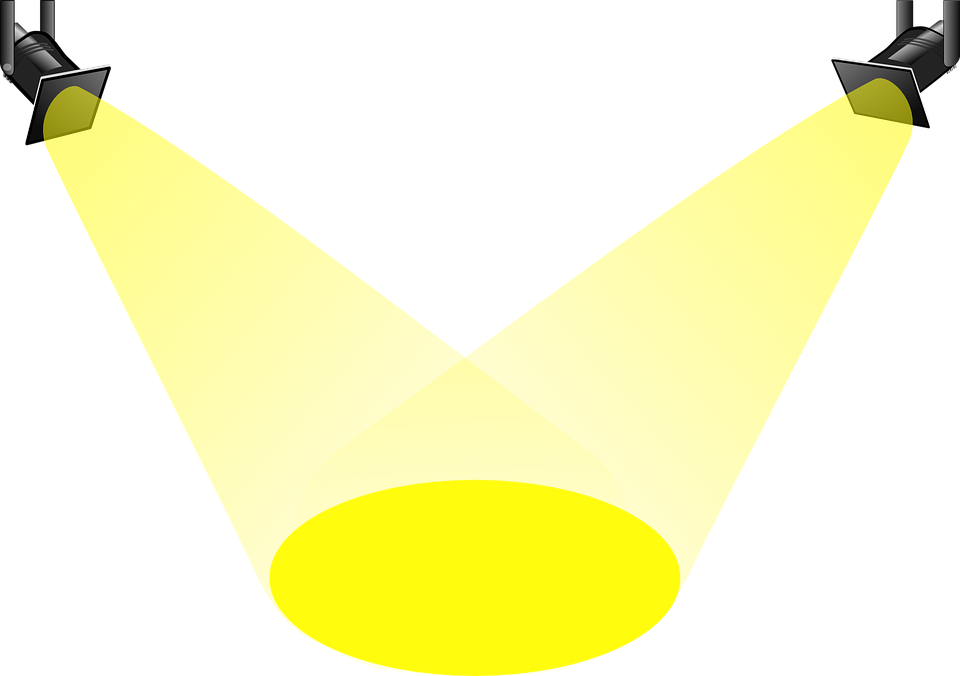 Change Up Your Business With These Three Simple Ideas!

Small Business Tips to Succeed in 2018