Lots of big brands are currently recruiting staff on Facebook. Companies like Oracle, Pepsi and AIG view the social network as an indispensable tool for getting new talent through the door. Oracle famously used Facebook and Twitter to recruit 1,700 employees in a European expansion. While using Facebook as an applicant-selection tool may be convenient for employers is this really a great idea? What do Facebook potential applicants feel about this current trend?

According to a Hilton College survey, applicants for jobs are wary of companies that recruit on Facebook. The survey indicates that the practice creates a perception among potential applicants that the company is unfair. 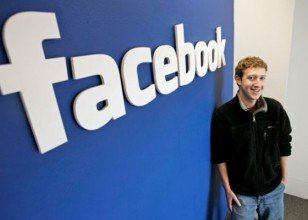 “What I found was that participants who read the descriptions of the hotel that used Facebook as a screening tool were more likely to perceive the company as unfair and less likely to apply for a job there than those who read descriptions of companies that didn’t engage in those tactics,” he said. “They may feel that this is an invasion of their privacy, preferring the company secure this information through the job interview or personality tests.” Previous surveys Madera has conducted, asked industry recruiters about the extent to which they used social media to screen applicants. More than half indicated they did. Eighteen percent indicated they had a policy against using social media as a screening tool.

According to Mindflash.com, approximately 45 percent of employers now reportedly use social media sites like LinkedIn, Facebook and Twitter to screen potential employees. The problem may be in the way employers framed their use of Facebook,” Madera argues. “If it’s framed as part of the screening process, they could be turning away good applicants, and there are so many valid tools to use in a selection process. From a human resources perspective, if you’re relying on Facebook, there’s something wrong.”

Not all Facebook-related employment decisions are necessarily justified as negative, as Mindflash.com depicts in the below infographic. Their research shows 18% of employers have found information that has actually facilitated their decision to hire a job applicant. 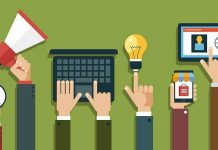 Common Cryptocurrency Mining Mistakes And How To Avoid Them

Can Green Investment Contribute To Solve The Ecological Crisis ?