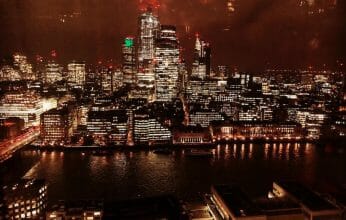 The Five Most Important Data Driven Technologies Shaping the 4IR

Five major data driven techs that shape the Industry 4.0 are AI, Blockchain, IoT, Robotics, and Fintech. What is the contribution that each of these bring to the 4IR ?

Artificial Intelligence can be defined as the capability of a machine to imitate intelligent human behaviour. We do not need to think of complicated robots to understand or picture AI. All things that augment “artificially” human intelligence are part of AI. How  our phones work now is a perfect example of how AI advances and empowers all areas of society. Smartphones have been expanding their capabilities through a whole set of operations of algorithms that are being improved through feedback loops, using and analysing the data gathered by their users.

AI’s evolution is also being shaped by better algorithms and innovations in terms of computer hardware research, which has evolved quite significantly in recent years. One important innovation in the field are neurotrophic chips. These are inspired by the way biological brains work but are more energy efficient and can store more data. They are designed to access and interpret sensory data such as images and sound. Moreover, they can respond to changes in that data, in an organic adaptable way, which  is not specifically programmed.

On the other hand, quantum computing is a promising technology that can escalate  AI’s evolution even further. Quantum computers perform a type of computing that is different from binary digital electronic computers, which are based on transistors. Common digital computing uses data encoded into binary digits (bits), each of which is always in one of two definite states (0 or 1). Quantum computation, on the other hand, uses quantum bits, which can be in superpositions of states. This enables them to be way faster and capable to deal with extreme volumes of complex data, thus eventually becoming able to perform massive simulations; like the ones undertaken by physicists at CERN’s Hadron collider.

Quantum computing is expected to evolve even more in the near future; something that is badly needed, because the quantity of data we produce is escalating at exponential rate. This means that we will also need even more powerful computers to work out what to do with those gigantic quantities of data.

Quantum computing and Neuromorphic ships are expected to impact to ever greater heights the 2 most promising areas of AI fostering the 4IR: machine learning and deep learning.

II. Blockchain: The Potential Architect Infrastructure of the Internet of the Future

Greater sizes of data imply better calculations delivering more accurate information but it is also important to build a storage infrastructure capable of holding that data safely. Safer data storage systems, such as blockchain, can become the much needed solution to solve this problem.

According to Mark Mueller-Eberstein (2016) Blockchain can be described as “a “write only” digital platform that records and verifies transactions”.Simply put, blockchain is the next step within databases development. It can also be called Distributed Ledger Technology (DLT). As a distributed ledger, it is designed and built with the goal of securely storing millions of data within its platform, leveraging a series of architecture tweaks for it.

A blockchain platform is formed out of infinite blocks and it can be seen, as nothing else then a database made up of rows, columns, and tables. What differentiates it from other databases, is its sophisticated encryption, that makes it safer, transparent, and more trustworthy.  Blockchain technology uses cryptography and digital signatures to prove identity, authenticity, and enforce read/write access rights. All transactions within a block which is part of the blockchain are visible; so there is full transparency for every transaction. Once a piece of data goes into a blockchain ledger, it cannot be (easily) altered or erased. Theoretically, there is no “central power” overseeing the ledger of transactions. Instead, blockchain technology enables a decentralized and distributed ledger where transactions are shared among a network of computers—in almost real time—rather than being stored on a central server with a central authority (like a bank) overseeing transactions.

The system was inspired by the way bitcoin was first designed when invented in 2008. Similarly to bitcoin, every time a block is made, it will attach itself to the blockchain carrying along a “hash”, or fingerprint from the previous block. These have an important function as they use cryptography to authentication the source of the transaction.

Because of these “fingerprints or hashes” there is never a duplicate recording of the same transaction. As such, the need for a central intermediary is not there anymore. This breaks with the paradigm of centralised consensus (when one central database is used to rule transaction validity) which is a huge disruption from the previous system.

Something that needs to be set out clearly is what we mean with the idea of a distributed network. The distributed network is made up by the nodes which are part of the blockchain network. These are formed by the members of the network who actively make blocks, so these are usually relatively small networks. Blockchain platforms use two types of consensus among all these members to validate the  changes made on any given block amid asking users to prove ownership.

Both ways aim to make sure that any changes made on the blockchain are validated among all members of the network, hence making the blockchain intruders-free as any external change will be watched by hundreds, if not thousands of users.

Another interesting possibility brought along with the invention of blockchain are  smart contracts.

Smart contracts are contractual terms which are recorded in a computer language instead of legal language and that can be automatically executed by a computing system, such as a suitable distributed ledger system. Smart contracts have embedded in their code, not only the rules and penalties around an agreement, similarly to a traditional contract, but also automatic enforcement of those obligations for all parts.

The potential benefits of smart contracts include low contracting, enforcement, and compliance costs, thus these can be very useful as a way to design contracts over numerous low-value transactions thus the perfect outlet for the widespread adoption of IoT. But smart contracts are not free of risks, particularly ethical ones, as they can replicate automatically all kinds of biases based on ethnicity, religion, gender et cetera.

As we have discussed, blockchain technology is able to store and distribute extreme quantities of data in a network of nodes, in a format which is theoretically transparent, secure, and immutable. One can say that the blockchain is a gigantic, distributed super-database. With this kind of data-storage capacity, the blockchain can be seen as positioning itself to become the next architectural structure of the Internet of the future.

Another Valuable Tool for Your Marketing Toolbox: Simple Steps to Create...

Will Technological Innovation Lead To The End of Interest Rates ?

Guide to Creativity in Business Part 4