With the widespread use of mobile devices, a common assumption held by adults, is that young people are continuously logged on to the Internet. Most parents would be the first to admit that they find it difficult navigating menus of the latest Smartphone devices and the generally look to the younger generation a knowledgeable connected source for help. We have all read stories of teenagers who have been addicted to sites like Facebook and Twitter. That widely held view may not be quite accurate according to a report conducted by the Georgia Institute of Technology and the International Telecommunication Union.

The report says actually only a third of young people around the world could be described as “digital natives“. The report is the first comprehensive global look at this topic. 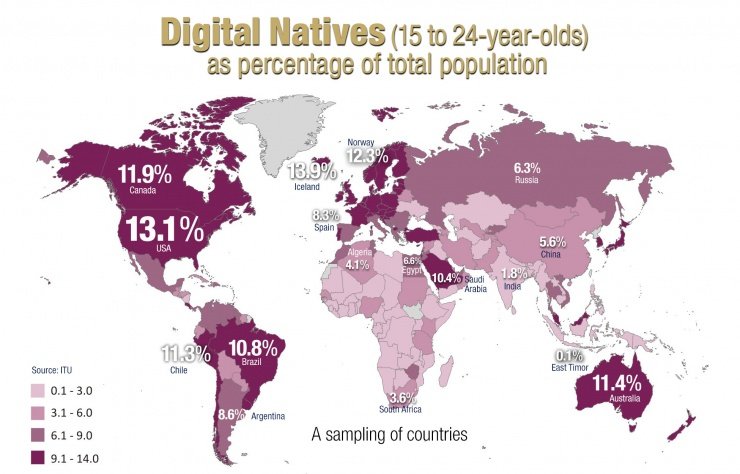 So here are some interesting facts, only 30% of the world’s youth population aged between 15 and 24 years old have actually been active online for at least a period of five years. South Korea has the largest percentage of active online young people weighing in at 99.6%. The least active is the island of Timor Leste with only 1%. The term “digital natives” is used to describe a generation of young people born around the time personal computers were introduced into society. They are also privileged in that they would have spent their lives connected with technology.

In the United States, 96% of young people digital natives and Japan has 99.5%. When it comes to weighing up the percentages, Georgia Tech’s associate Prof Michael Best thinks the most important consideration is the number of digital natives compared to the country’s total population.“That’s because a country’s future will be defined by today’s young people and by technology,” said Best, who co-led the study and, jointly with ITU, developed the model that calculated the worldwide figures.

There is an emerging paradox between always on members of the younger generation and their older counterparts. This is actually far less pronounced in industrialized nations than elsewhere.

The impact of digital natives is more pronounced in low income countries such as Africa and Asia. While you would expect that wealthy nations would have a higher proportion of digital natives there are surprises such as Malaysia who actually ranks in fourth place with one of the highest proportion of digital natives. The fact that Malaysia has a strong historical record of investing in educational technology may have contributed to this boost. The report suggests that Internet usage has been increasing significantly in the developing world for the past five years and that the digital native population in these regions is expected to double by 2017.

Today there are approximately 363,000,000 digital natives out of the total world population of nearly 7,000,000,000. Hamadoun Touré, secretary general of a United Nations agency based in Geneva remarked what’s in store for our future, the “Youth are transforming our world through the power of information and communication technologies. Maybe we need to look closerat countries like Malaysia and emulate their educational strategies. 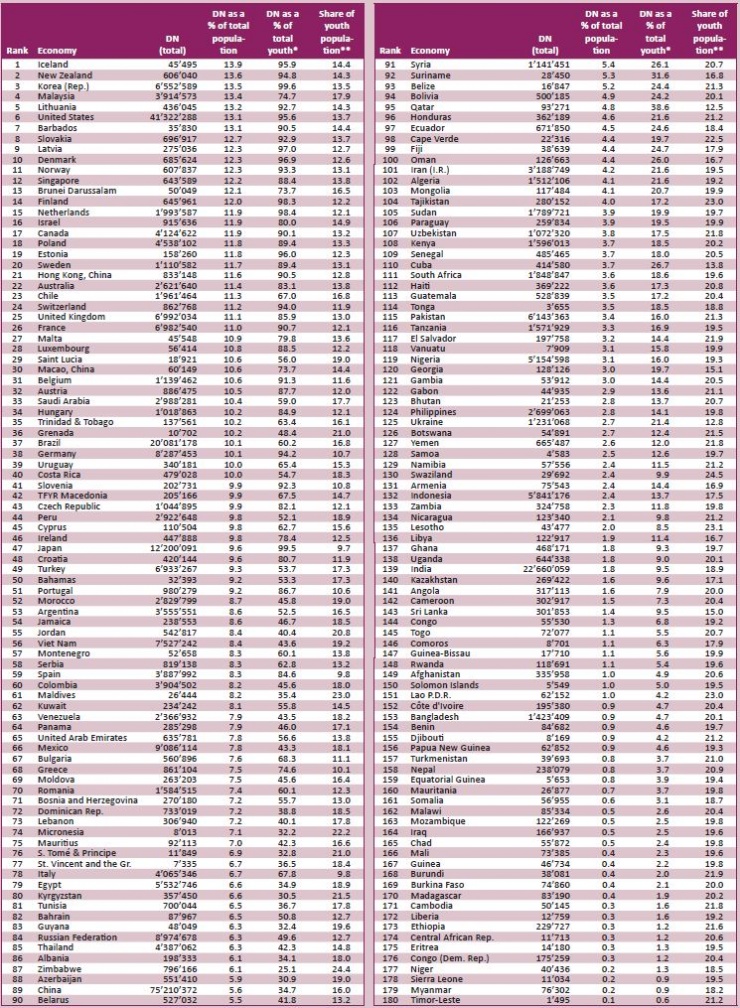 Unleashing Your Potential by Studying for a Master’s Program

The Reasons and Benefits of Studying Data Analytics