A more equitable world, is a world where girls and women hold the same opportunities of boys and men. Unfortunately, females still face many barriers, particularly when it comes to accessing money resources to pursue their dreams and endeavours. Gender pay gap is still an issue even in highly evolved societies, and access to investment another.

Take the case of Krie Lopez, founder of Messy Bessy. In 2007, Krie Lopez  had the dream of launching a  social business to produces home and personal-care products, ranging from laundry detergent to body wash, using natural ingredients. Her goal was also employ and mentor young vulnerable adults who had been trafficked and sexually abused, or had been in prison. They all attended a college in a joint program with Manila Business College. So in order to grow her business, Krie  approached a bank for a business loan … and was turned down. She still remembers what they told her:  “Why are you hiring unskilled laborers in your workforce?’ A lot of people in the financial institutions don’t understand what we’re doing.”

Regardless of the set back, Messy Bessy still went forward, and Krie Lopez borrowed money from family and friends to get started. A decade later, Messy Bessy is a very successful business This business is a good example how women continue to face challenges in securing funding from banks, venture capitalist firms and other investors. But one decade after,  a new evolution is happening as more and more key actors in the field of investment have turned their eyes to gender lens investing, particularly in the Philippines.

What is Gender Investing

Gender lens investing aims to bring about financial returns, while trying to ensure that women benefit through this process. The term and practice are relatively new – in fact less than 10 years old. Nonetheless, this is gaining traction. Not everyone agrees on what is meant by gender lens investing but an underlying principle of this practice is that women have a lower level of access to capital all around the world. Wherever they are located, either in emerging markets or in the developed world, this issue holds true, and it is this that gender lens investing seeks to address. Proponents of gender lens investing also explain that while men and boys should not be left out, the level of inequality is so great that it is important to overemphasise investment in female businesses at the current time. Overall, the end goal is typically to improve the situation for women.

Various types of investing may fall into the category of gender lens investing, depending on the definition that is adopted. For example, some companies may develop products and services that bring about improvements in women’s lives, and investments may be specifically made in these. In other cases, some organisations may treat women better and have good policies for female employees. Another gender lens investing option is investing in companies when these are owned by women.

However, finding these types of opportunities to invest in may not necessarily be all that easy, particularly in so far as finding sizeable investment opportunities. It can also take some time to research and find the right companies to invest in that fit with the gender lens investing practice. Another challenge which some opponents to this practice raise is that investing only in companies that are female-oriented in this way may deny investors returns that they might otherwise get if they invested in a gender-neutral manner. However, there is not a wealth of evidence to support this claim.

On the other hand, proponents of gender lens investing are of the firm belief that when firms have a larger proportion of women in the boardroom they are likely to perform better. It has been proposed that this might be due to the variety of ideas that are put forward in such companies, or due to the fact that there is not discrimination, so the best talent is likely to be represented. There is some evidence to support these claims, but the evidence is lacking on both sides of the argument.

How has Gender Lens Investing evolved over the last decade

Analysis by experts suggests that opportunities for gender lens investing are increasing. Specifically, Wharton states that, “from being a blip on the screen a mere two decades ago, this field is being embraced by more than 100 private and public funds.” It is hoped that gender lens investing will help tip the balance and address structural issues that act as barriers to women. For example, it can be seen that in some emerging markets it makes a lot more sense to have women in roles where they are marketing or selling to women, rather than men, as there is a greater level of understanding among women of how to sell to women. Equally, it would seem to make sense that if women are to be the end consumer of a particular product then perhaps a woman should design it. This follows logically if the company is taking an approach of user-centred design, but the reality is that women are underrepresented in many roles. Gender lens investing works towards trying to address some of these very practical challenges.

In some ways, gender lens investing could represent just the beginning in terms of investing in a more conscious manner. It is possible that other fields of investing may rise up as well, such as those relating to race, ethnicity or class. Hopefully, it will be possible to learn practical lessons from gender lens investing which could be applied to these other potential areas of focus in the future. This type of matching of investments with world problems could be helpful in demonstrating really caring about specific issues in the world and putting investments behind helping to drive change, especially where there are structural obstacles. 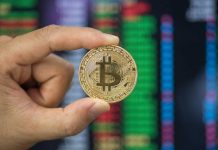 How To Develop A Sustainable Crypto Investment Strategy

How Can I Finance My New Business Venture?

The Growing Eco Friendly Approach in The Property and Construction Sectors