Whether a crisis is small or large, it is somewhat human nature to initially bury your head in the sand and hope it goes away. This is part of the natural response to change – people often enter a state of denial before they actually decide to accept a change and work with it. The same is true of a crisis. It feels easier to ignore it and hope that it does not get bigger. While some crises might dissipate however, most will not and they will grow out of all control unless you take control.

Taking control of crisis is the subject of a 2014 Harvard Business Review commentary by Lauren Leader-Chivee. Chivee reports that in a study that she carried out with the Center for Talent Innovation in 2010, she attempted to determine what the intangibles of leadership are, and interestingly a number of these relate to being able to manage a crisis well. Of course, areas such as good communication and gravitas also emerged as being important, but factors of crisis management did emerge as being very important in good leaders.

The three attributes that were considered necessary for good leaders, and common between them were firstly the ability to have what Leader-Chivee terms “grace under fire”. This means that they have to be able to be cool, calm and collected in a crisis. Secondly they have to have values that define who they are as a leader. Thirdly, and also extremely important for crisis management is that leaders were found to need to have integrity and to be able to continually speak the truth. When dealing with a crisis, taking responsibility and being honest and truthful about the situation are among the best steps that leaders can take to gain respect in crisis situations. Notably, one of the most important findings of the research was that:

“In this day and age, crises are inevitable but leaders are made by the way they handle them”.

Taking responsibility for a crisis is an essential part of leadership. So often leaders are willing to take the credit for when things go well, failing to acknowledge the rest of the team in building that success, or taking credit when the leader did not really do all that much. However, as soon as things go poorly they turn things back on their teams and blame individuals for shoddy work. As Leader-Chivee (2014) explains, this is not the sign of a good leader. In fact Leader-Chivee explains that the leader’s brand is partly comprised of the team, and so the implication is that disassociating oneself from the situation is not really possible without losing credibility and integrity. And of course, as we have already noted, integrity is one of the three most important qualities in a leader.

Leader-Chivee illustrates how CEO personal brand is not possible to separate from the company brand. Looking at Mark Zuckerberg, Bill Gates and Jamie Dixon it is easy to see what she means. In each of these cases the leaders have built a strong persona in the media and this is very closely linked to that of their companies. In this day and age this approach is considered essential to doing business. What it also means is that separating oneself from that brand when something less savoury happens is pretty much impossible, and neither should it be possible.

Quote On Crisis By Albert Einstein

A better approach when faced with a crisis is to follow the old adage of “taking the bull by the horns”. Face the storm head on and address every issue it throws at you with the same values that you hold dear as a leader. Never blame anyone else. Always take responsibility even if you feel it was not your personal responsibility. In the eyes of others it doesn’t matter – you are the leader so ultimately you are responsible. That’s why you’re called the leader because ultimately someone has to be accountable. Look at the steps that you can take to dissipate the crisis while not detracting from serious points that have to be addressed. At the end of the day, taking this approach will garner you a lot more respect and show your integrity far more than if you sweep the crisis under the carpet. 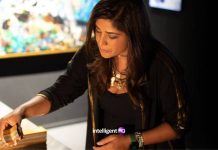 The BEF 2018 Will Make Blockchain ‘Official and Widespread’, Says LATOKEN...

How to Waste Less Time in Your Business

What Does 2017 Forecast For The Contractor Market?

How AI and Machine Learning are Changing Construction