It’s official. We are two full weeks into the bitcoin halving extravaganza.

It’s been up and down, but so far, there has been no massive plummet or significant increase. We saw the coin dip just hours before the halving occurred, then it climbed back reaching beyond the $9700 mark.

Good … but then it fell back under the $9K mark and has been in the low nine-thousands for the last few days. So, let’s look at the latest BT headlines as we move into the last month of 2020’s second quarter.

Fortunately, BTC price has rallied back up to the 9600 dollar mark but now has been hovering around $9400 and change. This is good. It could mean that BTC will soon reclaim its 10K line. But some think this might be a pump and dump related to CME BTC futures expiry dates – one coming in June.

Some people trade daily, some are long-term investors, and some people use bitcoin as a tool for safe secure purchases. If you’re one of the latter, sportsbooks are a great way to temporarily convert BTC to cash to avoid losing hard cash in a price crash.

But why do I expect more volatility?

Expirations on derivatives, of course. So, we’re back to those expiry dates. On Friday, CME BTC Futures mature and we could see significant volatility shortly after. According to CoinTelegraph, it’s to the tune of 328 million dollars in derivatives, and we should expect a 2.3% drop.

But we are in a unique spot. The rewards just halved, and there is significant open interest in both futures and options. So, the long and short (positions) could end up duking it out … but we still are not sure as to how the halving itself will impact this, also how much hedging is coming out of those derivatives.

My guess is we’ll see quite a bit of up and down over the next few days and then a short-term stabilized trend one way or the other in the next couple of weeks to come.

In other news, it’s been nearly nine-hundred days since BTC smashed into the $20,000.00 price range. The March equities crash has been just about erased, and many see this all pointing towards a massive bull run where new records are set.

Imagine, one bitcoin worth half a million dollars! If that’s the case and you invest in two coins right now and sell at the correct time, you’re might be a rich man or woman in a few years. Unchained Capital HODL Wave chart has predicted bull runs in the past and right now, it indicates a massive run towards triple-digit price tags.

How it world by displaying a cross-section of coins that haven’t moved (old supply) with lower contours representing demand (recently moved). You can find the HODL Waves Chart here.

“The last 896 days were simply one massive re-accumulation phase before the run to 100k+ #bitcoin, and the consolidation structure will soon be broken. Are you prepared?” – Positive Crypto

Bear markets have been higher. Low points at higher levels show growth and that the market is positioning itself for a bigtime up-slide. According to these indicators, the previous ceiling of $20K will be smashed in the next couple of years. 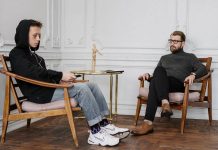 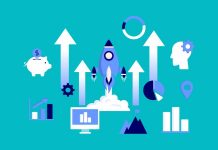 FutureFest 2015: Savoring The Bittersweet Taste of The Future

The Power of Promotional Products in Building Brand Recognition