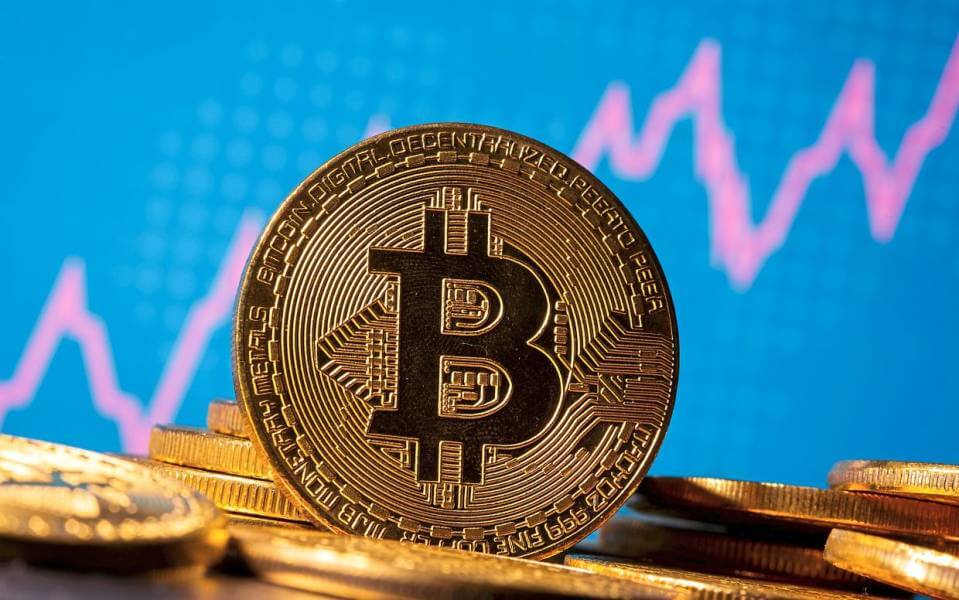 According to the legendary Mark Twain there are 3 types of lies: Lies, damned lies, and statistics.

The boom in global adoption of Bitcoin and other cryptocurrencies has led to a flurry of criticism regarding its our climate, there has been a lot of disconcerting statistics coming from prominent individuals and groups all over the world.

A few of them are;

“Bitcoin mining will cause global temperatures to rise by two degrees.”

“If everyone started using Bitcoin, its network would consume more power than the world has to offer”.

These are just a few of the talking points that you have probably heard from the likes of Bill Gates and just when crypto enthusiast thought that Elon Musk was about to take crypto to the Moon, he did a 180-turn around and echoed the same concerns as Tesla announced that they would discontinue accepting bitcoin as payment for the purchase of the electric vehicles.

And in May 2021, when the Chinese Government cracked down on bitcoin mining activities in the infamous Sichuan province, all hell broke loose as many major news outlets began to amplify these catch phrases. Bitcoin and the entire crypto market capitalization took a hit as prices plummeted over 40% across board.

Whether ironically or conspiratorially it seems that none of these critical parties took the time to actually fact check information about Bitcoin energy consumption.

That’s why today, we’re going to give you all the facts behind these misleading statements or “statistics” – a la Mark Twain. And explain what the recent boom in Bitcoins and other Altcoins may mean for the global climate and energy consumption.

In fact, by the end of this article, you might end up having the opinion that mainstream adoption of Bitcoin might actually be good for the climate.

But just before we get into the details, discuss the role that cryptocurrencies currently play in climate change and global energy consumption.

To get a full grasp of how the massive boom in global Bitcoin and altcoin adoption is affecting our climate, we need to understand the basic protocols of how blockchain technology works.

First, to understand where all these crypto climate concerns are coming from, you need to understand how crypto mining works. Bitcoin Ethereum Litecoin and a few other large cryptocurrencies currently use the proof of work consensus mechanism to validate and record transactions.

In simple terms, a consensus mechanism is the process used by multiple entities to reach an agreement about a fact. As a simple example, let’s say you’re hanging out with eight of your friends and you’re deciding whether to go to the movies or to the beach.

The consensus mechanism for that decision could be a simple majority vote, or it could be that all of you must vote to do the same activity. Cryptocurrency works the same way except that instead of a group of friends deciding what to do for fun. It’s a group of computers spread around the world deciding which cryptocurrency transactions are valid.

Rather than confirm one transaction at a time. Cryptocurrency networks group multiple transactions into a single block with each block containing a record of the previous block hence the term blockchain.

For the Bitcoin blockchain, miners are rewarded with small amounts of BTC for validating each block of transaction.

This BTC reward becomes a huge economic incentive to attract more computers around the world to join the Bitcoin network and process transactions, which makes it larger, faster and more secure.

Bitcoin is technically the most secure payment network in the world, and it has the added benefit of being completely decentralized, meaning that it is not being controlled by any single individual, company or government.

Why Bitcoin Consumes Lots of Power

Rather than a simple majority vote. The proof of work consensus mechanism determines which computer on the Bitcoin network gets to process a block of Bitcoin transactions and earn BTC. The computer that does this is the first one to solve a complex equation.

So, essentially, the more powerful a computer system is, the higher the chance it has of being the first to solve this equation and produce a Bitcoin block.

Today, there are over 1 million Bitcoin miners around the world and that’s in addition to the millions of miners processing transactions for other proof of stake cryptocurrency networks like aetherium and Litecoin.

And because the competition is stiff, miners have to invest in huge computing resources to increase their chance of solve the complex mathematical equations required to validate transaction on the Bitcoin blockchain. We have miners that have run mining farms as huge as a mid-sized football stadium.

But are all of these concerns based on fact? Stay tuned for the next section…

Are the concerns of Crypto Critics credible?

Although concerns about crypto’s effect on the climate have been around since Bitcoin began back in 2009. It wasn’t until the 2017 crypto market boom that these concerns started to hit mainstream headlines.

And most of the statistics cited by these crypto “climate critics” all seem to originate from a single source. The source in question is an academic article published in 2018 by Nature’s Climate Change Journal.

As the title suggests, the publisher argued that emissions from Bitcoin mining alone could increase the global temperature by two degrees.

Now, this “2 degrees” figure appears to be quite significant because it’s the temperature at which climate experts believe most of the planet’s coastal cities and shorelines would start to see serious flooding.

In fact, staying below this two-degree level is the goal of the Paris Climate accord. And we’re currently sitting at about 1.4 degrees above pre industrial temperatures, which is the benchmark climate experts are using when you consider bitcoins comparatively small energy consumption on the global scale.

You must be thinking, so where does the problem lie?

Well, the problem is that the numbers from this frequently cited article don’t seem to add up, and that’s because they really don’t.

First off, the authors of the article argue that it would take between 30 to 60 years for Bitcoin mining emissions to come close to changing global temperatures.

Secondly, this 60-year timeline was reached based on a series of highly faulty assumptions about Bitcoin.

Three, the Climate Change Journal assumed that the global mainstream adoption of Bitcoin that was happening in the peak of the 2017 Bull Run would continue at the same rate indefinitely, until BTC became the world’s go to currency.

Four, they assumed that the Bitcoin network would be processing nearly 1 billion transactions per day, which is literally impossible, given the Bitcoin is built to process only a maximum of 100,000 transactions blocks per day.

Lastly, all of our current industrial and fiat-based financial system all depend on infrastructure of large corporations and banks who consume a far large amount of energy that crypto-economy currently does.

One of the most popular, but, again, misleading catchphrases is that “a single Bitcoin transaction uses more energy than 750,000 visa swipes”. This statement is factually improbable. The false equivalency is so obvious because there is much more to a visa transaction than a single swipe. Visa transactions require a massive infrastructure of banks, merchants and middlemen that all use vast amounts of energy resources.

How Can Bitcoin Adoption Help to Achieve Better Energy Efficiency?

Contrary to popular opinion of the day, the cryptocurrency boom actually increases the economic incentives for miners to find the cheapest and most energy-efficient options to generate the maximum computing power. In fact, following the crackdown on mining activities by China, miners have entered a rate race to find energy-efficient solutions to power that computers. Here are a few ways that miners are exploring to help lighten the energy consumption.

You see, many critics also assume that all Bitcoin miners are using fossil fuels or hydroelectric power as their primary energy source, which couldn’t be further from the truth. According to recent report by Ark Investments, 76% of Bitcoin miners are now using Clean energy.

Critics also assume that the energy that is used to mine cryptocurrencies will not improve at all. Which is another hoax. Today, there has been significant investment in energy-efficient equipment such as miniaturized Graphical Processing Units (GPUs) that will significantly reduce the amount of computing power required to process each transaction.  Efficient GPUs reduce the amount of heat generated by each computer, which ultimately reduces the energy required for cooling.

It won’t be long before these equipment are deployed in other industries as well. All of these revolutionary inventions are some of the ways that the boom in adoption rate of Bitcoin and other cryptocurrencies could help to improve the energy-efficiency across the globe.

Lastly, they assumed that the electrical energy required to process each of these individual transactions would be the same as producing an entire Bitcoin block. Meanwhile, in practice, each Bitcoin block can contain up to 3000 multiple transactions.

And when you consider layer 2 solution projects such as Polygon/Matic, Arbitrum, Cartesi and the Bitcoin Lightning Project that seeks to bundle multiple and recurrent bitcoin transactions between groups of users into a single block, its becomes crystal clear that crypto currency transactions will become increasingly efficient in the long run.

The fact of the matter is, there’s huge economic incentive for Bitcoin miners to invest in energy saving technology.

If you were to compare the energy consumption of the global Bitcoin mining activity to that of the current financial system, it is estimated to be less than the power used by physical bank branches in the United States alone.

So, we can conclude that contrary to popular opinion, the boom in the adoption of Bitcoin and other crypto currencies is more likely to improve global energy efficiency in the long-run. Climate protectionists should turn the flashlight to the real culprits, the factories, Oil companies, Banks, and the Logging companies.

If you were to compare the energy consumption of Bitcoin mining to that of the current financial system, it is estimated to be less than the power used by physical bank branches in the United States. Note that this doesn’t count all the energy from the corporate offices, ATMs, servers, secure vehicles and the massive regulatory infrastructure that’s built around legacy finance. When you compare apples to apples, cryptocurrency offers the world a far more energy-efficient financial system.In case you are considering integrating cryptocurrencies in your business check out Invezz for more guidelines and information.