While it was amusing to see people stampede ( bar the regrettable violence of course at #WalmartFights ) to take advantage of the latest black friday deals, it appears that though brands are invested in heavy advertising, social media seemed to play a minor role in the U.S.  Rather it was the type of device used to access the web that led to a successful Black Friday.  Mashable is reporting that IBM discovered that just about “1% of purchases and traffic on ecommerce websites for Black Friday and the week as a whole were directly generated by social media sites”.  Big Blue recorded that the biggest surge came from mobile sales which reached 25.8 percent of total online sales for Thanksgiving, and 21.8 percent for Black Friday, as consumers went from the dinner table to their tablets to lock in the best offers.

I really wish ppl would fight like this for things that matter in this country! #walmartfights #capitalism – http://t.co/njjBGehzfi 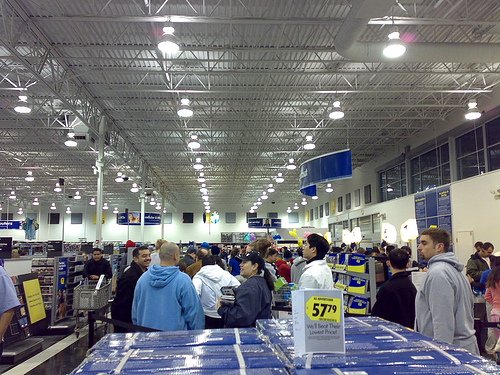 Branding Brand, a leading mobile commerce platform to top retailers, released the results of its Mobile Commerce Index for Black Friday, which also showed continued growth in consumers shopping on smartphones. The Branding Brand Mobile Commerce Index identifies retail trends across a sample of Branding Brand’s clients in various industries, including apparel, health and beauty, and home goods. The results are impressive when you consider that they are for smartphone optimized websites. This is yet another reason brands need to revise their web strategy.

Here are the key takeaways:

P.S. In the U.K. we also had our share of Black Friday scuffles, what does this phenomena say about all of us? Your thoughts please.

Five Reasons Why Financial Investors Aren’t Just for the Rich

Learning from Yahoo! a guide to flexible working

Opportunities and Risks Presented by the Internet of Things

Become A Master Of Real Estate In The Modern Age