We never have been so closer to the future than we are now. There are news spreading across the media about the robots takeover of our jobs, driverless cars hitting the road with outstanding proficiency in driving standards, while at the same time, virtual assistants make us feel a bit less lonely telling us jokes and spending time with us. In fact, Siri, Alexa or Cortana have something machines didn’t have before: a simulated human conscious capable of keep conversations with humans without being uncovered. AI is now at its most advanced development stage ever, but… do we need to worry about how smart are getting the robots? Will we ever need to?

That fear, or awareness as it’s more accurately said, is shared by top members within tech companies that are currently researching in smarter AI. Google’s Director of Engineering, Ray Kurzweil, recently showed some concerns about how quick robots are learning from humans to disguise as one of them. “2029 is the consistent date I have predicted for when an AI will pass a valid Turing test and therefore achieve human levels of intelligence. I have set the date 2045 for the ‘Singularity’ which is when we will multiply our effective intelligence a billion fold by merging with the intelligence we have created,” he said in an interview.

Whether real or not, Kurzweil’s predictions of singularity becoming real bring along a sort of fear for the potential outcome of a technology said to change the world – it is actually doing so. However, we are standing now at that time of history when future can still be taken under control, or at least we can try. Quantum computing is not ready to set off yet and machines are in early stages of development, they can read data and make predictions out of them, but that is about it and nothing else, there is no creativity involved in the process.

That’s why decision-makers, international institutions, tech companies and researchers need to draw a red-line and make sure this force technology will never get out of control. There are some that have started to set those limits in which humanity will be aided by AI instead of feeling threaten by it.

One of the first to take action about this has been the UN’s Secretary-general Antonio Guterres, who has pointed out that although he sees “the potential of new technologies to deliver positive change but also to unleash serious harm.” And to avoid that harm, he is due to release a new strategy-book to control the emerging technologies of the 4th Industrial Revolution.

Antonio Guterres is well aware of how these technologies, where AI is at its centre, is taking a main role in human daily actions and so he “calls for expanding the organization’s knowledge base on new technologies, particularly as they relate to its core areas of work: international peace and security, development and human rights,” he said recently and reproduced by the World Economic Forum.

The UN, as the world main watchdog, wants to make sure that 4th Industrial Revolution comes in a way that will maintain peace and prosperity rather than conflict and poverty. And the secretary sought to achieve the SDGs with their help.

In his new strategy, he wants to “scale up UN exposure to and understanding of new technologies,” as the starting to point to follow ethical practices out of them. While the UN doesn’t promote technology research, they have said to understand their potential as game changer.

Antonio Guterres also wants to “take stock of existing and emerging normative, regulatory and cooperation processes to harness the opportunities and lessen the risks posed by new technologies” in his new strategy-book. He sought to address, with all UN members what should be regulated and, for that, to draw deadlines in research processes.

And finally, the UN will encourage other state members and private organizations to “deepen understanding of the effects of new technologies on sustainable development and human rights.” As they see it, technology is meant to push humanity forward, not to scale them down as mere tools of new economic paradigms.

The UN, however, has limited effect over the world’s synergy, they do what they can with the resources they are provided with. However, bringing this topic out of the blue is also the best strategy they can follow to make those who are driven by technology itself or by profit to think it twice. Singularity was thought as a never-going-to-happen scenario, let’s keep fighting for that. 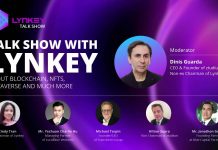 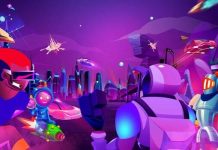 Is Blockchain the Future of Healthcare?

Who Can Write Your Essay in 1 Hour?

Top 5 Things to consider with Big Data and Mobile