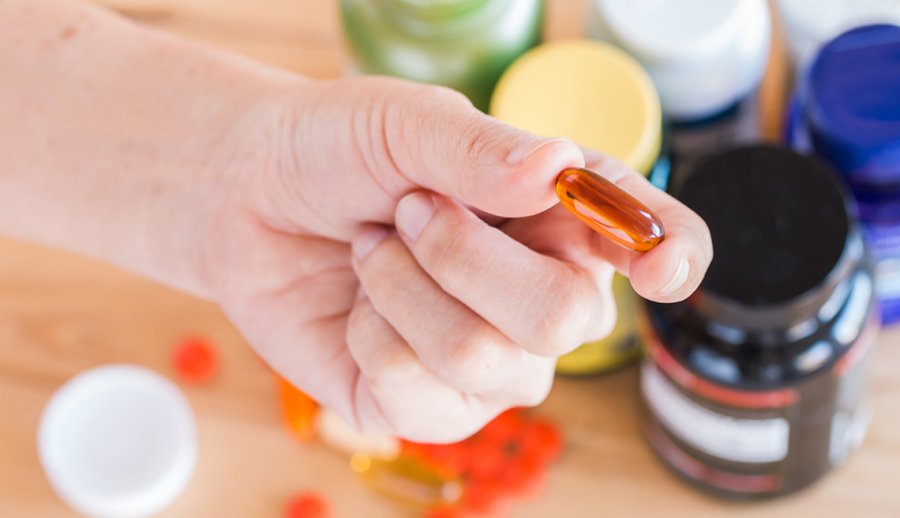 If you have a job or hobby that requires you to spend long hours in front of a computer screen, you know how difficult it can be to remain alert when you’re staring at words, spreadsheets or lines of code. The traditional supplement for fueling long hours of computer work has always been caffeine, of course, but caffeine tends to lose its effectiveness the more you use it. On top of that, you’ll have raging headaches to look forward to when you finally decide to discontinue or cut back on your caffeine use.

So, what are some supplements other than caffeine that can potentially improve your alertness and memory retention during long computer sessions? A good supplement is the all-natural supplement offered by Nature Happiness and, in this article, we’ll go over some of the other supplements that experts are currently recommending.

Cannabidiol (CBD) is a non-psychotropic extract taken from industrial hemp plants, and it’s proven to be one of the world’s most popular herbal supplements. CBD has become particularly prized among those who suffer from problems such as anxiety and chronic pain, but research to determine the best and most effective uses for CBD is still ongoing.

One of the more interesting ideas discovered in the research to determine the benefits of CBD oil from companies like Crescent Canna is that it may promote wakefulness and thus could potentially be a good supplement for long hours of computer use. That potential property of CBD was examined in a review published by Current Neuropharmacology in 2014. In the review, it was noted that CBD appeared to increase wakefulness in studies on rodents, which seems to contradict the fact that many people use CBD and private label nootropics to combat insomnia. If CBD does promote wakefulness, it’s possible that the benefit has something to do with improved overall sleep quality.

The term “French paradox” has been a catch phrase since the 1980s, when researchers noticed that there appears to be a lower prevalence of heart disease among the French as compared to Americans despite the fact that the French diet is typically much higher in saturated fat – which should cause heart disease. Some have speculated that the reason for the French paradox is the higher consumption of red wine among the French. Red wine is rich in the antioxidant resveratrol, which is found in the skin of grapes. In the decades since, researchers have focused on resveratrol in an attempt to determine whether it has health benefits. Although the results of that research have been mixed, resveratrol has since become an extremely popular supplement and is available in health food stores throughout the world.

Can resveratrol do anything to improve your alertness during long computer sessions? A study published in Frontiers in Aging Neuroscience in 2009 suggests that some potential exists. In the study, 60 one-year-old mice were divided into two groups. Half of the mice were given resveratrol, and all mice were monitored over a one-year period. The researchers found that, as the mice aged, the resveratrol group appeared to maintain superior cognitive performance.

Gingko biloba is a tree that’s native to China and has been used in traditional medicine for hundreds of years. Today, it’s very common to find extracts of gingko biloba leaf sold as herbal supplements in health food stores. It’s said to promote cognitive function and memory retention – but does it actually work?

In 2016, Frontiers in Aging Neuroscience published a systematic review of available studies examining the effects of gingko biloba in patients with dementia, mild cognitive impairment and Alzheimer’s disease. The researchers compiling the review found evidence to suggest that gingko biloba can improve symptoms of cognitive impairment – and thus, improve quality of life – when it’s administered in high doses.

Fish oil that’s used as a nutritional supplement is typically gathered from predatory species such as sharks, swordfish and tuna. Those predatory fish feed on small, oily fish and thus accumulate high concentrations of omega-3 fatty acids within their tissues. Omega-3 fatty acid supplementation is widely believed to improve long-term cardiac health outlooks, and fish oil has become an extremely popular supplement as a result.

Omega-3 supplementation is also believed by many to support cognitive health, and that’s a topic that researchers examined for a study published in Human Psychopharmacology in 2014. In the double-blind study, young adult participants were given supplements of either eicosapentaenoic acid (EPA) or docosahexaenoic acid (DHA). Fish oil is rich in both types of omega-3 fatty acids. The researchers performing the study found that EPA supplementation seems to significantly improve cognitive performance. Volunteers receiving EPA supplementation were able to complete cognitive tasks with greater ease, suggesting that the supplement improved mental performance.

If you’re a vegetarian, algae oil is an excellent animal-free source of EPA and can be taken as an alternative to fish oil.

Ginseng is a root that has been cultivated and used in traditional medicine – particularly in Chinese medicine – for at least 1,800 years. In particular, traditional Chinese herbalists have administered ginseng to patients during the recovery phase following illness. Although research into the specific benefits of ginseng have been mixed or inconclusive, that hasn’t stopped people around the world – particularly in Asia – from using it every day for vitality, energy and overall wellness.

Photocopier Machines for Businesses: Everything You Wanted to Know

Lessons We Should Learn From the Enron Scandal