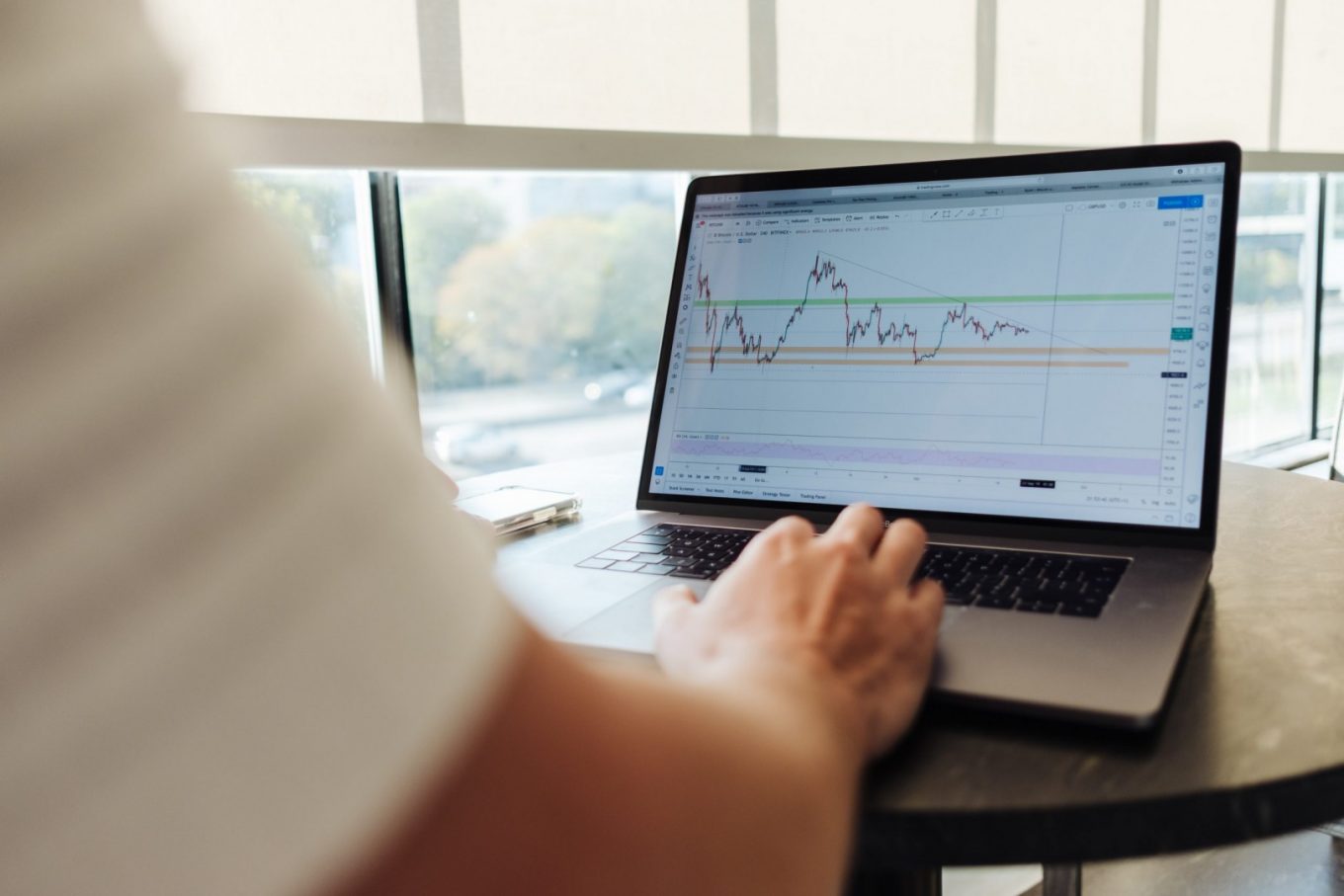 N’Gunu Tiny, Founder and Executive Chairman of the Emerald Group, is an expert in transformative tech and social innovation. His book Impacting Lives will be published in Fall 2021…

Africa’s complex attitude to banking and financial services is well illustrated by the surge in cryptocurrency transactions over recent years. Despite the continent’s outdated economic policies and slow regulatory changes, virtual currency is striding ahead as it’s embraced by the tech-savvy youth in Africa.

The continent has, of course, already fully accepted mobile transactions and the increase in reliance on mobile devices to connect a previously undigitised population, so I’m surprised to see how well cryptocurrency is doing. What else is behind this quiet financial revolution in Africa?

The quiet financial revolution of cryptocurrency in Africa

An economic revolution that has very little to do with the traditional banking sector, the cryptocurrency boom in Africa is indicative of a continent keen to make tangible changes.

In 2020, according to data from Chainalysis, a US based blockchain research firm, Africa’s monthly cryptocurrency transfers of amounts under £8,500 (US$10,000) increased by 55%. This boosted them to a peak valuation of £227.5 million (approx. US$316 million) in June of that year.

It’s extremely likely that these figures will continue to rise, as Africa continues to use crypto for commerce as well as financial trading. This is bucking the usual cryptocurrency trends of mostly using virtual currency for trading. In Africa, rather than traders being the main users of crypto, it’s actually small businesses and individual people in Kenya, Nigeria and South Africa in particular.

How does cryptocurrency work?

While many argue correctly that cryptocurrency is a store of value, in its simplest form it is virtual money that can be used online to buy products or to transfer to other people. It’s called cryptocurrency because of the complicated code used to create it and securely record all the transactions. All cryptocurrencies use Digital Ledger Ledger (DLT) technology with this specially encrypted code to ensure privacy. Blockchain is a type of DLT which was born out of the birth of Bitcoin, but there are in fact many DLTs that are not built on Blocks.

As cryptocurrencies are in the control of the user, they effectively cut out the need for traditional banking and savings products. We have recently seen the growth of Decentralised Finance (DEFI), where an individual can lend out or stake their crypto assets in return for a fee or interest. Doing this can earn you something between 8% and 16%, compared with holding cash in a bank where it loses real world value and typically earns less than 1%.

Digital cash also allows for new means of transferring money that is cheaper and faster. People can easily transfer their cryptocurrency from their own virtual or e-wallet to someone else’s, without waiting for a middleman service to make the transaction.

Some of the popularity of cryptocurrency lies in its unregulated transactions. Although Governments are now beginning to make moves to license and regulate this sector, most cryptos don’t fall under any specific regulations. This leaves them free from Government intervention. This will not last, however, particularly as cryptocurrencies are only gaining in popularity and use in developing countries as well as mature economies. It is important for Regulators to lead the way in this area and I am certain a few countries will naturally take the lead.

This decentralisation is a major reason for the growing popularity of virtual currencies. Cryptocurrency takes the traditional use of money to buy things and transfer to people and businesses and effectively makes it more transparent. In theory this democratises the future of international currency and finance – we can all be part of it rather than it being controlled by a few powerful organisations. Stakeing and DEFI is a natural progression from the start of the journey.

Bitcoin was the first cryptocurrency available

Bitcoin was the first cryptocurrency available for people to use, and although it’s been in existence for around 12 years, it’s still the most popular. Created back in 2008 by either one person or a group of people using the mysterious pseudonym Satoshi Nakamoto, Bitcoin started the concept of decentralised virtual currency. Since then, Bitcoin has been joined by more than 6,000 other forms of cryptocurrency. Other well-known and popular versions include Litecoin, Ethereum, Ripple and Bitcoin Cash.

Many experts in the field of blockchain technology and cryptocurrency believe that Africa represents the next new frontier for of development and will contribute significantly to global economic growth. More and more people in Africa are using digital financial services, such as money service M-Pesa. This naturally leads to an interest in and acceptance of the concept and use of cryptocurrency.

For a population now involved in the online world and able to connect to the technology that more developed economies have been using for longer, cryptocurrency is the logical next step. Because cryptocurrencies work for the user in the same way as mobile money, it’s actually easier for Africans to grasp compared with people in the west who are used to long-term financial inclusion and simple access to banking and financial services. Again, there is a chance for economic models to ‘leapfrog’.

All of this makes Africa an extremely fertile landscape for cryptocurrency use, and this will lead to a boom over the next few years. The continent has a huge and increasing generation of young, adaptable, flexible and well-educated professionals. Many of these young people are entrepreneurs just starting out, and fully utilising many forms of Fintech and digital solutions.

Accessibility and decentralisation are important for crypto popularity

As Africa still has pockets of high unemployment in some regions, people are also looking for new, accessible ways to make money away from the more traditional sectors. The pandemic has exacerbated the unemployment level not only in Africa but all around the world. But the continent in particular has the ideal mix of challenges and opportunity that lends itself to virtual currency usage.

Virtual currency also opens opportunities to work with international businesses. It’s an easier way for young entrepreneurs to gain a foothold into working for major brands and companies overseas.

There’s no doubt that the unreliability of local currencies within Africa have also played a role in the crypto boom on the continent. For example, when hyperinflation hit Zimbabwe’s economy back in 2015, many people turned to Bitcoin trading as an alternative way to make money. Because cryptocurrency is a viable and accessible alternative to traditional economies only run and controlled by Governments, it’s a clear winner for African people. They have lived through mistakes made by traditional economies in their countries and have endured the negative effects of poor Governmental decision making. They see cryptocurrency therefore as a way to take back control of their money and their financial future.

It’s also feasible that cryptocurrency can boost African economies in the long-term. As these virtual currencies are working alongside domestic currencies, it could give economies more stability and resilience.

What are the risks of cryptocurrency use in Africa?

Of course, it’s not without risks for Africa. Cryptocurrency, by its very nature, is volatile and difficult to predict. As many virtual currencies remain entirely unregulated their legality in African countries is unclear. This means there is no compensation for loss of funds and no insurance for people should anything o wrong.

Other downsides, particularly for short-term users and investors is that cryptocurrencies can suddenly hit a wall and slump sharply. This has happened to Bitcoin, for example, on a number of occasions over the last ten years. While the value has always risen again eventually, this could be a problem for short-term investors. There is also a high likelihood of people being drawn into scams or schemes that are not true cryptocurrencies.

There must be more education and learning around cryptocurrency for people, rather than just an open invite to jump right in. Cryptocurrencies are simple when you’ve taken time to learn about them and understand how they work and what they ca do for you. However, at first glance it can be a confusing world and it’s easy to make mistakes. People with little prior understanding of new tech could be hit hard by scams.

In Africa, much of the uptake is by the already connected young population of professionals, who are used to using mobile money apps. It’s an easier switch for them as virtual currency is familiar and understandable for these users. For those already exposed to technology and the concept of crypto, the learning curve is shorter and much more manageable.

And the future of cryptocurrency in Africa?

As to the future of cryptocurrency in Africa, I think it will only continue to become more popular and eventually move into the mainstream. For example, Africa’s largest economy is in Nigeria, which has already legalised cryptocurrency and begun issuing regulatory guidelines for cryptocurrency-based start-ups and for digital currencies in general.

South African countries are also developing new laws to allow a future where cryptocurrency could be the norm, and a fully accepted and utilised way of using money. Other cryptocurrency hotspots, such as Kenya, are following suit. Kenya is experimenting right now with a digital tax that was launched in January 2021. This is likely to open the door for more regulation surrounding cryptocurrencies and digital money.

It may be too early to say definitively how widespread the use of cryptocurrency will become in Africa, I think it’s extremely likely that it will continue to increase across the continent. More than ten years into its existence, cryptocurrencies are beginning to find their way towards mainstream use.

Contractor Mortgages and the Importance of Getting Advice

Knowing When to Negotiate: 5 Signs That Your Company May Need...

Do You Own A Small Business? Here’s Some Important Advice