While the business world continues to ride the wave of technology, there are some businesses that are at the forefront of that curve. Not only do some current apps, software, and products in general allow for a better way of doing a certain process, but sometimes a business has to rethink their processes. It’s not just about doing things faster, it’s about doing them more efficiently. Video conferencing is one of the ways that the future is now because when it comes to maximizing employee efficiency and doing more for less, it truly makes the difference.

Costs Are Hidden as Well

When people think about their clients, they obviously want to take care of them. If you aren’t able to train your employees, you can run into major inefficiencies. And, if your vendors or partners never get to see you face to face, the problems resulting from poor communication will be numerous. The way to fix this according to the old guard mentality was to get in your car and make face to face visits. Obviously no one will question the importance of visual communication, but the costs of driving are far too much.

According to the New York Times, the costs per mile were already high as of a few years ago. While those costs may have come down briefly due to more fuel efficient cars, you are also paying more in order to capture that fuel efficient technology as well. Furthermore, the costs of parking, idling, registrations, vehicle insurance, inspections, repairs, and taxes on the asset all start to add up. In short, owning a car for a business used to be a necessary evil. Now owning a car for a business is a vastly inefficient way of doing business.

Partnered with wave of technology comes a younger generation that has been raised on it in the first place. Despite the fact that many young people have more access to more people than ever before, the millennials in general aren’t comfortable when it comes to face to face communication with others. The biggest problem is that as referenced by the Houston Chronicle, face to face is still the dominant method of business communication. While they may not have a problem being in front of people, it only makes sense that they can get in, do their business, and get out. With the touch of a button they can do just that when it comes to video conferencing, and there’s no reason to think that they will actually want to stick with a model that devotes a significant portion of time to visiting with others.

The major thing that makes this a new process with such a strong upside is that the technology is so easy and so efficient. Thanks to the software already out there just like Blue Jeans virtual training systems, the employees of a company can be on a face to face conference call with a potential client in mere seconds. What is even better is that within a minute of hanging up they can be receiving a call from a supplier or a company official. Finally, they can be on the phone touching base with an existing client just a minute after that. In short, they can do all of those things and still achieve face to face connections before the old fashioned sales person has even gotten to his first destination.

As PC World discusses, the generalization that an aging population dislikes technology is actually incorrect. Many of the so called baby boomers truly do like technology. They were able to make the jumps into the internet, email, and even popular apps like Facebook thus far, so why wouldn’t they be able to continue learning as well? The key to making sure baby boomers and other adults in general are able to understand the technology that a business embraces is actually quite simple.

You need to have an effective means of training when it comes to the technology, or you need to have simple technology to use. The good thing is that with the proper video conferencing software out there today you can get both. Furthermore, once you show the boomers not only how easy it is to use the software and technology, but also show them how much time they can save by doing so, it is a much easier process.

When it is all said and done, businesses need to be able to rethink their processes if they are going to survive. There’s a reason that horses replaced foot travel for communication and transportation, and then automobiles replaced horses after that. The next wave of being able to communicate intelligently is going to be video conferencing. Because of the efficiency is creates, and the costs is saves companies, there’s no reason to think it won’t be the new industry norm within the near future. 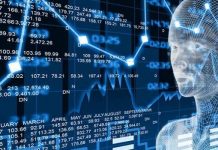 How to Become a CEO Part 2

4 Cheap Investment Opportunities That Everybody Can Get In On

Tax Rules You Need to Know When Selling Or Buying Bitcoin