Machine translation is increasingly becoming efficient and capable. It is almost catching up with human professional translation. This article describes some of the amazing advancements in this technology.

If you have ever used google translate engine, then you have interacted with a concept known as machine translation. Nowadays, while undertaking an online search for some crucial information you require, then realize that the content on a certain page is in a foreign language, you can have addressed the issue through a translation engine. This makes it a lot easier to obtain the information you need despite the language barrier.

The advent of this technology occurred over a decade ago and continues to advance by the day. Some companies are at the forefront of research and development. They include:

Development is now not only focusing on websites over the internet but also in apps and smart telecommunication devices.

Voice recognition is also a branch of this technology, whereby a machine can listen to spoken words and perform the requisite command or give an appropriate response. The main aim of translation technology is to reach a level whereby it is almost indistinguishable from a human translator.

If you are interested in Hmong translation, here is the Hmong Translator that will help you.

What Is Machine Translation?

Machine translation refers to a technological concept whereby computer applications use complex statistical calculations to translate a source language to the target language. Computers normally perform multiple statistical and probability calculations to produce the required translation. However, this system is not usually perfect. In most cases, services such as google translate usually provide literal translations of the text in the target language, thus distorting the original meaning. If the translation is reversed to the original language, you end up with a different phrase.

A good anecdote can be seen in most article spinners. In most cases, you will find that the spun content is full of words and phrases that are out of context. As such, the entire text can end up losing its general meaning.

You might wonder, what are deep neural networks? Deep neural networks can generally be described as technologies created to mimic the functioning of the human brain. This specifically deals with the recognition of patterns as well as the process through which input or information transits via multiple layers of neural connections similar to those of a human.

Human beings learn by obtaining different types of information from the environment, ranging from visual, auditory, and sensory. After that, their minds process this information leading them to take various actions. A repetition of such stimuli leads to what is known as experience, and they gain a better understanding of the information obtained from the environment.

Similarly, most tech experts consider neural networks to possess input, output, and a hidden processing layer or layers in between. Every layer has a special function that helps to sort out and order data in a process that can be called a feature hierarchy. Among the main concerns about dealing with such complicated neural networks is the issue of unstructured or unlabeled data. I.e., they still cannot interpret the raw forms of random data. For this reason, a professional online translator is far more superior in the process of translation than the most advanced machines.  This is an ability that humans still have a much higher capability of the undertaking. Another phrase is known as “deep learning” is also used to describe such networks. Deep learning is a subset of machine learning whereby technologies that utilize aspects of AI seek to order and classify data in methods that extend beyond the simple input and output protocols.

Deep learning is an improvement in machine translation. It can achieve better outputs compared to older technology. Translation machines are now capable of achieving more quality output using the least input. The quality of the output is usually measured by an index known as the BLUE score. This system undertakes a comparison of the output texts with those of a professional human translator.

The concept behind this is very basic, i.e., the higher the similarity of the output to that of a human translator, the more efficient it becomes. For this reason, online translation services normally strive to attain as high a BLUE score as possible. Nevertheless, the BLUE score is not a silver bullet to accurate translation. You can attain a very high BLUE score while translating one language, yet the achievement says nothing about the source language. Language is a very complicated human aspect. Other translation methods are also highly effective.

Machines are also trying to be as adaptable as humans. The human capability to adapt to different environments and situations has enabled them to overcome adversities and make marvelous innovations since time immemorial. Similarly, translation services are also increasing efficiency and capability, courtesy of neural networks. The translation machines are now able to learn new information considerably fast.

Adaptive machine translation technology usually learns from the errors and the corrections it obtains. After that, it directly applies them to future translation activities. What’s more, such applications can now learn extra information about a given language as well as the user’s style of usage. This only makes the translations feel more human.

However, one area that still poses a challenge is the dynamism and complexity of human languages. The same word may have different meanings depending on the context in which it has been applied. What’s more, slang terms and connotations are highly dynamic, and new phrases emerge from time to time. As such, deep learning will have to be a lot more advanced to catch up.

Globally, machine translation market is projected to increase within the coming decade tremendously. Machine translation companies are also trying to cash-in on this frenzy. Some social media sites and online services have even begun to customize messages in users’ native languages. This tremendously lowers the costs of translation. Additionally, efficient translation services attract multitudes of users and lead to the crowdsourcing of skills and knowledge.

This is an article provided by our partners network. It does not reflect the views or opinions of our editorial team and management. 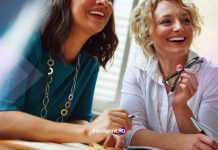 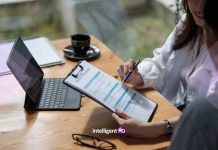 Everything to Know About Health Insurance for Maternity Cover

Are You ready for algorithmic regulation?

What Starting A New Job In A Pandemic Looks Like