Cypherium, the enterprise-focused blockchain platform facilitating interoperability between blockchains and Central Bank Digital Currencies (CBDCs), has had five cryptocurrency patents granted by the U.S. Patent and Trademark Office (USPTO). The patents promise to both solve the “blockchain trilemma” and foster compatibility between sovereign CBDCs.

The patents, initially filed by Cypherium on October 2, 2019, describe a method of overcoming several challenges when implementing a decentralized transaction-based system. These range from solving issues relating to how transaction data is organized and stored, how consensus is reached by the network nodes, and how network nodes in the system are authenticated.

In a world increasingly accustomed to efficient, real-time payments, the ability to instantly transact is a crucial facet for any emerging payments system — not least a digital one.  Existing decentralized payment networks often come with extended confirmation times for transactions. For illustration, the Bitcoin network takes approximately 10 minutes for a transaction to complete. In order for emerging digital currencies to compete with legacy systems, reducing these wait times is key. However, achieving this while maintaining the benefits of decentralization, remaining secure, and scaling the network can prove problematic, so problematic in fact it’s been dubbed the “Blockchain Trilemma.”

A term originally coined by Ethereum founder Vitalik Buterin the blockchain trilemma consists of a three-fold conundrum developers run into when designing blockchains — finding an equilibrium between scaling, decentralization, and security.

Cyperhium’s patent No. 20210099312 aims to do just that, instilling instantaneous transaction finality to a permissionless payments network without sacrificing security or scale.  Cyperhium achieves this via its proprietary consensus mechanism, CypherBFT — a hybrid Byzantine fault tolerance algorithm allowing both responsiveness and linearity.

The Most Ideal Intermediary For CBDC Interoperability

Sky Guo, CEO of Cypherium, said: “Our blockchain can process tens of thousands of transactions per second with instant transaction finality. This makes it the most ideal intermediary for CBDC interoperability. This can minimize exchange rate deviation and enable instant cross border transactions.”

The patents mark a notable milestone and serve a dual purpose of providing validity and disallowing copycat chains, a problem all too prevalent within the blockchain and crypto industries.

“Our proprietary consensus mechanism is the first-ever permissionless Byzantine fault tolerance algorithm in the industry to receive a patent,” said Guo.

“Obtaining the key patent is a major technological achievement and ensures that the company is in full ownership of its core technology. The additional patents will further broaden our intellectual property landscape against potential competitors.” 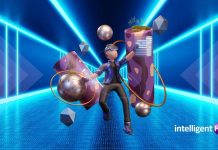 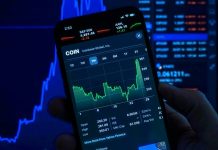 What Are The Main Benefits Of Using Crypto? Find Out Here

Cocktails, Ping Pong And The Evolution Of Corporate Culture

Why you should Improve Emotional Intelligence