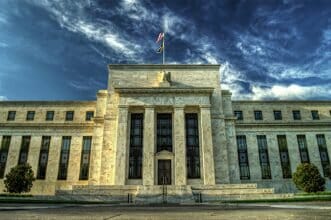 If there is an institution that can impact profoundly the economy of a country, it is that of Central Banks. Some of them, like the US Federal Reserve or the European Central Bank, have such an influence in the worldwide economy that they may prevent – or even start – a financial crisis. They are the last watchdog, reckoning whenever the economy is taking the wrong turn and trying to pull it back onto the right path.

Their mechanisms, though somehow limited and opaque for the wider public, are there to ensure private financial institutions comply with the national policy guidelines while their in-depth, exclusive research help governments to set out, precisely, the national economic policy. They are the only financial institutions allowed to control all the money reserves of a country and they need to deal with all sorts of external threats to keep the economy in track. Including, of course, lack of resources, capabilities and the overall instability of a globalized economy.

The problems central banks face are deep and complex, so most of them have embraced new technological advancements as a sort of balm for their challenges. That’s why, according to a report carried out by the  World Economic Forum in 2019, approximately 40 central banks worldwide have laid their eyes upon a new technology that may well help them to meet their responsibilities:  blockchain.

Blockchain is the latest buzzword in technology. It is an electronic distributed ledger – Distributed Ledger Technology (DLT) – that records all transactions made within it while it makes sure that all of them are genuine, safe and come from authorized partners. It can deal with massive amounts of data in a matter of seconds (nonetheless many describe it as a new-gen database) while its encryption capabilities are the top-notch of the known solutions in cybersecurity.

Moreover, blockchain can be programmed to allow “smart contracts” within the platform and even to “print” digital currencies as well. These two latter perks make the blockchain the perfect technology for financial institutions the size of central banks, to say the least.

Though blockchain is supposed to be decentralized and open to all participants, central banks and international institutions are more controlled platforms. For example, JP Morgan Chase launched a private version of the crypto network Ethereum, called Quorum, to support the fittingly-titled “JPM Coin.” And over the past year, technology powerhouse IBM has built an array of ‘decentralized’ ledgers for corporations with Stellar’s technology. These two examples come from the private spectrum, although a similar path has been taken by central banks worldwide.

This article reviews why financial institutions across the globe really want to, at least, experiment with the blockchain, especially in regions where submerged and uncontrolled economies are the commonplace.

Big Central Banks are also very interested in blockchain and cryptocurrencies. Blockchain has the potential to significantly disrupt the financial industry – which is something quite worrisome to the Central Banks if they are not involved and influencing the technology…If they can kill you, why not join them? Strategically, the potential threat of DLT to the existing financial industry must be turned into an opportunity by the central banks. Blockchain then, can provide the extra technological hand that most central banks worldwide need to function efficiently.

Experiments with blockchain solutions have been around since 2014, with some central banks from the West more interested in their capabilities and potential disruption of financial services. In that sense, some banks are more advanced in blockchain research than others. That is the case of banks such as Bank of Canada, the Bank of England, and the Monetary Authority of Singapore (MAS), who all have published some in-depth white papers exploring blockchain technology.

The Bank of England was one of the pioneers to explore blockchain as a future solution in a  research paper published in 2014 and then in a broader report undertaken by the Government’s Office for Science in 2016. The European Central Bank (ECB) and the Bank of Japan are exploring the capabilities of this DLT. They conducted a joint pilot, Project Stella, beginning in 2016, which focuses on whether the technology can improve domestic interbank payments and settlements and facilitates rapid interbank trading and settlement of securities for cash.

Other banks experimenting with blockchain solutions are: the Central Bank of Brazil, which is exploring DLT for an interbank payments contingency and resiliency system (Project SALT) as well as a decentralized information exchange platform (Project PIER); the German central bank (Deutsche Bundesbank), which is exploring DLT for multiple purposes including for improving efficiency and reducing risk in interbank securities settlement processes with the BLOCKBASTER prototype and other efforts.

Also working on the same line of research is the Saudi Arabian Monetary Authority. This latter is conducting a joint experiment plan called Project Aber with the United Arab Emirates to pilot DLT for interbank payments and settlements between Saudi Arabia and the UAE.

A success story can be found in the case of a pilot implemented by the Bank of France  which is functioning is the MADRE Project blockchain platform:

“The Bank of France, with project MADRE, has fully replaced its centralized process for the provisioning and sharing of SEPA Credit Identifiers (SCIs) with a decentralized, blockchain-based solution. According to a 2018 survey on the digital revolution in the French banking sector the project began as a proof-of-concept in June 2016 to learn more about DLT with a simple use case. The central bank identified an opportunity where DLT could be valuable to automate and digitize a manual and time-intensive process that requires coordination and information sharing with multiple banks,” noted the research.

Now, this alternative system decentralizes and automates the SCI management and sharing process with “smart contracts” or programmes within Ethereum and other blockchains that enable automatic transactions among participants using predetermined terms. Today, smart contracts are used to issue 100% of the SCIs in the system.

Thinking of a Rebrand? Planning is the Key

What Are The Penalties For Violating The HIPAA

What is CRM and How Will it Benefit Your Company?