It is generally accepted among financial experts that by giving people access to banking facilities and services, this can uplift the economic welfare of their lives. However despite the obvious benefits of financial inclusion and the technological advancements that we have achieved over the last hundred years, according to a 2014 World Economic Forum report, around 2 billion people in the world still do not have access to basic banking services. While concerted efforts are being made to bring basic financial services to these unbanked individuals, policymakers are faced with several hurdles to which they must first overcome for their goals of financial inclusion to successful.

The main hurdles for policymakers to achieve a higher rate of financial inclusion include:

1. The Need to Improve Financial Literacy

Based on studies on remittance services among migrants and surveys conducted by the World Bank Group in Morocco and Mozambique, it has been found that the lack of awareness among the study group prevented them from utilizing the right products and services that suited their particular needs. By improving the financial literacy rate among these individuals, this will lead to better financial decisions and the selection of the right products that best suits the needs of these individuals. It will also lead to knowing how to better utilize the various channels that are available for their banking needs. In other words, more effective and lower cost measures can be utilized to improve the uptake of new bank accounts which will ultimately result in increased savings.

One of the key factors which prevent the unbanked from getting access to basic banking services is the lack of formal identification documents. In most countries, a proper ID is required before an individual can open a bank account. IDs are also needed for claiming social benefits and the transfers of funds. Hence in order to improve access to banking services for the unbanked, authorities need to simplify and streamline the process for obtaining a formal ID card.

Why are people unbanked?

Although there has been a proliferation of financial services such as mobile money and virtual currencies designed to expand financial inclusion, there is a lack of trust among consumers as to the security and reliability of these newly established platforms. In order to promote confidence in these new methods of payment services, authorities must release clear guidelines and regulations that will ensure that the consumers are adequately protected and have access to key product information to allow them make informed decisions.

4. The Rural Poor and Gender Inequality

According the latest data from Findex, approximately 1.1 billion of the 2 billion unbanked individuals around the world are women. In developing countries, the rural poor and women in general face unique obstacles when trying to access financial services. Based on researche conducted by the World Bank, even though women form a larger share of the self employed category in developing countries, they have a lower chance of securing credit from banks. IFC research has shown that this is largely due to a lack of collateral or poor credit history which leads to more women being denied credit by the financial institutions.

Even if these women were able to secure formal credit from the banks, they often have to pay higher interest rates than the men. In order to expand financial inclusion among the rural poor and women, stakeholders must come up with ways which will remove the impediments that these two demographics face in trying to gain access to financial services. These efforts can include providing this target group with an ID which they can use to open a saving account to build up a credit history from an early age. Other measures can include more investment into financial awareness programs to help reinforce the ability of the women and the rural poor to make better-informed financial decisions.

Most initiatives by policymakers have been targeted to increase the uptake of new bank accounts among the unbanked. However, it should be remembered that opening an account is just the first step rather than the ultimate objective. It has been noted that of the 355 million adults in developing countries that reported having a bank account, still resort to remitting money by cash or over the counter. For a bank account to be relevant in these people lives, it must be useful and function as a gateway to other financial services which can improve their overall economic welfare.

Smartphone penetration and Financial Inclusion in the Developing World

To help accelerate the use of a bank account, the private sector and governments can play a key role by depositing their workers’ wages into the bank accounts rather than paying them in cash. A good example of this initiative is India’s Pradhan Mantri Jan-Dhan Yojana (PMJDY) program where social benefits and subsidies of the recipients are paid directly to their transaction accounts.

Another organization working with Financial Inclusion is The Bill Gates Foundation.

Kosta Peric, is the Deputy Director of the Gates Foundation’s Financial Services for the Poor team, which manages a number of diverse projects dedicated to bringing digital financial services to everyone around the world. In an interview to Ripple, Kosta Peric says that platforms are the tool that can help the unbanked. He says:

“It’s all really about platforms, creating platforms for serving people who are essentially poor. The reason for that—and we know this from many documented studies—is because they are dealing only with cash, which is not a good way for people to be able to save and put money aside.”

Peric is the leader of the project Level One, which is an initiative to create inclusive, interoperable digital economies in every country. The central theme is the creation of a national payments infrastructure that connects the existing financial system to a new digital payment platform, ultimately fostering the higher use of both systems and increasing the levels of financial inclusion (the “level” and “one” in the name reflect the level playing field brought by one infrastructure connecting all the providers).

In conclusion, any initiatives to expand financial inclusion must first seek to address the five main hurdles mentioned above. Perhaps the key starting point is the need to increase financial literacy among the unbanked. 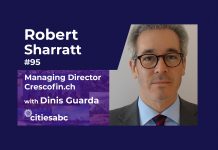 What Are Some Of The Best Bachelor’s Degrees To Do?

How to Deploy A Blockchain Project

Why Storytelling is Critical in a Digital Disruptive World

Entrepreneurs Beware: Don’t Be Caught Out by Rookie Financial Mistakes