Lots happened the past week in the social media, social business, big data and business intelligence world. Read below the most interesting happenings and developments that caught my particular attention. What news did you find the most interesting?

Coca-Cola’s social media efforts do not pay off

AdAge’s Jack Neff reports on a Coca-Cola study of its internal social media efforts that finds no lift in short-term sales as a result of online social media buzz.

This is a significant statement about social media branding overall, since Coca-Cola has more than 61 million Facebook followers, not to mention close to 700,000 Twitter followers. The findings illustrate the long journey companies still have to make until they figure out how to monetize social media channels — social media chatter is still an untamed frontier.

At most, social media buzz only impacted sales by a factor of 0.01%.

Coca-Cola recognized from the get-go that social media is not a direct sale channel, but their findings are a warning to companies that do think of it in these terms. As Seth Godin once so famously expressed it, attempting to pitch things over social media channels is like handing out business cards at a funeral — a real no-no.

Eric Schmidt, the executive chairman of Google, said he regrets coming to the social media revolution late during his ten years as the company’s CEO. Schmidt, who stepped down as CEO in 2011, said he was proud of Google’s achievements in the past decade.

While he admitted Google’s late arrival on the social media stage meant Facebook and others had a clear head-start, Google Plus was ready to compete. “The Google Plus link craft, the people you interact with, is an important future signal in our search ranking,” he said.

The “Big Four”—of Google, Facebook, Amazon and Apple —compete all the time, Schmidt said. Discussing Google’s future, Schmidt maintained his commitment to the importance of an open and accessible Internet, subtly referencing his recent trip to North Korea.

For Google, the future is bright due to two factors: Android and Google Glass — glasses that project information onto an eye lens, Schmidt said.

Big Data software developer Concurrent said on Wednesday that it has raised $4 million in Series A funding and named Gary Nakumura as its CEO.

The San Francisco company said that the round was led by Palo Alto-based True Ventures and Menlo Park-based Rembrandt Venture Partners. Nakamura was previously a senior vice president at San Francisco-based Terracotta, which was sold to Software AG.

Academic, corporate and development leaders gathered Thursday night in Oakland to kick off Pittsburgh Dataworks, the city’s first step to promote itself as a hub for advancing “big data” as a business tool and career specialty.

Big data, which has emerged as a business buzz phrase, could revolutionize fields from medicine to retail to intelligence through online messages, experts say.  Traditional tools for sorting and working with data can’t keep up, so companies such as NetApp, a maker of giant data storage systems with a center in Cranberry, are creating more powerful ones, he said.

Carnegie Mellon, seeing a “substantial need from companies that come recruiting” at its business, computer science and statistics program in its humanities college, is expanding its coursework around big data, Monroe said.

Business intelligence software provider Tableau Software has updated its namesake software with additional tools for connecting to the sources of data in the cloud.

To address increasing cloud use among its customers, Tableau developed connectors that would allow its users to work with data from Google Analytics, Salesforce.com and Google BigQuery. With both Google Analytics and Salesforce.com, users can import data and have Tableau periodically update the data set with changes.

“Two of the most exciting features for us at Cardinal Path are the ability to connect to Google Analytics and [SalesForce.com] data directly through the Tableau interface,” wrote Stéphane Hamel, director of strategic services for data consulting firm Cardinal Path, in a written review of the Tableau 8 beta.

Microsoft is hoping to shove aside rivals such as Salesforce.com and Oracle in the CRM (customer relationship management) software market by linking its own Dynamics CRM application with new capabilities for marketing automation and social media analysis.

Microsoft’s recently acquired MarketingPilot marketing automation software has been given a “simplified user experience” as well as a connector to Dynamics CRM, the company announced Tuesday during the Convergence conference in New Orleans. Marketing automation applications, particularly ones that allow customers to run campaigns across multiple channels, are becoming increasingly important to CRM vendors.

The technology will go up against Salesforce.com’s Radian6 software as well as Oracle’s Collective Intellect and Involver applications, all of which were also the result of acquisitions.

The state expects to the IBM project to help it meet application demands that underpin the services it provides to the citizens of Ohio. It also will also lay the groundwork for future opportunities including the Ohio’s drive toward private, secure cloud computing.

“We are working with IBM to significantly reduce the complexity of our infrastructure, improve data center operations and increase service delivery for state agencies and the constituents they serve,” said Stu Davis, Ohio’s chief information officer.

Amazon has snagged a massively high-profile client, according to Federal Computer Week: the US Central Intelligence Agency. Neither Amazon nor the CIA immediately responded to requests for comment.

During recent speaking engagements, though, CIA Chief Information Officer Jeanne Tisinger told the Northern Virginia Technology Council board of directors that the agency is “leveraging the commercial sector’s innovation cycle, looking for cost efficiencies in commodity IT, and using software-as-a-service for common solutions,” FCW said.

Gianluigi Cuccureddu is co-founder of Damarque, helping you to improve your commercial performance through better engagement with your employees, customers and strategic business partners.
We offer high-impact training, coaching and consulting services for professionals, teams and organizations to help improve people ánd organizational performance and innovation capability in an efficient and sustainable way. 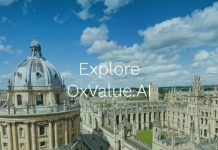 A Groundbreaking Tech Valuation Tool: Oxvalue.Ai Harnesses The Power Of Data To Determine The Worth Of A Technology With Unparalleled Precision

6 Legal Priorities When Founding A Startup 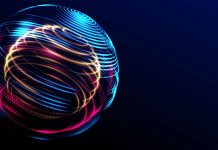 The Importance Of Communicating Social Impact

#Social business is shifting out of first gear