The film industry is one where technological advancements have drastically changed over the years. With ‌the internet and, more recently, blockchain technology, we are close to seeing major changes in how films are made and distributed, as revealed by Ideal Insight.

The WEB3.0 is one of the next major internet evolutions, one that will decentralise the web and put power back into the hands of users. This shift will have a profound impact on the film industry and how film studios operate.

Web3.0 is the next generation of the internet, decentralised and user-controlled. It is based on blockchain technology, which allows for a more secure and transparent way of handling data.

The WEB3.0 is still in its early stages, but it is already affecting the film industry.

How Is The WEB3.0 Affecting The Film Industry?

The WEB3.0 system is a new distribution model for films. It allows for a more direct connection between filmmakers and audiences with no intermediaries, such as distributors or exhibitors. This new system has the potential to revolutionise the film industry by making it more accessible and democratic.

With ‌streaming services such as Netflix and Amazon Prime, films can now be accessed by anyone with an internet connection. This has resulted in a radical expansion of the film market, as well as a new way of producing and distributing films.

WEB3.0 is also changing how films are financed. In the past, films were usually financed by a few investors, who then controlled the film. However, with WEB3.0, it is now possible to finance films through crowdfunding and cryptocurrency. This new financing model allows for a wider range of people to invest in films and gives them a more direct say in what is made.

Cryptocurrency and blockchain offer a unique chance for financial empowerment for the film industry, and we’re just scratching the surface of what’s possible.

For instance, “The Dead of Winter”, a post-apocalyptic thriller, became the first film to be financed through an ICO (Initial Coin Offering). The film raised $2,413,427 worldwide, which will ‌finance the production of the film.

Film festivals are another area where WEB3.0 is having an impact. In the past, film festivals were only accessible to those who could afford to travel to them. However, with WEB3.0, films can now be screened online, making them more accessible to a wider audience.

This is already changing the landscape of film festivals. For instance, the Sundance Film Festival has announced that it will launch an online version of its festival, which will be open to everyone. This is a major shift and one that is likely to be replicated by other festivals in the future.

With ‌WEB3.0, we are seeing a new influx of genres in the film industry. No longer are we limited to the traditional forms of cinema, but we can now explore interactive experiences and narratives that were once impossible.

This new era of film is ‌exciting for independent filmmakers who now can create and distribute their work without having to go through the traditional Hollywood system.

For example, we are now seeing more experimental films that make use of Web-based technologies such as virtual reality and augmented reality. These new genres of films are giving audiences a more engaging and unique experience.

We are also seeing a rise in social media influencers who are using their platforms to produce and promote their own films. As we enter this new age of filmmaking, ‌the sky is the limit in terms of what we can create.

The WEB3.0 is still in its early stages, but it is already having a major impact on the film industry. We can expect to see more films being financed through cryptocurrency and blockchain, as well as a rise in new and innovative genres of film 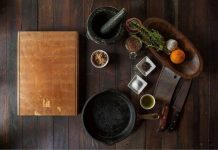 How technology is improving living standards 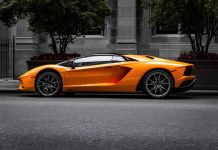 Luxury Products You Can Buy with Crypto 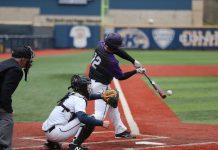 Steps to Help You to Get Work as a Tutor

Is Twitter’s hype bubble about to burst?

Designer Décor – The 6 Essential Features Of A Modern Kitchen