What are the top blockchain predictions for 2020 ? Outlier Ventures, a venture platform that supports the development and growth of new technologies just released a report outlining how this recent technoiogy will develop in 2020 and upcoming year. They found out that its main areas are:

Over 11 years since the creation of Bitcoin, 2020 will be the year we follow the S-Curve of technology diffusion out of the period of Installation and into Deployment, where we see ‘synergy’ and ‘consolidation’ of the technology begin to take effect. Blockchain will finally grow up, with institutional money trickling into the market based on fundamentals – real traction and usage.

2020 also marks the start of more mature and usable networks creating decentralised applications, building an increasingly competitive landscape for projects to battle it out in order to become mainstream.  This is the beginning of the cycle, where tomorrow’s next internet unicorns are born, built on demand and mass usage. For mass adoption to happen, distribution over any necessarily fundamental innovation, will become key, and can only be built, bought or borrowed using an open stack of collaborative technologies.

Gaming will be the break-out application area in 2020.

By the end of 2020 many of the pieces needed for a break-out mainstream game will be there: high-performance platforms; easier to use on and off-ramps for digital assets; and better digital asset storage and distribution tools for gamers. So, all that is left is the distribution and reaching gamers. This will be accelerated by the ability for gamers to earn credits that can be used in and possibly across games by renting out their GPU and CPU hardware to run computational and rendering tasks.

Measure: Valve and/or Epic will launch a blockchain-based gaming service

2. At home, you will be using Telegram

Telegram reaches about 200 million users a month all of whom have opted into a messenger specifically differentiated on privacy and security, and many whom have been early adopters of crypto projects.

With Klatyn (KakaoTalk) and Link Network (LINE) live, TON (Telegram), Mobilecoin (Signal) and Libra sans stablecoin (Facebook) expected, 2020 should begin to see real usage of blockchain-based platforms. Even if TON has to return funds to US investors as part of a settlement with the SEC, TON and the apps that run on top of the network will find a ready-made audience in a way that Klatyn, LINE and Facebook won’t.

Measure: By the end of 2020, Telegram will have the most monthly-active users of any blockchain network.

3. At work, you will be using Corda

Corda will emerge as the market leader in the enterprise blockchain market.

While consolidating the lead in the financial services market, R3 will continue making inroads into other verticals like energy and telecommunications. Enterprise-friendly services such as training, customer services, and certification programmes will differentiate the platform driving more usage which in turn will drive developers to build for the platform. In 2020, it may not be as sexy as building DeFi apps on Ethereum, but real customers and real money will be made with Corda apps.

Measure: Corda will overtake Hyperledger, Ethereum, and Quorum by market share and become the market leader in enterprise blockchain.

4. China goes all in on digital currency

The Bank of International Settlements (BIS) survey of 63 central banks in 2018 shows the majority were researching or starting proof-of-concept work on digital currencies, although most of them were not ready yet to actually launch.

Christine Lagarde, the European Central Bank President, said a Central Bank Digital Currency “could satisfy public policy goals, such as financial inclusion, and security and consumer protection; and to provide what the private sector cannot: privacy in payments”. These CBDCs will be wholesale CBDCs rather than retail. It’s likely central banks will focus on the wholesale market leaving the retail market for regulated institutions. In 2020, we expect this to be how the Chinese Digital Currency Electronic Payment (DCEP) launches with licenses given to select exchanges and dominant platforms as distribution platforms to hundreds of millions of users like Alibaba, Baidu and Tencent.

Measure: More than 500 million Chinese citizens to be using a service connected to the DCEP network by the end of 2020.

2020 will see Europe begin to steal a march on the US as The West’s hub for blockchain projects, in particular tokenised networks, to both finance and base themselves.

However, it is to be seen to what extent with Brexit, London continues to be part of that narrative, it was previously the second most popular city globally for early-stage blockchain financing. This is all largely driven by the EUs determination to break away from the last few decades of US dominance over the internet – what it sees as Silicon Valley’s anti-social and extractive web monopolies, initially based on concerns around data but now with Libra the very stability of its financial system.

6. The Great East/West divergence plays out in blockchains

The more time we at Outlier Ventures have spent in Asia this year, in particular China, the more we have come to believe there will be a divergence between the East and West in blockchain, and more specifically digital assets. Of course, this is nothing new; there have always been in effect two versions of The Web but the acceleration of adoption driven by the Chinese central and provincial governments is staggering.

Perhaps we will see a longer period of Web 2.5 in Asia or an entirely different form of Web 3.0, but the outcome will lead to a battle for not just technological, but potential financial dominance.

Measure: 3 Chinese exchanges are given official permission under license to operate domestically under restrictions

7.The token market will be cleaned up

The big story throughout 2020 will be ‘The Reckoning’. Despite the longish bear market, aggregate total market capitalisation of all cryptoassets being down 88% from an all time high in January 2018 for the vast majority of projects, are still not reflective of network activity or development progress.

As exchanges are forced to increasingly professionalise, ‘zombie tokens’ will be more aggressively delisted and investors will gradually flock to quality. The idea of projects worth $100 million without product-market fit will go away. Valuations can no longer be sustained by just a vision and an idea. 2020 will all be about traction and usage. And not just press release partnerships, beta releases, and funding rounds. We are talking about Brave Browser level 10 million monthly active users traction, something we are a proud early investor in.

Measure: More than 5 new indices will launch in 2020 onboarding >$5 billion

8. Bitcoin will get applications

We think in 2020 the narrative around Bitcoin will move away from simply ‘store-of-value’ to an open financial “platform”, with the most secure and trusted settlement layer in the market.

The halvening will capture much of the attention of the industry and media, and price action will dominate mind share. But the growth of LApps (Lightning Apps) and more broadly data anchoring will be a stronger fundamental signal of the development of a fee market and the long-term viability of Bitcoin.

9. Ethereum won’t get more apps, but decentralized finance will continue to be hot

We expect layer 2 adoption opening up use cases beyond crowdfunding and DeFi. Expect to see games currently using EOS and Tron to migrate over to Ethereum to take advantage of the DeFi lego available. With the development of MAST/Taproot on the Bitcoin network as well as the influx of new smart contracting platforms reaching mainnet in 2020, we are likely to continue to see a stable pool of developers spread over ever more platforms. Leading to fewer new dapps being built on Ethereum, but with a select few DeFi apps like Maker and Compound driving an increase in monthly active users and value locked up in contracts. The prediction that is hard to make is whether a break-out application using DeFi lego building blocks entrenches Ethereum as the base layer or if interoperability projects like GEO Protocol and others reduce the importance and value of the base layer over time.

Measure: Total value locked up in Ethereum DeFi will surpass 1 billion dollars in 2020

10. You come at the King, and new blockchains will miss

The glut of new smart contracting platforms will come to market in 2020 and begin heavily focusing on developer and customer acquisition. In time, general developers will become more familiar with blockchain-based platforms, currently estimated to be less than just 1% of the global developer population, but in 2020, we will still see more supply than demand.

In the context of prediction 1.0, when crypto assets are largely thought of as digital commodities, this glaring disparity will impact price. From a problem-to-be-solved lens, the vast majority of developers want to be able to use stable, secure, fast, and easy-to-use software. Polkadot, Fetch.ai, Dfinity, Hashgraph, Near Protocol, Spacemesh, Solana, Telegram Open Network, Thunder Token, nCent, and all the platforms already now in the market like Cardano, Tezos, Holochain, Algorand, Blockstack, et al, are all differentiated in some way, but the biggest question is: how do they cut through with developers who will need to build “killer” apps and attract consumers?

Different developer acquisition strategies will be deployed: protocol accelerators, ecosystem funds and Devcons, and whilst some will grow the total number of developers and their share of the market, most will struggle for critical mass head to head against Ethereum and Bitcoin in 2020.

Measure: No new smart contract platform has more than 400 total applications by EOY

Between 50% and 75% of publicly listed tokens will be delisted and/or cease trading. So from 2345 tokens actively traded today to >1000 tokens by the end of 2020. This could move closer to <500 if Binance decides to go on a delisting exercise to protect users and get ready for regulation and staking ends up in a race to the bottom.

New tokens coming to market will be few and far between and will all be more mature. By the end of 2020, public offerings and listings will no longer be for seed businesses, they will be not quite as advanced as a traditional IPO, but will at least have a product in the market with product-market fit. Token distribution events will be used, as originally intended prior to ERC20, to incentivise the usage of a live network, but for the development of the network.

Measure: More than 50% of today’s publicly listed tokens will be delisted.

12. Investors don’t want to be customers, they want returns…

Since the collapse of the ICO market and the lacklustre returns from IEOs, projects have been exploring alternative token distribution strategies that seek to raise capital and align the interests of network participants.

Ideal distribution method would solve for speculative intent, regulatory implications, network deanonymization, market irrationality, and stakeholder alignment. All sorts of exotic strategies have been proposed or tested like the lock-drop, warlock, liquid airdrops and others. In 2020, it will become clear the market of investors who can also become active network participants is too small to raise enough capital to build a global network. We will move back to startups selling equity to investors to raise money and using tokens as a reward for users.

Measure: Equity in The West becomes the dominant fundraising instrument before network launch at 90% of money raised. 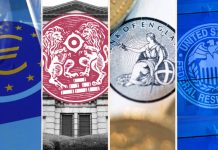 How Government, Central Banks, Regulators Can Deal With Digital Assets, Crypto And Tokenisation 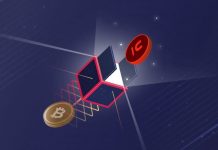 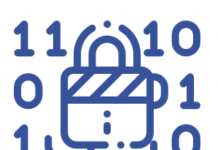 Let’s Stop Sacralizing the Tokenization of Assets on the Blockchain!

3 Things You Should Know About Ransomware