Wired has a facinating article, entitled “A School in the Cloud and the Future of Learning”. It focuses on Sugata Mitra and his approach to online education in india. The article offers a snapshot of things to come in the educational front. Sugata Mitra is Professor of Educational Technology at the School of Education, Communication and Language Sciences at Newcastle University, England. He is best known for his “Hole in the Wall” experiment, and widely cited in works on literacy and education. The Hole in the Wall experiment left a mark on popular culture. Indian diplomat Vikas Swarup read about Mitra’s experiment and was inspired to write his debut novel Q & A, which later became the movie Slumdog Millionaire. He is Chief Scientist, Emeritus, at NIIT. He is also the winner of the TED Prize 2013.

According to the article “What Mitra proposes is the dismantling of an educational machine created by the British over centuries of Empire building. “The British system is a humongous computing machine – a human computer,” Mitra says. “The purpose was to form a clerk-making machine to support this massive bureaucracy. But it is out of date.

They’ll offer English language learning initially, he says. “I’ll present it as a safe cyber café for children where they can learn good English,” Mitra says. “For now I cannot afford to say that this is a replacement for school.” But just give him time. “If it works, then we have an alternative that I can tell you with confidence will level the playing field,” Mitra says. “And leveling the playing is what’s missing in this world.”

By Giving the 2013 prize to educational innovator and university professor Sugata Mitra , TED takes a step that is as bold and as disruptive as Mitra himself, and as visionary as his  righteous wish to “design the future of learning.”

To that end, the winning prize money will help fulfill Mitra’s wish to build and deploy a school-in-the-cloud, a self styled, self-organized learning environment , to be based in his native India, and to be structured and managed by cloud computing, and overseen by a global village of teachers and facilitators. The school-in-the-cloud will be a model environment and hub of research on how such student-driven, technology-based, self-directed learning may work, and  it will have a profound impact on how we will re-engineer and drive schooling in the years to come.

What Mitra is planning is both needed in our world and is a departure from anything that has ever been done before in education reform on a large scale. Moreover, if his TED Wish is not anti-establishment, it is certainly outside the typical range of Educational-Tech innovation.  I think his intent is not to attack public education as much to mix-it up—a lot of this reminds me of the alternative schools in the U.S. that have had success with  similar models. My Verdict, Extraordinary Man, Profound Words. Definitely review the video!.

Time100 List Of Most Influential Companies In The World 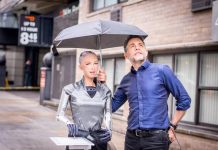 How to Cope With the Government’s Pension Cuts

Making Websites More Accessible And Easy To Use

The Intelligent Guide to Investing in Your Future