One of the major slogans sold by The Five Tech Giants in Silicon Valley all over these years is how they have changed the world we live in. Therefore, we, the humanity, should be thankful to those guys that came from the middle-classes and broke through the entrepreneurial web until reaching the very top of the pyramid.

Away of algorithms and making-money strategies through the powerful and globally open internet, Silicon Valley’s main companies have turned out to follow old-capitalist-style culture where inequality and disparity have risen over the years without control.

It is about people, not algorithms

Without going any further, The New York expert Anna Wiener reported the conditions faced by applicants trying to get a position at Facebook. As it can be expected at this point, the outcome for most of them weren’t the equally-best.

“Black and Latino workers fill only about five per cent of technical roles—meaning roles that require programming chops, whether that means writing software, designing interfaces, or analyzing datasets––in the tech industry, though they make up about eighteen per cent of computer-science graduates each year,” she wrote.

She even highlights insider experiences crying out loud to report inequality practises in Silicon Valley. That is the case of Kaya Thomas, a black, female engineer who has interned for Intuit and Apple.

According to Thomas’s experience, Silicon Valley is losing black and Latino employees either because of prejudice, or because technical recruiters aren’t looking in the right places. “A lot of students from under-represented backgrounds, who will get their degrees in computer science and want to work in the tech industry, are not working in Silicon Valley,” she said. “They’re engineers in finance or at Walmart, or Target, or Coca-Cola. They’re not in the software industry. It’s because the network is so small and homogeneous that if you don’t have access to it, you can’t get in the door.”

At this point, the New York reporter wonders about “technical positions might seem to be exactly the kind of jobs that it would be easy to fill from a diverse pool of applicants. The skills involved, such as logical and quantitative reasoning, are found in other fields, from finance to medicine to electrical engineering. Free online courses and developer boot camps abound. Yet, these are the positions with the fewest women and people of color.”

The “changing the world” spin

Again, the incapacity of tackling disparity and inequality only showcases that Silicion Valley’s new world is just a modern-times version of what has always been. The disappointment has been doubled up, as they promised us to “change the world,” not only in the meanings we communicate to each other but the very basic pillars of our society.

She, as part of the startup ecosystem — both companies and investors — has overemphasized the need for CEOs to sell us a vision to the point of dishonesty.

Following that idea, she agrees that not every company has to claim to solve problems that change the world. As is clear from recent examples in the media, vision at the expense of truth can have huge repercussions for both consumers and investors alike. Not only this, but the lack of humility and the sprinkle of spin distracts us -humans- from what’s really important. Humanity’s grandest challenges.

“If we continue to pitch our perk-based products and services as “game-changing solutions to global problems”, we will only demonstrate to the rest of the world how out of touch we are. We will show everyone else outside of The Valley, and outside of innovation hubs more broadly, that we have forgotten how big the world really is. And we will betray those working on projects that truly are ‘game-changing’, providing ‘solutions’ to very real and very troubling problems. Not all of us are that far-removed from the bell curve of reality,” she claims.

A lost opportunity in San Francisco

Once the first companies set up in the Bay Area, all the hopes to an actual change of a better world faded away, leaving a trail of a lost opportunity and a bitter taste that will last for the years to come. Even if now they are trying to react, launching new recruitment systems and disparity-tackling policies, it feels a bit too late.

It is true, though, that they renewed the entrepreneurship concept, leading the way to the commonly known now start-up system, they forgot somewhere in the middle what were their roots and what kind of companies they wanted to become. Sadly for all spectating eyes, it turns out that they just wanted to create an elite group of giant-techs where the white intelligent men could thrive and all the rest were merely stepped aside. There is nothing new under the sun. 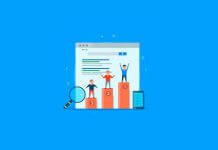 How To Do Keyword Research For PR: A Beginner’s Guide 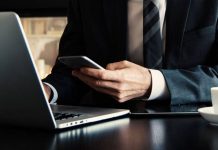 N’Gunu Tiny On The Fintechs Offering Free Tech To Banks During...

The Evolution of Online Meal Ordering