Many economists and authors have speculated either scientifically or creatively about the future and about the benefits that robots may bring. Among some there was a romanticised idea that robots would allow us to sit back all day with our feet up reading classics and having intellectual debates, while others, as cinematised in I-Robot predicted chaos as robots would get ideas above their station and try to gain the upper hand over people. In a recent analysis for The Atlantic, Greg Ferenstein (2015) suggests that the former prophesy was “half right”. As Ferenstein puts it:

“Many prime age workers enjoy unprecedented levels of leisure, but – they would apparently rather doze off into a midday nap watching the Desperate Housewives of New Jersey than debate the merits of Plato’s Republic.”

Now that’s not how the economists and so on thought we would be spending our time. Instead of using it fruitfully and productively it has been shown that we lay around sleeping and watching television. We could be educating ourselves, working on self-improvement or taking care of others, but instead we veg out. At the same time the working week is definitely changing for some, and getting smaller. Robots and more specifically, automation have been replacing manual roles. There is less mundane work needed or available. This has in turn led to a reduction in the size of the workforce, and people that are not even looking for work. They’re not considered unemployed because they do not want work.

It is with this background that Pew carried out research in 2014 into artificial intelligence, robotics and the future of jobs. The study had interesting findings. A large majority of the respondents believed that robotics and artificial intelligence will be a considerable part of daily life in just ten years from now, and that there will be significant impacts on transportation, customer service, logistics, health care and home maintenance. The survey was administered to almost 2,000 experts.

A number of reasons to be hopeful were identified. One was that advances in technology have previously been beneficial in creating jobs, despite the fact that they displace some types of work. It is anticipated that new types of jobs will arise, and human capabilities that robots cannot yet mirror will be important areas for work. It is believed by many that technology will allow us to be more freed up from the day to day monotonies that we face and that we can create more positive relationships with work. Another theme was that society has control over what we decide to do. All of these were reasons to be positive.

However, reasons to be concerned were also identified. One issue was that automation to date has more heavily impacted blue collar workers, but the future concern is that white collar workers will also be affected. Additionally some high skilled workers will benefit in the brave new world, but unfortunately a great many more may end up being displaced into low paying service industry jobs, or worse, into permanent unemployment. The other major challenge that is not currently being addressed by society is the fact that the educational system is not preparing people for the types of work that will exist in the future, and additionally:

“Our political and economic institutions are poorly equipped to handle these choices.”

However, not everyone agrees. Some of those interviewed believe that the social, legal and regulatory structures that are in place will indeed be able to minimise the impact on employment levels. They do not deny that there is a lot that needs to be resolved, but they argue that in the end, if people do not have jobs, then there will not be anyone to buy the products that are produced through automation. Therefore there is a strong societal impetus to make sure that people are employed so that the economy is protected. Others also argue that for countries to be competitive with one another there will be a need to have employment driven demand. All of this is highly based on common sense.

In the end, as shown by a survey of many experts, no one really knows what will happen as a result of artificial intelligence and robotics. We can hope that our governments take measures that benefit everyone, so that this does not result in the rich getting richer and the poor getting poorer. After all, as we have seen, it is in their interests to do so.

University Of Oxford’s TMCD And openbusinesscouncil To Co-Organize The International Investment And Innovation Forum On June, 25 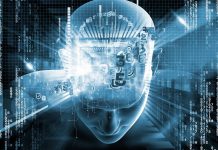 AI and IoT Continue to Increase Interoperability Demands in 2021 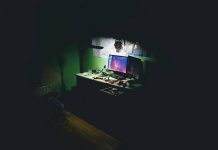 The Hidden Benefits of Online Learning

How is the Car Buying Process Changing?