When it comes to the concept of money, do you equate it with competence and self-worth? Money resides in the form of profit for the business world and is definitely a driver for the many strategies and tactics that they employ.

How many of you would actually admit to being seduced by money? New research from Jeffrey Pfeffer, a professor at Stanford’s Graduate School of Business, may shed some light on why money can be addictive and how that addiction may be contributing to increasingly high CEO compensation packages. I suppose many CEOs will argue, that it is more about the challenge than compensation, but society generally accepts that Chief executives will get wealthy regardless of company performance.

The paper “When Does Money Make Money More Important?” shows that money earned through labor is more important to people than money that comes from other sources. And the more money paid for each hour of work, the more important that money becomes. Inspiration for the study came from a quote from Daniel Vasella, the former CEO of Swiss pharmaceutical giant Novartis AG.

In a 2002 interview with Fortune magazine, Vasella said: “The strange part is, the more I made, the more I got preoccupied with money. When suddenly I didn’t have to think about money as much, I found myself starting to think increasingly about it.”

Many people today can connect the dots with wealth leading to power and ‘power-tripping’. I am reminded of the 2012 dailymail article, that claimed scientists found power has exactly the same effect on the brain as cocaine:

“The feeling of power has been found to have a similar effect on the brain to cocaine by increasing the levels of testosterone and its by-product 3-androstanediol in both men and women. This in turn leads to raised levels of dopamine, the brain’s reward system called the nucleus accumbens, which can be very addictive.”

The paper comprised of three studies and Pfeffer said the three studies make one point: Money that comes from the work we do makes that money more important to us. “The money in that case is a signal of competence and worth, and that makes it addictive, because the more you have, the more you want,” he says. Understanding that might help explain why increasing numbers of top executives are receiving outsize compensation packages. “No one wants to be paid below the median because everybody thinks they are above average,” says Pfeffer. “There’s a compensation rat race going on, but the centerpiece of the story is that the more money people get, the more salient that money becomes.

Because companies generally reward good employee performance with money, that money “becomes equivalent to the love of the organization,” says Pfeffer, and it will never be enough because it is so strongly connected to people’s feelings of self-esteem and self worth. He suggests, firms should try to find other ways to signal competence and worthiness to their employees,”  such as helping them find purpose or meaning in the work itself, rather than the compensation. This is the right way, but may find limited success until society’s attitude on the whole changes.

To put all of this into context, I recommend you read the cautionary tale of Sam Polk and his addiction to money on Wall Street. 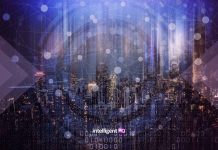 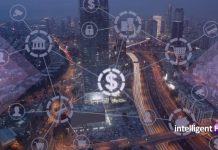 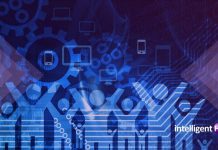 Tech For Good: 5 Ways Technology Is Changing Our Lives For Better

Security Best Practices for Your Company

How Modern Markets Make It Easier For People To Get Into...

5 Travel Technology Trends to Watch in 2020

5 Jobs In The Beauty Industry That Could Open Up a...