• The SWIFT banking system is used by more than 11,000 financial institutions and companies across over 200 countries worldwide. This payment network allows individuals and businesses to take electronic or card payments from a sender who might be a customer of a different bank.  Here we discuss the SWIFT system and why it is important to the overall economy of the nations.

• The US, UK, Canada, France, Germany, Italy, and the European Commission announced that they would remove “selected Russian banks” from the SWIFT messaging system, as a consequence of its invasion of Ukraine.

The Society for Worldwide Interbank Financial Telecommunication (or SWIFT) is an international system of payments that facilitates a rapid and smooth flow of funds across borders. It was created in Belgium in 1973, and currently links 11,000 banks and financial institutions in more than 200 countries.

The SWIFT network was initially designed to facilitate the communication between treasury and correspondent transactions only. However, the robust nature of the message format (and its design) facilitated huge scalability. This expanded the span of its services gradually to avenues like banks, brokerage institutes and trading houses, securities dealers, asset management companies, clearinghouses, depositories, exchanges, corporate business houses, treasury market participants and service providers, foreign exchange and money brokers, etc.

After the recent invasion of Ukraine by Russia, SWIFT allies agreed to exclude various Russian banks from the system that aims to affect the country’s banking system. According to them, “this ensures that these banks are disconnected from the international financial system and harm their ability to operate globally”.

How would removing a country from SWIFT impact its economy?

Broadly speaking, SWIFT is a messaging network. Financial institutions use it to securely transmit information (and instructions). The network uses a standardised code system for this.

SWIFT assigns a unique code to each financial organisation. This code is also known as bank identifier code (BIC), SWIFT code, SWIFT Id, or ISO 9362 code. It consists of either eight or eleven characters.

For example, the 8-character SWIFT code for UniCredit Banca (Italian Bank headquartered in Milan) is UNCRITMM.

The last three characters for an 11-character code are optional. Organisations use it to assign codes to individual branches. 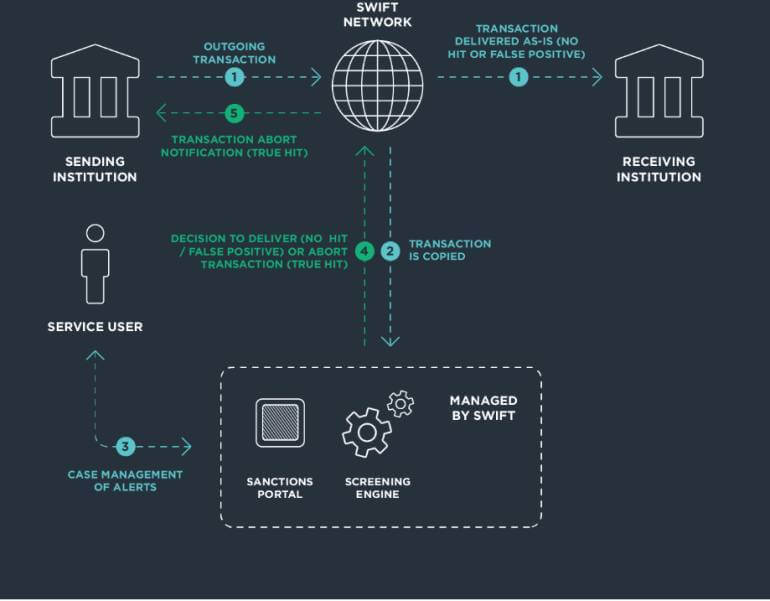 Accomplishing a transaction with SWIFT

Imagine a customer of Bank of America is a client of its New York branch. Suppose he wants to transfer some amount of funds to a friend whose account is in UniCredit Banca (Milan branch). He would need his friend’s account number and UniCredit Banca’s unique SWIFT code.

BoA sends payment transfer SWIFT messages to UniCredit Banca over the secure SWIFT network. On receiving this message, UniCredit Banca will clear and credit the funds to the friend’s account.

That’s it, simple and fast-track payment. SWIFT is simply a messaging network, and holds no funds or securities, or manages client accounts.

On a global level, the SWIFT financial system connects a nation to many others, smoothening the entire financial transaction process. This includes improving opportunities to earn profits from exports and making payments while building bureaucratic relations with exclusive imports.

In 2020, Russia itself accounted for 1.5 per cent of transactions. For the U.S. and its European allies, cutting Russia out of the SWIFT financial system would clearly mean quashing Russia’s economy immediately and in the long term.

The move could cut Russia off from most international financial transactions, including the profits from oil and gas production, which accounts for more than 40% of the country’s revenue.

When Iran lost its SWIFT access in 2012 as part of sanctions over its nuclear program, Alexandra Vacroux, Executive Director of The Center for Russian and Eurasian Studies at Harvard University, said, “they lost half of their oil export revenues and 30% of their foreign trade”.

The dominance of the SWIFT system of transactions

Even when there are other message services like Ripple and Fedwire that aid in the global processing of transactional messages, SWIFT retains its dominance in the market. Its constant willingness to innovate, like offering some reporting utilities and data for business intelligence, and consistently adding new message codes to transmit financial transactions are some of the reasons that attribute to its success.

How to Start Your Own Freelance Writing Business

How To Calculate The Food Cost For A Recipe