There comes a point in your life when you need to decide what you want to do – what you want to be.  Some people have known since they were kids, others change their mind hundreds of times.  The same goes for companies, especially the successful ones.  Facebook is growing up, and the company is now almost 10 years old.  It’s time to make some decisions. 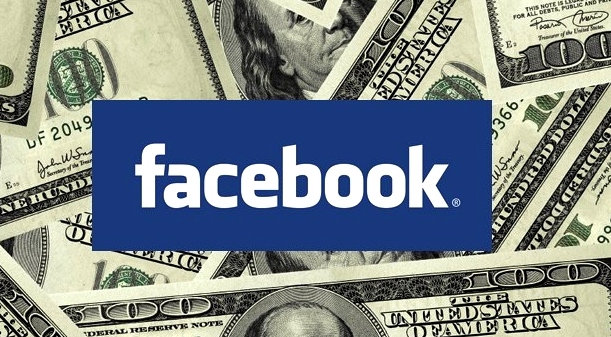 Facebook is still growing, boasting an addition of almost 200 million years between 2011 and 2012.  With this massive growth comes a massive bank account, which opens up options that most companies never get to consider.  One of these options is starting a venture capital fund.

Google decided to go this route back in 2009 when they launched Google Ventures, a venture capital arm of Google that invests in startups in the industries of consumer internet, software, hardware, clean-tech, bio-tech and health care.  Now, Google has a goal to invest about $100 million every year in both seed-stage and late-stage startups.  Since the creation of Google Ventures, the company has invested in hundreds of different startups and has proved the addition to be a valuable asset to the company as a whole.

Facebook has potential to start it’s own VC fund, just as Google did, and this fund will provide the company with several different opportunities that will benefit the corporation internally and externally.

A VC Fund is “an investment fund that manages money from investors seeking private equity stakes in startup and small and medium-sized enterprises with strong growth potential”.  When a company or organization starts a VC fund, the goal is that the fund will create enough high-risk/high-return opportunities so the threat of losing money is minimal.  This, of course, depends on who you EIRs are and how good they are at evaluating the potential of startups seeking investments.

This theoretical Facebook VC Fund (FBVC) could be the antidote to higher employee retention for the company.  Over the past year, Facebook lost several employees who brought a ton of value to the corporation:  A few big names being product manager Just Shaffer and engineering and product lead Greg Badros.  Also, executive Chamath Palihapitiya has been recruiting talent from Facebook to serve as EIRs for his own VC firm.  Rumor is that Shaffer is starting his own VC fund and Badros left to focus on personal investments.

Along these same lines, many Facebook alums and current employees are active in seed investing.  Hundreds of these employees have invested in seed startups on AngelList, the online startup website that lets companies promote themselves with hopes to gain funding.

It seems that Facebook talent is looking for new areas to explore, and venture capital provides them with investment opportunities they don’t get at Facebook.  If the company were to ad a corporate VC arm, this talent would have access to venture as investors while staying within the company parameters.  Facebook could also make certain employees LPs of a fund alongside the company, as opposed to Google Ventures, where Google serves as the firm’s sole LP.

Leena Rao and Josh Constine from TechCrunch say that a lot of Facebook’s top employees have been working for the company since college or right after graduation.  Some of these employees feel that they’ve achieved enough and are beginning to explore different areas of their careers.  It has nothing to do with disliking the company and everything to do with finding a new outlet that will provide them with fresh challenges.  The extension of a VC arm would fill these employees needs, and most likely increase the employee retention rate.

FBVC could also provide a place for employees to settle in to a new spot as an EIR and figure out what their next step will be.  Palihapitiya says that talent needs this time as EIR to get their bearing and figure out what direction they want to go.  In the past year, Palihapitiya has been able to snag several key product managers from Facebook.  What was the goal for these individuals?  Simply to network and figure out their next play in their career.  He says that the best case scenario is that they will begin to team up with other product managers who have aligned interests and create their own startup.  If FBVC existed, maybe some of these managers would have opted to stay with the company, since it would allow them to still be a part of Facebook without having to work on executing the product or the business.

Apple has gone a different direction than Google, using a general investment strategy that acquires talent and companies that fit the technology and product strategies of Apple.  They have made it very clear that they are a closed environment, and once you leave Apple, your cut off from the mothership.  Google has instead created a network of ecosystems that allow it’s employees to jump to different positions without being stripped over their Google DNA.

Facebook will eventually have to decide if it wants to go down the Apple-path or the Google-path.  But as Facebook grows into the Internet giant it has already become, it will need to stay on top of it’s game and do everything in it’s power to avoid stagnation that leads to disruption.  This means acquiring the best talent and working on keeping them there for the long-haul.  Providing this second option of the company could very well be the right incentive to do this.

Advantages And Main Features Of The CRM Systems

Changing Competition with The Internet of Everything

The Challenges Of An Ever Evolving Internet

Serious Legal Businesses Need a Solid Foundation:  Does Your Firm Have...