London’s Tech City just celebrated its third anniversary and is now working closer with the government with the expansion of the exceptional visa program designed to allow international talent. This was in addition to an announced round of £15.5 million of additional funding for tech start-ups. The funds will be the responsibility of the Technology Strategy Board, with £12.5m used for research and development, and three £1m packages that will be competed for by regions that want to create new tech hubs.

UK Prime Minister David Cameron stated his aim is to “make Britain the best place in the world in which to start and grow a business”. Tech City, a local Government-backed organisation working to stimulate the cluster of internet startups around the Shoreditch area, will vet applications with the Home Office. 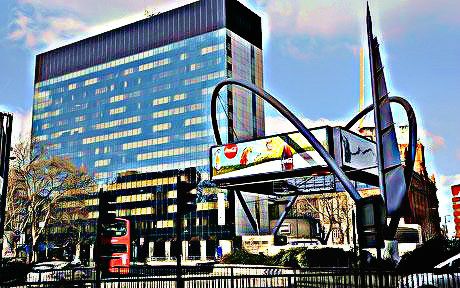 You could argue that there are other tech hubs more qualified to do so, for example Cambridge is a region that has produced tech firms that generate millions of pounds of revenue, and has been doing so for the past 15 years. It will be interesting if other regions in the U.K. are also afforded the opportunity to draft in talent. Cameron himself said: “The combination of the right policies, the right people and the right programs, backed by a Government that listens and takes action, has led to some of the world’s best entrepreneurs and their companies choosing the UK as their home.”

Also wrapped up among Tech City’s birthday gifts was the launching of a partnership between EE and Tech City. The partnership will offer recognized technology businesses in the area, enabled access to EE’s 300Mbps 4G network, infrastructure that is vital to any startup. The decision for all these initiatives was perhaps made easier by the fact that 27% of all job growth in London comes from the tech/digital sector, with approximately 582,000 people now employed by the tech/digital sector.

In addition, major tech and digital companies have been located into Tech City in the last 3 years from global markets including the US, Europe and Asia. Joanna Shields, Tech City CEO and Ambassador for Digital Industries, stressed that the economic impact generated by creative and innovative digital businesses is not only supporting U.K recovery, but as the new data shows it has ensured our lead as one of the world’s leading digital economies. Shields was no doubt referring to the fact that global tech companies like Google, Amazon and Samsung, have all recently established development centers in Tech City.

Now here is a sobering development amid the positivity, Tech City News has shockingly reported that Tech City UK remains one of the most “secretive public organisations” in Britain. Surprised? I certainly was on Friday, when I read that and I offer kudos to their editor Alex Wood, for taking the stance to highlight that fact. The report says that Tech City UK refused to hand over information about their annual budget ahead of the third anniversary last week. I think this revelation raises cause for concern, especially when it comes to transparency and the grave responsibility of granting visas, it also gives gravitas to the idea, that more established tech hubs share not only in the added responsibility of vetting fast track visas, but government giveaways as well.

Revolutionary DisruptiveTechnologies To Watch Out For in 2016 Part 1