Video gaming has changed a lot since its inception decades ago. Combine that with our
ever-increasing tech advances and the internet’s influence on how we interact with the
world, and it’s easy to see how gaming has shifted from after-school hobby to full-on
lifestyle. If you are keen to get right into the gaming atmosphere, be sure to be equipped with all your gadgets like a great gaming laptop from Razer’s website (https://www.razer.com/gaming-laptops), a user-friendly gaming mouse and all the other accessories.

Today, we’re going to look at the difference between RPG games, and MMORPG
games. As it turns out, it’s a big one.

RPG stands simply for “role playing game”. There are a few factors that classify RPGs
as such. Roleplaying, of course is key here – you take up the mantle of a fictional
character. The best RPGs will involve you traversing a fully fleshed out world to become
immersed in.

Even prior to the boom of home video game systems, RPGs were very popular among
groups of friends who played games like Dungeons and Dragons.

However, in years past, RPG video games were really just you, solitary, occupying a
fictional reality. You were essentially playing “against” a computer. MMORPGs changed
all of that.

MMORPG stands for “massive multiplayer online role playing game”. “Massive
multiplayer” in that you are accompanied on your journey by many others live players,
and “online” as you are all linked together and able to communicate via the internet.

Are MMPORGs like Final Fantasy XV better? Well, they certainly have some benefits
over traditional RPGs that are typically played alone.

Both are very good at teaching players how to multitask, as they must keep their eye on
various stats related to things like health, supplies, et cetera. All the while, they must
continue to keep things moving forward, often completing missions, winning battles, and
more.

Both are also great for coordination and imagination. These games tell stories, and
players get drawn in by the history, strengths, and relationships of the characters. Taking an interest in storylines like this helps foster creativity in those who regularly play
them. Superior hand-eye coordination is a sure sign of any serious gamer, who is able
to utilize fine motor skills in play at the exact same time their eye is trained on the
scene.

But as time has worn on and MMORPG has edged out much traditional RPG play, the
quality has improved dramatically.

Finally, there’s the social aspect. We previously considered gaming to be a solitary,
nearly antisocial activity. But with MMORPG, players interact with other real, live
players. This interaction helps socialize shy or reclusive players who game because
they feel stressed out by making plans to socialize in the real world.

However, over time, small social interactions don’t seem as frightening. In fact, they
may have built enough confidence through their MMORPG community to take on
leadership roles within their preferred game.

Across MMORPGs, we see various other relationship-oriented skills emerge. Players
learn about teambuilding, equal distribution of responsibilities, and cooperation, as well
as having the courage and confidence to compete.

All in all, MMORPGs destroy the myth that role players are antisocial and awkward, as
they increasingly seek each other out to have fun, let their imagination run wild, and
learn valuable life skills.

Do I qualify for a Medical Negligence Claim? 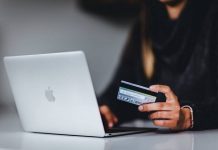 How Can I Accept Payments Without a Physical Store? 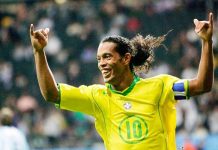 All About the Fascinating World of Photogrammetry

5 Reasons for Your Startup to Start in the Cloud