Douglas Van Praet of FastCompany argues that while decision making is controlled by our emotions, brands should still give people a logical lifeline.  The choice to use rational or emotional advertising has been debated over time and time again, but cognitive science has shown that this argument is virtually pointless.  Emotions can drive behaviour, but it is a common misconception that thinking and feeling are somehow mutually exclusive in their own entities.  Emotions and logic are weaved together in the quilt of life, and both equally impact the other in the decision of making a purchase.

Praet brings to light a new theory that behaviour science is now riding on the concept of “free won’t” instead of “free will”.  We can choose to make a rational choice, such as not using a fork that has fallen on the floor of a dirty restaurant, but we can’t control the emotions we feel in that situation.  Some of us get angry.  Others shrug it off or find humor in it.  Whatever emotion we do feel in that moment, we can’t control it’s presence.

According to Ekhart Tolle, a philosopher and author of “A New Earth”, emotions are purely the brain’s responses to thoughts.  Emotions are generated in the unconscious mind and the only control we have is our reaction to them.  The more aware we become of our emotions, the better we become at controlling them.  Praet says that this is the definition of consciousness — a series of reflections and the surfacing of emotional awareness.

Praet discusses how when we define ourselves with a certain brand, we develop a sense of self through that brand and our main intentions and ambitions begin to gravitate toward that brand.  We constantly look to justify and find reasons for the wrong-doings of our beloved, trusted brands.  He states:

“We are not rational, we are rationalizers”.

This is deeply embedded in everyone’s mind, and the stronger our identification is with a brand, the harder we try to find supporting evidence for why they are the right choice, while others are in the wrong.

Justin James of Business2Community talks about how emotional appeal can be a very powerful form of advertising, but is meant for the short term.  The famous cancer 13-year-old caner patient, Talia Castellano, appeared on the Ellen DeGeneres Show after posting some make-up tutorial videos on Youtube.  Shortly after, she became a trending topic in America, and passed away on July 16th, 2013.

James discusses how Talia’s legacy could inspire a product line by CoverGirl that would have fans “lining up at the door to support her memory”.  CoverGirl could also donate a percentage of the proceeds to the American Cancer Society or any others that help to treat the disease.  This play on emotional advertising can temporarily boost profits, but is not effective for long-term growth.

Praet also discusses how reacting to logical interpretations at the expense of our emotions can create problems when people in survey research and focus groups find reasons to explain their feelings about new products.  Respondents will invent ideas about their beliefs based on an emotional response instead of logically and rationally thinking about the application of the idea.

When James Dyson invented the container for Dyson vacuums that allows users to see how much dirt is inside and easily empty the container, retailers warned him that “no one wants to see dirt”.  When Dyson ran a survey, respondents confirmed the retailers beliefs, saying things like “dirt is disgusting”, or “nobody wants to see it”.  As we all know, this ended up being far from the truth, and now virtually every vacuum is equipped with a similar device.

Praet exclaims that if you want people to buy what you’re selling, you have to give them logical permission.  With Dyson, the everyday household item was turned into a fashion statement.  It’s made out of beautiful polycarbonate plastic with flecked aluminum, and was initially sold by Paul Smith, a prolific fashion designer in London.  He also communicated to the public how innovative and one-of-a-kind the new vacuum was, using terminology like 924 miles per hour sucking-power, or giving it an edgy, technological sounding name — G-Force Dual Cyclone.  He created a brand image that screams “premium quality” to the public.

The point is that companies need to logically justify to their customers the need their product is filling, while also demonstrating why it’s better than the competition.  Dyson did it through an innovative design coupled with sleek, high-fashion elements.  The logical and the emotional mind must both be satisfied in order for a customer to feel comfortable and not experience post-purchase anxiety.  It all comes down to investing in innovation and giving 100 percent of your ambition, drive and passion towards the product. But of course, for those that lack this level of imagination, you can explore essayservice.com to provide whatever essays or compelling marketing materials you need. 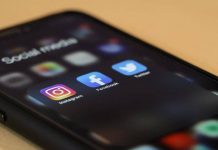 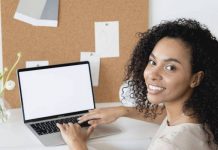 How can one make Email Marketing for Ecommerce Effective in the Long Run? 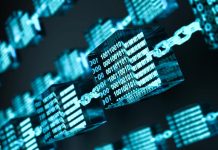 The Changing Nature Of Work