Based in the US, India-born Amrita Sen is a successful designer, singer, producer and entrepreneur, with particular expertise in the entertainment sector. Currently producing the Indian adaptation of John Le Carre’s ‘The Night Manager’, she also creates original Indian-themed art, furniture and clothing as the head of Amrita Sen Designs. With a B.S. from UPenn and an MBA from Harvard Business School, Amrita serves on the Board of Overseers of the Weitzman School of Design at UPenn.

After Vault was dissolved in 2011, Sen took a leap of faith into the music industry by successfully auditioning as a backing vocalist for Slumdog Millionaire scoremaker A.R Rahman, and performing ‘Jai Ho’ with him at the Academy Awards in 2009. This launched Sen’s career as a prominent Bollywood playback singer and musician, during which she performed and recorded with several major artists and musical groups, including Justin Timberlake, Weezer, Timbaland, Pitbull and the LA Philharmonic. Most recently, Amrita scored and performed in Leonardo DiCaprio’s HBO climate change documentary Ice on Fire.

1. Introduction: Guarda and Sen discusses her youth in India and formative experiences.

2. Education: Sen describes her time at UPenn and Harvard and how her alma maters prepared her for a career in business.

3. Mentorship: Guarda and Sen discuss the prominent people who have shaped her life.

4. First career highlights: Guarda and Sen discuss the highlights from the first half of her career, focused especially on Vault, the product licensing firm with high-profile celebrity clients, where she was CEO.

6. Slumdog Millionaire: Guarda and Sen discuss her unexpected national debut at the 2009 Oscars, performing the hit song ‘Jai Ho’ from the Slumdog Millionaire soundtrack by music legend A. R. Rahman. The number won the Academy Award for Best Original Song later that evening.

7. New horizons: Guarda and Sen discuss how this pivotal life event opened up new directions for Sen’s career, in the music industry in particular. She explains how she went on to work with household names such as Timbaland and Justin Timberlake.

8. Design: Guarda and Sen then turn the discussion to her equally impressive career in furniture and fashion design, sharing the origin stories of her brand.

9. Books: Guarda asks Sen about her book ‘Cosmic and Eternal Love: An Everlasting Story’ (Galison: September 2016), which she wrote and illustrated herself.

10. Present paths: Guarda and Sen discuss where she stands now in relation to her overall career.

11. Thoughts for the future: Guarda asks Sen about her views for the future of the creative industries, focusing in particular on technological trends and how these might be used appropriately by artists to increase their visibility and remuneration.

12. Last words: Guarda and Sen discuss how society needs to change in order to incorporate technology for a beneficial social impact on art and creativity.

Interview with Calvin NG, General Partner at Plutus VC – How To Successfully Manage a $200 Million Blockchain And Innovation Fund

Interview with Prof Xiaolan Fu, Director of the Technology and Management Centre for Development TMCD – University of Oxford, Founder OxValue.AI

Interview with LaMondre Pough, CEO of Billion Strong, Mentor, Recognized Leader for the Community of People with Disabilities

Interview with Richard Haigh, Managing Director at Brand Finance, BA from University of Oxford, Lecturer – “Bridging The Gap Between Marketing And Finance”

• About her transition into Music and Film

Vault was my main strategic alliance [because of the partnerships I had forged as CEO], and when the firm dissolved, I didn’t aggressively chase after the new entity. I was open to it but I didn’t chase […] my previous owners and say “Hey, you’re starting a new company, let me come with you.” Instead, I went home. I took naps. […] I felt like my time was opening up. I still had clients, of course, who were keen to see where I was going to take my practice next. But, [not succumbing to the pressure, I found that in those crucial moments of silence which I cultivated],  you learn to shorten your lines. What I mean by that is that when I was running my business with these big strategic alliances making me busy 24/7, my lines were very long: it would take forever to organise a meeting with me because I was just fully booked. I barely had time to call people back. But then, as I chose not to join CNA or UTA, I was suddenly calling people back faster; responding to emails faster; because I had more time. In the process of just being more available, I was able to practice singing, play the piano, and enjoy doing things I never had the time to do. And these amazing opportunities started to show themselves to me [in this newfound free time]. That’s when ‘Slumdog Millionaire’ came along. […] That 20% extra spare time allowed me to appreciate the film [in a  way that I wouldn’t have if I were still working as hard as I used to].

• About her thoughts for the future of the creative industries

‘I work primarily with musicians, digital artists, e-commerce artists – a highly creative business format – and screenwriters,’ Sen explained. ‘Fundamentally, [what all artists want to do] is control their IP.’ Sen believes new technologies like NFTs may help solve what she sees as a deluge of online art which never rewards the artist due to a lack of authenticity certification. She criticised ‘the concept of overposting everything we do, including high res versions of our own digital art, on Instagram, so that anyone can take a screenshot and print it’. NFTs are a solution because they ensure that any screenshot trying to pass as the real thing is invalidated by the lack of authentication.

Overall, Sen advocated for more restraint. She underlined the distinction between promotional platforms and consumer platforms, highlighting how important it is for them to work together:

There are teaser platforms out there designed to be promotional [of art], and then there are platforms, I believe, which are truly meant for consumption. A YouTube link to a trailer, for example, is a great promotional vehicle for the consumption of a full miniseries on a subscription service like Netflix or Amazon Prime.

But, even more crucially, she highlighted the role of the artists themselves: ‘You have to be very intelligent [when deciding what to do with your art],’ she said, explaining that there is a time to share art but also a time to guard it. ‘You shouldn’t be vomiting out content,’ she playfully concluded. ‘That’s no way to actually sustain a living [as an artist].’

Born in India, Amrita Sen studied Finance at the Wharton School of the University of Pennsylvania 1988 to 1992, before obtaining an MBA from Harvard Business School which qualified her for the position of CEO at Vault, a product licensing company which nurtured her professional relationships with eminent music performers and producers. At heart, Sen was always more of a performer than a performer’s product licensing manager: she grew up with a mother and aunts who were all classical Indian singers and, as a child, she performed extensively at major venues like Madison Square Garden.

Her transition into professional musicianship in 2009 has been met with critical acclaim: for her career-making performance of Jai Ho at the 2009 Academy Awards to her work in electronic music. Widely regarded as one of the chief singers of Indian music in the United States, Amrita has provided music for major film soundtracks, television shows and pop albums, making appearances on The Tonight Show with Jay Leno and The Oprah Winfrey Show. In addition, Amrita was the featured Hindi singer in the song “Love is the Answer” performed by the band Weezer, in their album ‘Ratitude’ (2009). She has also performed and co-written two songs with Ozomatli for their album ‘Fire Away’ (2010). Finally, since February 2010, Sen and her brother Ananda have been the featured Indian musicians for Sprite’s worldwide music campaign alongside chosen performers from Africa, South America, and China.

Since then, Sen has ventured into other types of creative work, notably visual art and design, for which she combines the creation of original artistic content with her extensive business experience to commercialize unique products at retail and on-the-air. As owner and director of Amrita Sen Designs, Sen creates original Indian-themed art on successful lines of fashion and furniture products, which have retailed at Wayfair, Walmart, Barnes & Noble, Bed Bath & Beyond, NBC Store, Dillard’s, and Nordstrom so far. Many of these have been exciting collaborations, for example when Sen partnered with MAC cosmetics and with Dillard’s and Nordstrom on a loungewear collection.

Sen has also ventured into illustrations: her illustrated picture book, ‘Cosmic and Eternal Love’, was launched through a Barnes & Noble end-cap program nationwide, and featured prominently at Barnes & Noble, Amazon and Walmart. In addition, Amrita debuted a project named BollyDoll at Art Basel Miami in 2011, where she exhibited 26 colourful back-lit illustrations.

Finally, thanks to her background in film scores, Sen has carved a niche for herself in the film industry as well. Her Indian adaptation of John Le Carre’s The Night Manager, currently in production, stars A-list actor Hrithik Roshan, for Disney Plus Hotstar. Amrita also has a production slate deal with Roth Kirschenbaum films, which include projects the WWE, John Cena, Tiger Shroff, among other high budget Hollywood Bollywood films slated for release in 2022. 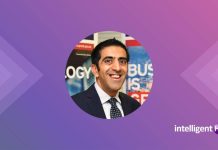 Blockchain For ESG And Financial Inclusion: Hirander Misra, Chairman And CEO Of GMEX Group, In The Latest Episode Of Dinis Guarda YouTube Podcast

Why Is Safety In The Workplace So Important?