The United States is for the moment a global superpower, in terms of military might and economic power. It is also a superpower in the academic world when it comes to prestige. The Times Higher Education World Reputation Rankings 2014 has seen the powerhouse secure 46 of the top 100 spaces. It has eight places in the top 10 and occupies the top three. Harvard University comes in at the number one position, a position it has held since the tables were first published. Perhaps because American universities have been around for at least a century, they are perceived as must attend key academic institutions.

The Times Higher Education World Reputation Rankings 2014 list is done employing a process that implies inviting the world’s academic opinion in a exclusive survey to provide one of the most influential the definitive list of the top 100 most powerful global university brands. Bellow teh top 50 Universities in the ranking

“When it comes to the planet’s most prestigious universities, the U.S. is the undisputed champion of the world, its dominance is quite extraordinary. Its universities take almost half of the top 100 places”, said Phil Baty, editor of Times Higher Education Rankings in a statement.

The reputation rankings when examined closely however reveal an interesting fact. London is able to field more top universities in a single city. A total of six universities in the United Kingdom’s capital secured places in the top 100 ranking.

The 2014 rankings, is based on 10,536 responses from 133 countries to Thomson Reuters 2013 academic reputation survey, carried out in the spring of that year. Respondents are research active scholars publish regularly and have an average of 18 years experience in the higher education field. The institutions from London that are ranked the highest are Imperial college in 13th place, followed by the London School of Economics and University College London. Kings College London is an institution to watch as it sped up to charts, to occupy 43rd place, a massive achievement from number 70.

The results will solidify London’s growing reputation as a global center for technology, research and higher education. Its universities reputations are only bound to increase. Why? A school’s reputation is important, said Simon Marginson, professor of international higher education, Institute of Education, University of London in a press release.

“A university’s reputation for academic excellence is absolutely vital to its success: it drives student and faculty recruitment, international research partnerships, and helps to attract philanthropy and industrial investment. And while reputation is based on subjective opinion, in this case it is the informed, expert opinion of those in the know: experienced scholars from around the world”.

The infographic below shows movement of universities in the rankings: 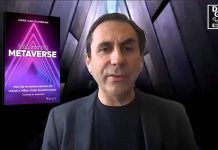 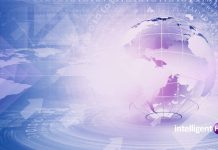 Five Ways Robotics Is Changing the Food and Agriculture Industries