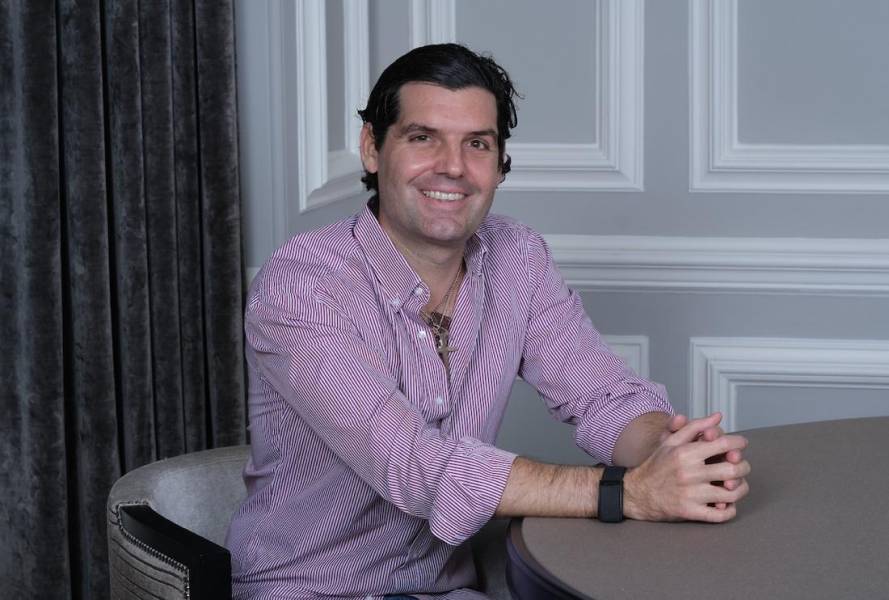 Leopoldo Alejandro Betancourt Lopez has degrees in business and economics and has been involved in everything from establishing banking systems to bringing nuclear power to his native Venezuela.

He continues to look for projects to invest in worldwide that he believes have potential for financial success but, more importantly, can benefit the greater good. His efforts go beyond writing cheques: he likes to be an active part of the organization, applying his considerable business skills to help a company scale to new levels.

So far, these efforts have included everything from Hawkers, a line of high quality but affordable sunglasses with interchangeable lenses to Auro Travel, a ride-sharing service in Spain that’s changing that country’s model of transportation.

Leopoldo Alejandro Betancourt Lopez is proud of all the success that he’s had and how his efforts have already helped communities, but he’s also quick to point out that the real secret ingredient is other people.

Then, he said, that company gains more of the forward momentum is needs to gather and is able to evolve into a true success story.

One of the better recent examples of Leopoldo Alejandro Betancourt Lopez collaborating with top talent is in the area of Hawkers, which are becoming a popular brand of sunglasses worn around the world, by everyone from top celebrities to the anyone wanting to look good and not spend a ton of money.

Prior to 2010, sunglasses were either restricted to high-end brands with high-end price tags, or low-end brands that were cheap, broke easy and looked lousy.

But a group of college students from Spain found some inexpensive ones in the U.S., imported them, and started selling them online. People responded positively to the glasses – they had interchangeable lenses, and with a low price point you can buy several pairs and not break the bank. You also wouldn’t get to upset if a pair were lost or broken like you might with the fancy ones.

Because interest was so high and orders kept coming in, the owners began looking for a better manufacturer.

But even with high orders, the company wasn’t financially stable or profitable in its first years.  It even lost money, which led the owners to start seeking either investors or mentors or both.

They ended up connecting with Alejandro Betancourt in 2016.  He had a track record of bringing the Internet, banking and nuclear power to Venezuela along with investments in other countries.

He was immediately impressed with the concept of Hawkers. The glasses didn’t directly help the world like nuclear power, but they did help people feel good about themselves by boosting their style and not hurting their budget.

Sunglasses are also an easy product to convince people to buy, and Hawkers were designed to go great with any occasion or any outfit/style.

Along with providing an infusion of funding to help Hawkers grow, he also applied his business experience to help in other ways. He became the company’s president and found ways to expand sales into more countries.

One of the companies Leopoldo Alejandro Betancourt Lopez enjoys following is Uber. The ride share company allows anyone to drive anyone else around in their own vehicle – and pay them for it.

“I’m very interested in understanding how this player has moved into a very traditional sector and has been able to completely disrupt the order of how the value is distributed between the different participants,” he said.

While the drivers, vehicles and passengers are important, he’s also been interested in the technology that connects them all – an app that handles routes, payments, and requests. It’s a huge leap forward from taxis, limos, and even buses where you either have to call in advance or follow a certain schedule.

Leopoldo Alejandro Betancourt Lopez was especially interested in doing something similar in Spain.

However, the Spanish government has been cautious about moving too far into the ride-sharing space, so they limit the number of licenses available. They didn’t want to create too much competition or increase too much traffic either.

Leopoldo Alejandro Betancourt Lopez and others put together a company called Auro Travel, which includes an app to allow people to plan trips. A related division also began acquiring some of the available ride share licenses.

Leopoldo Alejandro Betancourt Lopez has been excited about the partnerships he’s already established and is always on the lookout for more.

He said single players who make everything happen won’t get as far as a group of like-minded individuals committed to a project.

“If you want to be substantial and make an impact on whatever you’re trying to transform or achieve, and it’s substantially significant, you’re going to need the right team,” Betancourt Lopez said. “Even championship swimmers still have the right trainer, the right coach, the right instructors, even the right driver to get you where you’re going – it all matters.”

Nurturing Startups And Innovations In The Web 3.0 Space: Gregory Griffiths,...

Finding The Best DUI Lawyer Near You