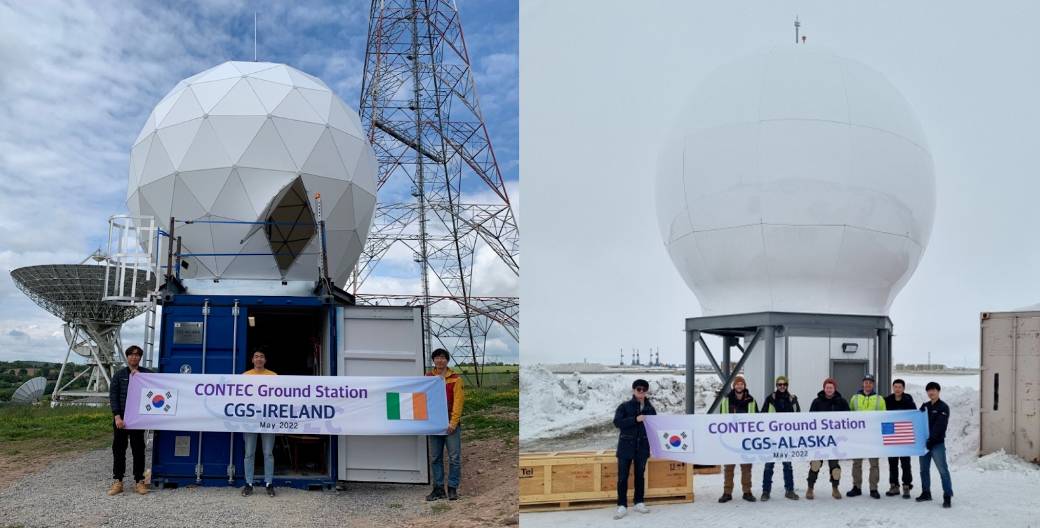 Once KSLV-II reaches the target altitude and separates the Performance Verification Satellite(PVSAT), ground stations receive data from the satellite including its current location and status. CONTEC, operating ground stations in Asia, North America and Europe provided such ground support of data downlink and processing for the launch mission of KSLV-II.

CEO of CONTEC, Dr. Sunghee Lee said, “As a former researcher of KARI who participated in the Naro(KSLV-I) mission, it means a lot to support the new launch vehicle of Nuri with my own business.” CONTEC plans to build 12 ground stations in 10 countries this year for wider service coverage, and will further expand its global network of ground stations to Australia, the Middle East, and South East Asia. He added, “if private companies are given more opportunity to participate in the national space development project, growth of the space ecosystem in Korea will be able to accelerate even more.”

In early June, CONTEC announced a $50 million Series C funding round. CONTEC has raised a total of $61 million including $11 million in Series A funding. The company also disclosed its plan to go public in 2023 with Daishin Securities leading the IPO management.